‘Game Over’ for Democracy in Rwanda

In an interview on the worsening political repression in his country, exiled Rwandan activist David Himbara says “almost everyone in Rwanda is watched.” 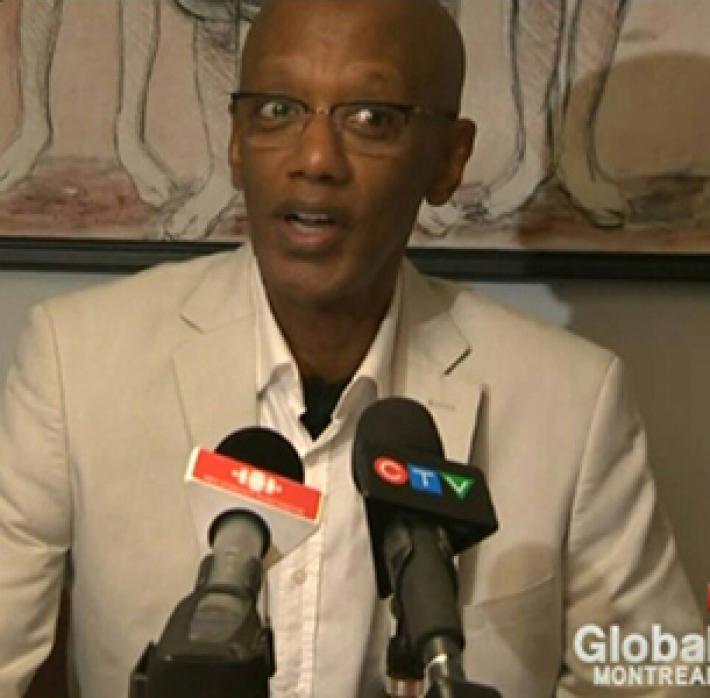 More than 20 years after the genocide, Rwanda has become one of the most repressive countries in Africa, continuing its antidemocratic trajectory as the government works to close civic space in the run-up to the contentious 2017 elections. Despite these conditions, Rwanda is perceived as a “stabilizing” factor in an increasingly volatile region, causing many to fear that its deteriorating human rights record will be overlooked. 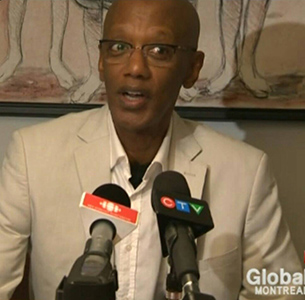 David Himbara is the United States and Canada coordinator for Democracy in Rwanda Now and recently testified before Congress on the worsening human rights situation in Rwanda. He spent six years working for President Paul Kagame, most notably as chairman of the Rwanda Development Board, where he was instrumental in spurring Rwanda’s economic development. After recognizing the increasingly violent nature of the Kagame regime, Himbara fled to South Africa in January 2010, where he was subjected to harassment and threats. He was eventually forced to flee to Canada in 2013.

Himbara recently sat down with Freedom House to discuss the Rwanda’s democratic future, economic development, and the role the international community can play in the lead-up to the next elections.

Do the upcoming elections in Rwanda bring any hope for opening and democratization?

I do not see any hope of democratization in Rwanda in the near future. On the contrary, Rwanda is already embarking on a constitutional amendment that would allow President Paul Kagame to rule the country indefinitely. The Rwandan constitution is unequivocal with regard to term limits. Article 101 of the constitution states that “the President of the Republic is elected for a term of seven years renewable only once,” and that “under no circumstances shall a person hold the office of President of Republic for more than two terms.”

In light of this strongly stated constitutional term limit, Kagame is playing a clever game. On the one hand, he publicly says that he doesn’t support a constitutional amendment, quickly adding, however, that if Rwandans wish him to continue to serve, it is their right to do so. On the other hand, he has unleashed the Rwandan police state to intimidate the population into “demanding” that he stay in power. More than three million Rwandans are said to have already signed a petition asking parliament to amend Article 101. It is game over.

You experienced intimidation and harassment from the Kagame regime. What is the operational environment like for political dissidents and human rights groups in Rwanda?

Rwanda is so tightly controlled that I no longer regard it as a mere dictatorship but a totalitarian state. In Uganda, for example, President Museveni has ruled for almost 30 years. He uses all means to stay in power, including intimidation and harassment of the opposition and media as well as vote rigging. But most Ugandans go about their business, indifferent to a regime that delivers very little to them. The state is disconnected from the everyday life of the average citizen. I describe Uganda as a dictatorship.

Rwanda has gone beyond this. Genuine opposition figures are either in prison, in exile, or dead. Members of the approved opposition are part of the Kagame regime and have called for the constitutional amendment to allow Kagame to become president for life. More crucially, largely unnoticed by the outside world, the Rwandan state machinery has descended on every town and village, forcing millions to sign the petition in support of the amendment.

Indeed, penetration of the administration to the village level facilitates a comprehensive surveillance system whereby local functionaries are enlisted as watchers. And almost everyone in Rwanda is watched.

The drive to control every aspect of citizens’ lives is what defines totalitarianism. This is the case in Rwanda. All-encompassing propaganda campaigns are disseminated through ruling party–controlled media, and the regime uses political repression, personality cultism, restriction of speech, and mass surveillance to maintain Kagame’s grip on power. I believe all of these features distinguish Rwanda from mere dictatorship. And in the Rwanda case, use of terror is no longer limited inside its borders. Assassination campaigns have struck in neighboring countries and as far away as South Africa. In this environment, political opponents and human rights activists have no chance whatsoever.

Supporters of the government often use Rwanda’s economic success as justification for the restrictions on certain freedoms. How do Rwandans feel about this supposed trade off?

Economic success is part of Kagame’s propaganda that does not hold water. Apart from Burundi, Rwanda remains the poorest country in East Africa, according to the World Bank Development Indicators. Rwanda’s per capita income of $638 compares negatively with Kenya’s $1,245, Tanzania’s $912, and Uganda’s $657. Rwanda is also the most dependent on foreign donors, with official development assistance per capita at $97, and nearly 40 percent of its national budget funded by external sources. Moreover, the economic development that has occurred has benefited very few: Nearly half of all income is controlled by the top 10 percent of the population, while more than 80 percent of Rwandans still live on less than $2 per day. The choice between democracy and economic transformation in Rwanda is false—neither is in the cards at present.

What is the way forward for democratization in Rwanda? What role can the international community play?

Internally, the prospects for democratization appear dismal in Rwanda. The international community can play a bigger role, however, if it chooses to do so. The country best-positioned to leverage its influence and tell the Rwandan regime that enough is enough is the United States. Washington’s influence with Rwanda is fourfold: 1) it is the largest donor, contributing $110 million a year on average; 2) it trains, equips, and transports Rwandan peacekeeping forces; 3) it has provided Kagame with immunity against a lawsuit regarding alleged acts committed prior to his becoming head of state; and 4) it gives Rwanda diplomatic support at the United Nations whenever the regime gets into trouble. Due to powerful friends in and outside government in the United States, however, Rwanda gets the wrong message that it can get away with anything. There is little hope of a more democratic Rwanda if the international community continues to refuse to hold the Kagame regime accountable for its actions.