Got Problems? Don’t Call a Strongman

Unchecked power may look like a quick way to address pressing challenges, but the results are often catastrophic in practice. 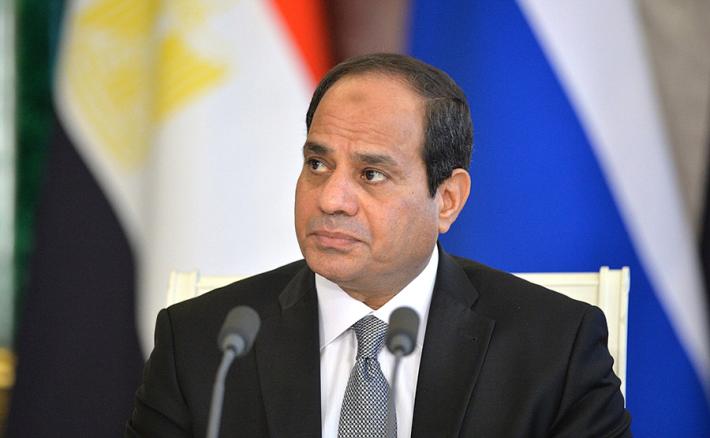 Unchecked power may look like a quick way to address pressing challenges, but the results are often catastrophic in practice.

However much they may appreciate the benefits of their own systems, observers in democracies sometimes watch with envy or admiration as foreign strongmen smash through obstacles to implement their desired policies.

But events in three key countries last year illustrated once again that these bold enterprises often founder due to the very lack of checks and balances that initially seemed so advantageous.

Egyptian president Abdel Fattah al-Sisi, who seized power in a 2013 coup, has been praised by some democratic politicians—especially those on the right—for toppling an unpopular Islamist incumbent and ruthlessly cracking down on both the former president’s peaceful supporters and an armed insurgency led by the Islamic State militant group. Sisi is held up as a promising partner in the fight against Islamist terrorism.

A closer look at his performance reveals not just a feckless and thuggish security apparatus that has failed to quell the insurgency, but also a pattern of corruption and economic mismanagement that is bringing Egypt to its knees. The ongoing violence and political repression have crippled the vital tourism industry. Billions of dollars in aid from the Persian Gulf monarchies have been wasted, partly on megaprojects of dubious value that enrich regime cronies. And in 2016 the government began implementing austerity measures in exchange for an emergency bailout from the International Monetary Fund, driving up prices for food staples and angering an already desperate population.

Former Venezuelan president Hugo Chávez earned foreign admirers—in his case on the political left—by nationalizing private industries, taking on the moneyed classes behind the country’s conservative political establishment, and redistributing wealth to the poor through a variety of housing, education, and social programs. He also denounced U.S. “imperialism” and used his country’s oil wealth to support likeminded governments across the region.

By 2016, the regime Chávez built, now in the hands of his chosen successor, Nicolás Maduro, was facing economic and political collapse. The national oil company had been hollowed out by corruption, political projects, and neglect under Chávez, long before the arrival of low global oil prices. The currency, weakened by the world’s highest inflation rates, made it difficult to import basic goods including food and medical supplies, leading to chronic shortages and repeated riots during the year. And Maduro, relying in part on the regime’s control of the courts, responded to an opposition victory in recent legislative elections by stripping the legislature of meaningful power and blocking a presidential recall referendum, effectively cutting off the only route to an orderly change of leadership.

Ethiopia, ruled since 1991 by the authoritarian Ethiopian People’s Revolutionary Democratic Front (EPRDF), has long been a darling of democratic donors, who portray it as a haven of economic progress and stability in an insecure region. They effectively argue that the regime’s vigorous suppression of political dissent and media freedom is excusable given its proven ability to carry out ambitious development projects and deliver impressive rates of macroeconomic growth year after year.

However, protests that began in late 2015—in response to a controversial development project that would have expanded the capital into neighboring regions—grew throughout 2016. The security services used deadly force, and demonstrators raised accumulated grievances including ethnic discrimination and long-standing exclusion from the political process. As many as 1,000 people may have been killed, and more than 20,000 were detained under a state of emergency declared in October. The protests were supported by many members of Ethiopia’s two largest ethnic groups, and although they have subsided somewhat under the ferocious crackdown, there is still a risk that such unrest could begin to unravel the EPRDF’s accomplishments in the economic and security spheres.

A version of this article was originally published with Freedom in the World 2017.