Disproportionate and politicized responses to the spread of COVID-19 could lead to civic unrest in countries where trust between citizens and government is frayed. 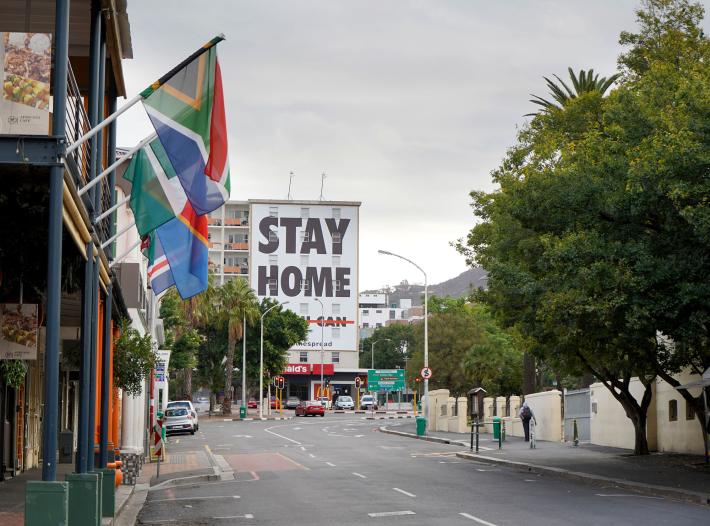 Streets in Cape Town are empty under the Stay at Home restrictions due to the coronavirus lockdown. Editorial credit: fivepointsix / Shutterstock.com.

As COVID-19 spreads in Southern Africa, the drastic social and economic consequences of prevention efforts and of the disease itself, combined with the militarized response of some governments, risk fueling community resistance and stalling efforts to contain the pandemic. Across the 16 countries of the Southern Africa Development Community (SADC), emergency measures are being instituted to slow the spread of the virus. But throughout this region of nearly 350 million people, decades of government failures to effectively tackle endemic poverty and widening inequality, a lack of investment in public institutions, widespread corruption, flawed democratic systems, and impunity for rights abuses have eroded citizens’ trust in governments and their ability to effectively respond to and mitigate the effects of a crisis such as COVID-19.

Malawi: A Warning for the Region?

Consider, for example, Malawi, where civic unrest in response to a proposed national shutdown highlights the disaffection many citizens feel toward their governments, as well as the dangers of emergency rule in a situation where trust between society and the government has frayed.

On March 20, the government of Malawi declared a state of disaster and introduced a number of measures to contain COVID-19, including the suspension of public gatherings and the closure of schools. The measures, in particular the ban on public gatherings, were met with skepticism by the opposition and human rights activists in light of significant mistrust and political uncertainty in the country: in February, the Constitutional Court had overturned President Peter Mutharika’s May 2019 reelection due to irregularities in the polls, and set a rerun. Meanwhile, his administration has threatened and arbitrarily detained human rights defenders, and purged the army and other government institutions of independent officials.

On April 17, the government announced plans for a nationwide shutdown to further limit COVID-19 infections. In response, informal traders demonstrated in the main cities and districts of the country, citing the government’s failure to include provisions that addressed the impact of the shutdown on the informal sector and vulnerable communities. Police responded to the largely peaceful protests in some instances by firing tear gas and clashing with the demonstrators.

On the same day, the Malawi Human Rights Defenders Coalition sought and won an injunction to stay the lockdown for seven days, in a move meant to force the government to consult with civil society groups and other stakeholders. Following a judicial review, the High Court extended the stay by five days and the referred the case to the Constitutional Court. While the court has not yet heard the case, if the lockdown goes ahead, the government’s failure to address the needs of citizens, combined with the heavy-handed response to citizen concerns, may spur further protests.

This precarious situation arrives as Malawi prepares for the presidential election rerun, set for July 2020. There are rising concerns Mutharika could use the pandemic as a pretext to clamp down on civil society activism and opposition rallies ahead of the poll.

Similar scenes could play out elsewhere in the region. All countries in the SADC, with the exception of Lesotho, have reported COVID-19 infections. All countries in the region have instituted emergency measures like Malawi’s, including partial and total lockdowns, restrictions on domestic and international travel, border closures, bans on public gathering, and limits on the movement of people. At least 12 have implemented states of disaster or emergency. In Botswana, South Africa, and Zimbabwe, lockdowns have been extended, as states intensify efforts to combat the spread of the disease.

South Africa, already facing an economic recession, has over 7,000 confirmed COVID-19 cases, the highest number in the region. The government declared a national state of disaster on March 15 that shut down much of the country, and has been widely commended for acting decisively in response to the pandemic. However, serious concerns remain over excessive use of force and brutality by the police and the army. For example, on April 10, a soldier was arrested for beating a man to death in the Alexandra township of Johannesburg, as security forces attempted to enforce the shutdown. Human rights organizations have reported several other killings and numerous incidents of beatings, harassment, and unlawful arrests by the security forces. Police have also carried out violent evictions and demolished the homes of people in informal settlements in Cape Town, leaving many without shelter.

Zimbabwe, which has been in a state of prolonged economic crisis over the past two decades, announced its lockdown and accompanying emergency measures on March 30. Human rights organizations and independent media have reported rights abuses by the police. On April 22, the Zimbabwe Human Rights Commission raised concern about assaults by the police and army at shopping centers and roadblocks. The commission also noted incidents of what it described as “economic violence,” after government officials declared that they would destroy the market stalls of informal traders as a health precaution, but did not provide alternative workspaces. In neighboring Zambia, senior police members have openly declared on national television that they would beat members of the public who flout emergency measures.

A number of countries have also introduced new laws to clamp down on disinformation or “fake news” related to the pandemic, as well as disproportionate penalties for the violation of social-distancing rules. In Zimbabwe, members of the public face up to 20 years in jail for spreading anything deemed to be false information about the pandemic. Refusal to comply with Eswatini’s quarantine and false-information laws can carry a significant fine or imprisonment for up to five years.

Some countries’ COVID-19 responses have included provisions for minimizing the threat of breaches to the right to privacy and other fundamental rights and freedoms. South Africa, for example, has built such safeguards into new surveillance measures to trace those infected with COVID-19. However, the broad and vague nature of most new COVID-19 measures in the region raises concerns that some governments will use the pandemic as an excuse to prevent dissent, and violate people’s rights to free expression, privacy, and access to information. For example, in April, the spokesperson of the opposition Botswana Patriotic Front, Justice Motlhabane, and two other men were arrested and charged under a new law against “publishing statements with intention to deceive persons about COVID-19 infection,” after they raised concerns about the government’s allegedly politicized response to the pandemic. If found guilty, they face a $10,000 fine, or up to five years’ imprisonment.

Pandemic responses must not facilitate repression

Restrictive laws and regulations and violent responses by the security forces exacerbate the dire situation of vulnerable citizens who will bear the brunt of the economic consequences of the COVID-19 crisis. To preserve public trust, it is urgent that measures taken now be proportionate, legitimate, transparent, limited in duration, and well grounded in law. Furthermore, if abuses occur, governments must act quickly to arrest violent and abusive officials and hold those found guilty of such actions to account. Otherwise they risk fuelling further unrest across the region.