Hong Kong democracy activist Joshua Wong makes the case for self-determination and explains why the territory’s fate should matter to the world. 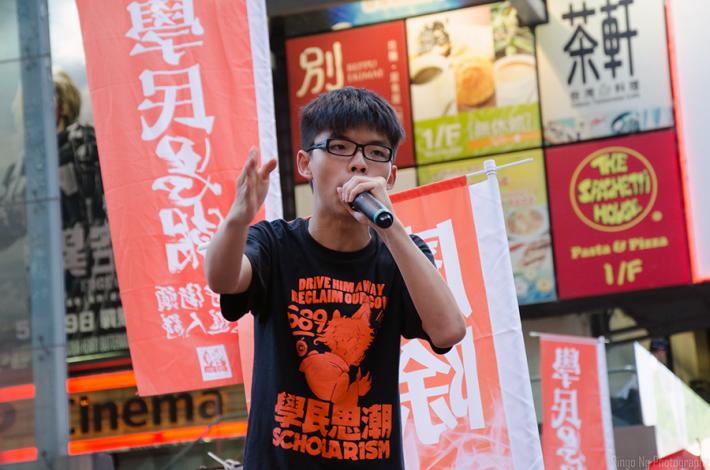 Joshua Wong, a leader of the democracy movement in Hong Kong and a founder of the political party Demosistō, discussed Beijing’s growing restrictions on political freedom in the territory during a visit to Washington earlier this month. Hong Kong’s constitution, known as the Basic Law, allows it to retain its own political and legal system as a special administrative region of China until 2047—an arrangement known as “one country, two systems.”

A few hours before Wong’s remarks at Freedom House, a court upheld Beijing’s decision to disqualify from office two recently elected prodemocracy members of the territory’s Legislative Council. Separately, Wong is scheduled to be tried in 2017 on charges of inciting an unauthorized assembly and contempt of court; if convicted, he could be sentenced to five years in prison. Freedom House interviewed Wong below.

Freedom House: What is the outlook for the democracy movement in Hong Kong?

Wong: The most recent development—two lawmakers elected to the Legislative Council were kicked out—just happened. I just realized the failure of “one country, two systems.” Before the Umbrella Movement [of prodemocracy protests in 2014] and even afterwards, we still saw hope in “one country, two systems.” We thought we could just follow the schedule of asking China to allow Hong Kongers to implement universal suffrage and let Hong Kongers get a chance to vote. But after the legislative election, it’s already hard for Hong Kongers who support democracy to ensure their personal safety. Pro-independence candidates and politicians will be identified by Beijing as affecting national security and will be disqualified from office even if they have already been elected.

Despite my expectations, the situation has been getting worse and worse…. What if the bottom line of Beijing changed suddenly? Maybe one day they will say that demanding self-determination or a referendum law also affects national security…. Maybe one day the Beijing government will say that all independents should be kicked out of the Legislative Council because all of you advocate ending one-party dictatorship.

It’s the reason for us to fight for self-determination. Self-determination means that instead of only focusing on ensuring “one country, two systems” with stability and prosperity and to let Hong Kongers have “one person, one vote,” it’s become more important to criticize the legitimacy of the current constitution and the sovereignty of China.

FH: It sounds as if you have a long-term effort in mind.

Wong: What the new generation hopes to do is to let the world know that we hope through a democratic procedure—most probably through a referendum—to decide the future constitution, sovereignty, and political status of Hong Kong. We should decide instead of allowing the Beijing government to decide…. Now is the time for us to prepare for a long-term battle, for 2047. Our destiny should not be held by Beijing. It’s time for us to have a discussion in the international community on how we can tackle the next 30 years. For the United States, it’s important to take human rights and democracy into consideration, as criteria for relations with Hong Kong.

Now, in the pro-Beijing propaganda, there are claims that Beijing hopes to disqualify 15 prodemocracy legislators. I can’t say that the number will be 15, which is nearly half of all the prodemocracy legislators, but that’s the strategy of Beijing, to continue to challenge and suppress. This is not just about whether to agree or disagree on Hong Kong independence. It’s about the constitutional power of the Beijing government.

FH: How can the democracy movement win support from foreign governments?

Wong: We just hope to show our persistence and seek international support. It’s related not just to human rights or moral issues, but also to development of the business sector. If Hong Kong lacks rule of law, it will damage the stock market…. Being a university student, having a stock market crash would not really affect my daily life. But a crash in Hong Kong would affect businessmen, tycoons, entrepreneurs. If they have their Asia headquarters in Hong Kong, how would they react to the crumbling of rule of law and the judicial system, and Beijing overriding the judicial system?

It’s not the time to end the treaty…. It would be good to let Hong Kongers rewrite the Basic Law. But in the short term it’s more important to focus on how we can preserve rights. We don’t have a simple formula, or set of procedures, to then have democracy. We already see the death of “one country, two systems,” but it is not the death of Hong Kong. What I’ve learned over the last four years is that you can turn something impossible into the possible and create a miracle.