The government is working to smother a local tradition of independent reporting. 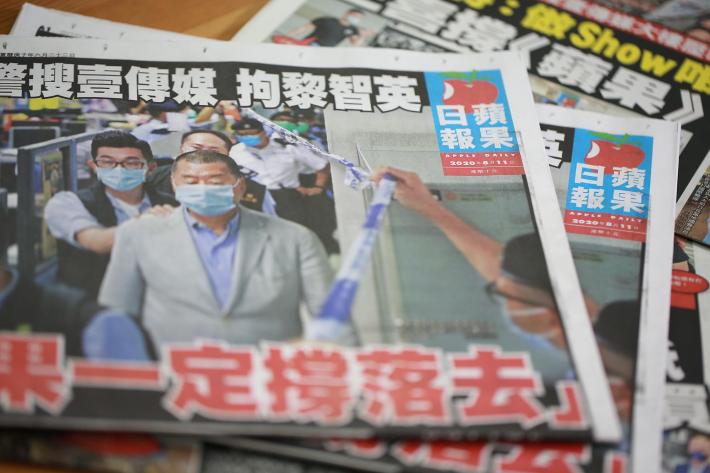 October 8 marks 100 days since the new National Security Law—abruptly imposed on Hong Kong by the Chinese government in Beijing—came into effect. In that interval, electoral opportunity, freedoms of expression and assembly, and the rule of law have all deteriorated dramatically in the territory. But one of the most dramatic arenas of decline has been the media landscape.

Several recent moves by the Hong Kong authorities, as well as the general chilling effect of the law itself, represent an unprecedented shift away from the relatively open media environment Hong Kong had enjoyed, particularly when compared with mainland China. As a result, independent journalists face increasing risks.

The following four developments are worth noting:

Despite these restrictions, Hong Kong media, including Apple Daily, have continued to engage in independent journalism and commentary that is critical of the government. Indeed, many of the recent developments noted above and other cases of National Security Law enforcement have come to light through courageous reporting by local media. News consumers have also shown their support, with Apple Daily selling hundreds of thousands of copies the morning after its offices were raided.

Looking ahead, the next 100 days will be a critical test for the Hong Kong government and local media. Developments to watch for include: the next stages in the legal case against Jimmy Lai, how police implement the revised “media representative” designations, whether other journalists or media personalities are charged under the security law, and whether any news outlets are forcibly shut down or have their websites blocked. How these dynamics unfold will have a profound effect on what news and information is available to local Hong Kongers, and whether the city is fully swallowed into the mainland Chinese media landscape—or is able to survive with some semblance of press freedom for a while longer.

Sarah Cook is a Senior Research Analyst for China, Hong Kong, and Taiwan at Freedom House and director of its China Media Bulletin.