How Do Eastern Partnership Countries Rate on Media Freedom?

To promote press freedom in this diverse set of countries, the EU will need to both step up its overall effort and customize its approach to meet the needs of each society. 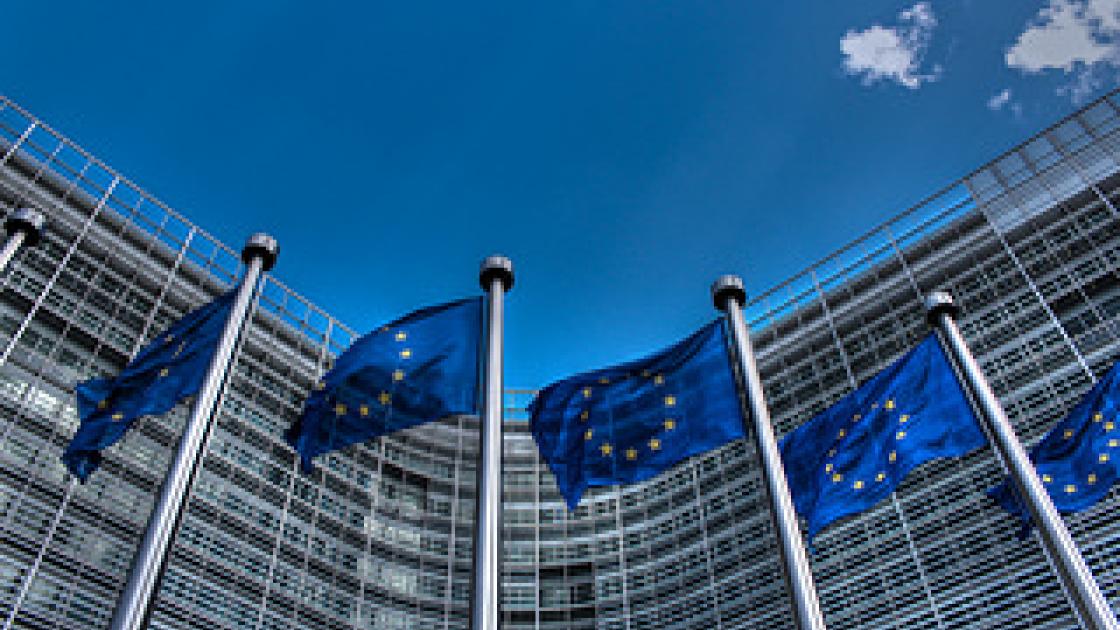 A version of this blog appeared on the London School of Economics’ European Politics and Policy Blog. To read the original, click here.

One of the aims of the EU’s Eastern Partnership (EaP) programme is to promote media freedom in the six EaP states. Based on the 2015 Freedom of the Press report produced by Freedom House, Jennifer Dunham and Elen Aghekyan assess each country’s progress. They note that while states like Georgia have made substantial improvements in recent years, others such as Belarus and Azerbaijan have some of the worst ratings for media freedom in the world. They argue that the EU will require a proactive and highly customised approach if it is to be successful in improving the media environment within each state.

The six countries in the European Union’s Eastern Partnership (EaP) programme feature radically different media environments, according to Freedom House’s 2015 Freedom of the Press report, with some ranking among the worst in the world while others make progress despite ongoing challenges. To promote press freedom in this diverse set of countries, the EU will need to both step up its overall effort and customise its approach to meet the needs of each society.

In conjunction with the partnership’s fourth summit in May 2015, Latvia hosted the first Eastern Partnership Media Conference, which focused on media freedom in the EaP countries and potential avenues for EU engagement. The conference was the first of its kind, and reflected a growing awareness that media issues will play a crucial role in overall EaP progress. The conflict in Ukraine has highlighted problems such as attacks on journalists and the pervasive power of propaganda.

Moreover, the main Riga summit stressed the importance of fighting corruption and boosting transparency in public institutions – tasks that depend heavily on robust investigative reporting and other watchdog functions performed by the press. While the media conference was an important first step, the EU should clearly outline distinct approaches for promoting media freedom in the six EaP countries, in keeping with the idea of differentiation that has already been formulated to some extent at higher-level talks.

Three of the countries – Georgia, Moldova, and Ukraine – were rated Partly Free in Freedom of the Press 2015, while the other three – Armenia, Azerbaijan, and Belarus –were rated Not Free. It is no coincidence that those in the better-performing group have higher levels of commitment to European integration. However, there is also significant variation within each cluster. Armenia’s score, for example, places it at the top of the Not Free range, while Belarus and Azerbaijan rank among the worst media environments in the world.

As the chart above shows, Georgia is the EaP frontrunner on media freedom, earning a score of 48 on the report’s 0–100 scale, with 100 representing the worst-possible performance. But it and the Eurasia region as a whole still lag far behind the EU. In Freedom of the Press 2015, Eurasia received the worst average score of any region, 77.15, and registered the world’s largest regional decline.

The EU, by comparison, has an average score of 23.86 and is consistently among the best-scoring regions in the report’s three categories of indicators, designed to measure the legal, political, and economic environments in which the media operate. The gulf between the two regions makes it clear that any effort to move the EaP countries toward European standards on media freedom will require not just differentiation, but also real vigour.

Georgia, Moldova, and Ukraine signed Association Agreements with the EU in June 2014, and journalists in all three locations operate with stronger legal guarantees and less political pressure than in Armenia, Belarus, and Azerbaijan. However, the press freedom performance of each country has followed a unique trajectory over recent years.

Moldova has registered a 10-point net improvement since 2009, earning a status change from Not Free to Partly Free in 2010 and a current score of 55. This can be attributed largely to a set of progressive policies enacted by Moldova’s first pro-EU government, elected in 2009, including laws that provided increased protection for journalists’ rights, reforms to the regulatory framework, and more professional management of the state broadcaster. These steps contributed to the opening of new private broadcast and online outlets in the years that followed, which improved media diversity.

In Georgia, which has earned a net improvement of 11 points since 2009, legislative changes have similarly made it easier to open and operate outlets, boosting pluralism and diversity of opinion. The country has also benefited from markedly lower levels of violence and hostility toward journalists in recent years.

However, this progress has stalled. Georgia and Moldova both registered minor score declines in Freedom of the Press 2015­ – two points and one point, respectively. Moldova is held back by the government’s continued failure to address the high concentration of media ownership in the hands of politically powerful oligarchs – a problem that is exacerbated by weak ownership transparency laws. Undue political influence on editorial content, at both the public broadcaster and private outlets, also remains a problem in Georgia.

In these countries, the EU should focus simultaneously on protecting recent gains to prevent backsliding, and securing a renewed commitment by local authorities to tackle deep-rooted problems. In Moldova in particular, instead of relying on the traditional methods of dialogue with the state, it would be beneficial for the EU to increase collaboration with the country’s burgeoning civil society, which has been highly active in engaging with the government on media challenges, including through participation in the legislative process.

The case of Ukraine, which fell into the Not Free range for events in 2013 before returning to Partly Free in the most recent edition of Freedom of the Press, is complicated by its change of government in early 2014 and the ensuing conflict in the east. The fighting has created drastically different media environments in different parts of the country. In the war-torn eastern regions, the primary concern is the safety of journalists, four of whom died while covering the conflict last year.

Meanwhile, Ukraine has struggled to cope with an onslaught of Russian propaganda, sometimes taking steps that amounted to censorship, and broader reform efforts are hampered in various ways by the legacy of a corrupt, repressive regime. The EU’s contribution should include a focus on building independent, transparent regulatory institutions, and ensuring respect for freedom of expression and freedom of information in the judiciary. And as in Moldova and Georgia, the issue of concentrated, politicised media ownership will also need to be addressed.

Armenia’s score has improved by 5 points since 2009, following a number of reforms in the media sector. The gains also represent a recovery from a particularly repressive period surrounding the violent 2008 elections. Indeed, conditions for the media are closely tied to the broader political situation, including the country’s complex dual relationship with the EU and Russia.

Until the Armenian authorities clarify their basic commitment to democratic values, there is no guarantee against backsliding on media freedom. At the same time, any genuine political reform will require a robust anticorruption effort supported by independent media. Armenia has formally joined the Russian-led Eurasian Economic Union, opting out of an EU Association Agreement, but this makes it all the more important for the EU to remain involved in the country as a resource, influencer, and positive example.

In Belarus and Azerbaijan, the EaP project is obstructed by the regimes’ outright rejection of the EU’s foundational democratic values. The challenges faced by the media in these countries are part of a wider system of autocratic repression, meaning they are nearly impossible to address without a general political transformation.

Belarus has consistently ranked among the worst performers in Freedom of the Press, and its low score has stagnated in recent years, reflecting the entrenched nature of the authoritarian regime. In this environment, the EU is unlikely to persuade government officials to engage in institutional reform. Instead, Brussels should shift its focus to the operational problems faced by independent journalists in Belarus. Despite intense repression, several independent outlets and civil society organisations continue to function, and they would benefit greatly from increased resources and diplomatic support.

Azerbaijan’s score has declined steadily for over a decade, falling from 84 to 87 for events in 2014 alone. Throughout the year, the government worked to silence critical journalists and shutter independent media organisations, often through manipulation of the criminal justice system. The fact that many of these abuses – including arrests of journalists on spurious charges – occurred during Azerbaijan’s chairmanship of the Council of Europe’s Committee of Ministers is a testament to the regime’s blatant disregard for European values.

It is important to note that the crackdown on media freedom was part of a larger campaign against civil society and political dissent. The EU’s approach to media issues in Azerbaijan should therefore be strongly linked to the protection of other human rights. And as with Belarus, there is much to be gained from cooperation with the country’s few remaining independent journalists and civil society actors, as opposed to reliance on dialogue with an intransigent regime.

To effectively encourage free, open, and vibrant media in the EaP region, the EU should create country-specific approaches informed by two important considerations: (1) the distinct political and other challenges faced by local journalists, and (2) the country’s recent trajectory on media freedom and its implications for the road ahead.

The EU’s consideration of the idea of differentiation – rather than the traditional “one-size-fits-all” model – is a positive step toward a more pragmatic EaP policy. The type of progress expected in one environment may be impossible for the time being in another, but that does not mean the more difficult cases should be abandoned. Nor should the better performers be allowed to rest on their past gains, as backsliding is always a threat, and there is still ample room for improvement. However, in all countries, the ultimate goal of democratic governance is identical, and it cannot be reached without a free flow of information and independent media that are capable of holding public institutions to account.