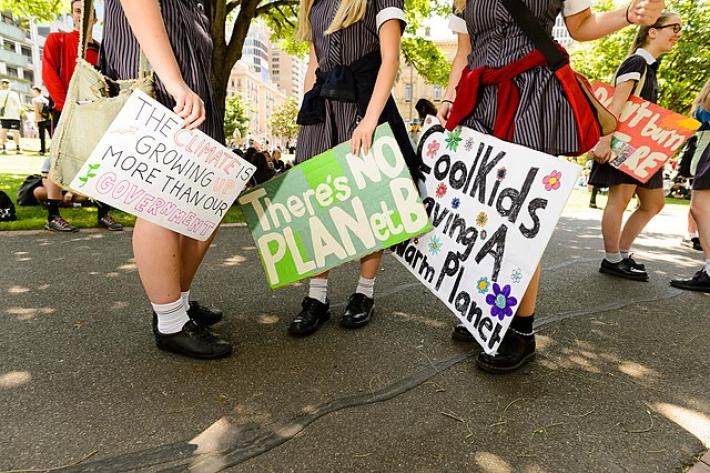 Ahead of the UN Climate Change Conference (COP27) in November, there will be a robust policy dialogue on climate justice issues across the globe. At the national and international level, fierce debates will surface between federal, state, and local governments, private sector, lobbying firms, and public interest groups –and those who advocate for climate justice will make their case.

These are welcome developments, certainly. But we cannot overlook the needs of grassroots-level climate activists, organizations, and movements that place themselves at risk on a daily basis fighting back against policies and practices that harm the environment. They are often unseen, unrecognized, and unprotected.

Activists on the frontlines of climate justice face increasing risks from restrictive laws, judicial harassment, and physical violence. While these intimidation tactics are a worldwide phenomenon, communities in the global south are often subjected to the most violent and destructive attacks. Indigenous and rural communities face particularly heightened risks as they fight against powerful interests that prioritize profit over people.

Moreover, people fighting for Indigenous, environmental, land, and resource rights may hold other important identities that drive their rights-based activism, including ethnic or religious affiliations, gender, or LGBT+ status. This means that the challenges and risks they face are deeply complex and context-specific. And while many of these climate activists may not define themselves as human rights defenders (HRDs) or situate themselves within the human rights community, they are advocating for fundamental human rights and should have access to the same type of protection and support as other HRDs.

To this end, the Lifeline Fund for Embattled CSOs (a consortium led by Freedom House) partnered with the Universal Rights Group­–Latin America (URG) to produce a new report on climate activists. The report, Understanding and Responding to the Protection Needs of Climate Activists and Movements: A Guide for Donors and Support Organizations, identifies the greatest needs of this diverse community and concrete ways to more effectively meet those needs.

The research revealed a communications gap between climate activists and environmental human rights defenders on the one hand, and the broader human rights community and donors working to support and protect them on the other. The disconnect limits efforts by both sides to strengthen the protection of fundamental freedoms and civic space.

It’s important to note that the context in which climate defenders are working will impact the type of threats they face. For example, threats against activists working to halt pipeline construction in the United States have been mostly legal, while anti-logging activists in Brazil contend with physical violence and death threats. But the support that all environmental defenders and climate activists need is essentially the same: flexible funding; stronger networks and information exchange (in local languages), psychosocial support, digital and physical security training, and collective protection, among other support.

With this report, Lifeline’s objective is to foster greater connection, networks, and information flow between international human rights organizations and climate justice activists and movements so they are aware of what protection support is available and can effectively access it when needed. To that end, our partners at URG have developed an extensive resource list for climate activists and movements to access support for their protection, digital security, well-being, advocacy, and other needs.

We’ve also identified ways that donors and international civil society organizations (CSOs) can strengthen support for climate activists. They include:

With this action plan, URG and the Lifeline Consortium, in partnership with the Alliance for Land, Indigenous and Environmental Defenders (ALLIED) coalition, will be working with like-minded organizations to put these steps in place to ensure that we better protect those working to ensure that future generations will inherit a clean and healthy planet.