The Hindu nationalist government is moving to strip legal status from millions of Muslim residents. 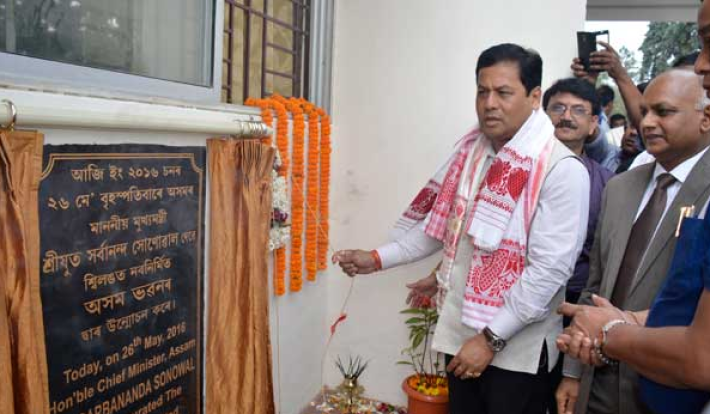 The Hindu nationalist government is moving to strip legal status from millions of Muslim residents.

Assam, a state in northeastern India, is home to 32 million people. The majority are Assamese-speaking Hindus, but about a third are Muslims, many of whom speak Bengali, the main language of neighboring Bangladesh. When the second draft of the National Register of Citizens (NRC) for Assam was released on July 30, four million primarily Muslim and Bengali-speaking residents were left off the list. If confirmed, their exclusion could put them at risk of atrocities and lead to dire consequences for Indian democracy.

The original NRC process was carried out in 1951 to create a consolidated list of Indian citizens. It was “rerun” only in Assam, from 2014 to 2016, to separate “illegal immigrants” from legitimate residents and citizens. In order to be included, residents had to prove that their names (or the names of their ancestors) were on the 1951 NRC or in any electoral rolls up to midnight on March 24, 1971 (the eve of the war in which Bangladesh won independence from Pakistan). Applicants whose names are not on these lists could alternatively produce any of 12 other types of documents dated up to March 24, 1971, including land records, citizenship certificates, and refugee registrations.

Accessing this sort of historical documentation is not feasible for many poor communities in which illiteracy is common and displacement has been a fact of life for generations. Furthermore, civil society groups have found that the NRC process is “not free of error or bias.” Four UN human rights experts sent a joint letter to the Indian government highlighting these concerns and noting an increase in findings of foreign status by the country’s Foreigners Tribunals—statutory bodies that determine immigration status—since the ruling Bharatiya Janata Party (BJP) came to power in 2014.

In fact, the BJP, which also rules at the state level in Assam, has explicitly campaigned and governed on a Hindu nationalist platform, eroding secularism and pluralism and exploiting anti-Muslim sentiment. The frequency of hate crimes against Muslims in India has risen since 2014, and critics of Hindu nationalism have been harassed, attacked, and smeared as anti-Indian. One report notes that as many as 389 people have been killed in acts of violence against minorities since mid-2014, while hundreds of others have been injured. Yet Prime Minister Narendra Modi’s government has denied that there is a problem. Minister for Minority Affairs Mukhtar Abbas Naqvi argued that there have been “no big communal riots” in India in the past four years. As long as the BJP’s tactics bring electoral success, it has little incentive to protect ethnic and religious minorities. Given this context, the biased nature of the NRC process is likely no accident.

A history of communal tension in Assam

Prejudice against the Muslim population in Assam dates back to the 1947 partition of colonial India, which created both a Hindu-majority India and a Muslim-majority Pakistan. The tumultuous and often violent process of partition left millions of Muslims in India and Hindus in Pakistan. Further dislocation followed in 1971, when East Pakistan gained independence as Bangladesh.

The antiforeigner Assam Movement of 1979–1985, led by the All Assam Students Union (AASU) and the All Assam Gana Sangram Parishad, demanded that the Indian government identify and expel Bangladeshi immigrants and protect the “indigenous” Assamese population. While the groups’ protests were frequently nonviolent, this was not always the case. For instance, at least 2,000 people were killed in the 1983 Nellie Massacre, which was linked to the AASU’s insistence that alleged foreigners be removed from the electoral rolls. The violence ended in a 1985 agreement known as the Assam Accord, which stipulated that residents would be granted Indian citizenship if they resided in Assam before March 1971. The 2014–16 NRC “rerun” in Assam was an outgrowth of this agreement.

The BJP notably remains allied with the Asom Gana Parishad (AGP) party, the political successor of the AASU. Assam’s current chief minister, Sarbananda Sonowal, switched affiliations from the AGP to the BJP in 2011. He declared in January 2018 that those who don’t make it onto the final NRC list will not be granted any constitutional rights.

The right to have rights

Despite the ideals of universal human rights, one cannot exercise or defend the full array of human freedoms without formal membership in a political community. Citizenship is, as Hannah Arendt explained, a “right to have rights.” The capacity to grant or withdraw citizenship is therefore one of the most powerful tools at a nation state’s disposal; in the hands of an ethno-nationalist government, it is nothing short of a weapon.

History has shown that the withdrawal of citizenship from a given minority community puts it at risk of atrocities. Arendt referred to Nazi Germany’s stripping of legal status from European Jews, but more recent examples include Myanmar’s marginalization, attack, and expulsion of Muslim minorities from Rakhine State. India’s Hindu nationalist government is now poised to put four million Assam residents at risk of statelessness, loss of services, detention, deportation,  violence, and increased social exclusion.

From August 30 until September 28, the four million people excluded from the NRC list will be able to submit claims and objections before the final version is approved; no one has been rendered stateless yet. Civil society must take this opportunity to provide legal support to those affected, and foreign governments must elevate their concerns about the opaque nature of the NRC process. India’s Supreme Court has already ruled that no coercive action can be taken against those excluded from the list and that the government must prepare a fair mechanism for their appeals. Nonetheless, the risks for this population are incredibly high, and the damage to India’s ethnically diverse democracy could expand exponentially if those targeted in Assam are not protected.