How to Respond to Beijing’s Growing Influence Abroad

The events of the past month suggest several ways to counter antidemocratic pressure from China’s government. 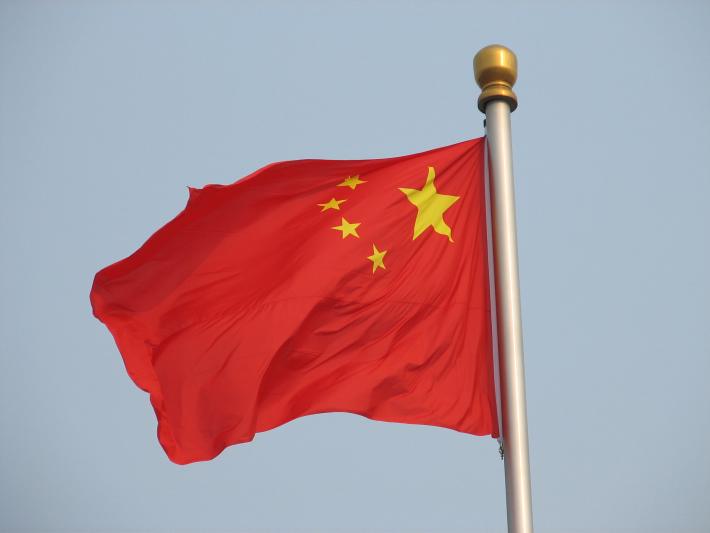 The events of the past month suggest several ways to counter antidemocratic pressure from China’s government.

As the Chinese Communist Party (CCP) grows more aggressive in its efforts to spread censorship, propaganda, and other features of its authoritarian system to foreign lands, it is easy to be disheartened — particularly when so many companies and political leaders have capitulated to the pressure from Beijing.

But further from the headlines, individuals and organizations are exploring more principled responses to this genuine threat to global freedom and democracy. Indeed, the past month alone has featured numerous impressive examples of approaches that could also prove successful in the future.

The recent cases of pushback can be divided into four general types.

A key element of the CCP’s overseas influence operations is their subtle and often stealthy nature. Consequently, rigorous and well-documented investigations by scholars, journalists, and civil society have been useful in unveiling the campaigns and countering false CCP narratives.

On February 8, veteran Sinologist Martin Hala published a detailed account of how the CCP-aligned energy and finance conglomerate CEFC has engaged in elite capture, media intimidation, and news outlet acquisition in the Czech Republic. These and other influence efforts in recent years have produced a Czech foreign policy that is far more favorable to Beijing.

On February 13, the Jamestown Foundation’s China Brief published a piece by analyst John Dotson on the Council for the Promotion of the Peaceful Reunification of China (CPPRC), which presents itself as a private civic organization. According to Dotson, a “cursory examination of the organization’s leadership structure reveals that [it] is directly subordinate to the Communist Party’s United Front Work Department.” The article also mentions the CPPRC’s U.S. branch, the National Association for China’s Peaceful Unification, raising a variety of questions, including why the organization is not currently registered under the Foreign Agents Registration Act.

Finally, a February 14 article in Foreign Policy outlined evidence of Chinese embassy funding for Georgetown University’s Chinese Students and Scholars Association (CSSA), sparking a broader discussion and social media exposure regarding Chinese government ties to CSSA branches on U.S. college campuses. China experts took to Twitter to share links and excerpts from CSSA charters or websites that reveal authoritative oversight by Chinese diplomatic missions, various levels of funding that other foreign governments generally do not provide to student groups, and potentially discriminatory membership requirements that exclude students who do not support all of Beijing’s territorial claims. In many cases, the problematic wording was evident in Chinese versions of CSSA charters or websites, but not in the English versions that are typically reviewed by university administrators, highlighting the importance of bilingual research in this area.

Another set of actions and writings over the past month have focused on facilitating public debate and policy action. On February 5, two respected European think tanks published a joint report on the Chinese government’s political influence in Europe. The document includes engaging graphics, maps, and charts that help make sense of a large number of incidents and trends across dozens of countries. Crucially, the report provides thoughtful and sober recommendations, such as suggestions on how European governments should respond to the phenomenon of CCP influence in a way that assists rather than demonizes local Chinese communities.

Across the Atlantic, the Chinese government’s Confucius Institute and Confucius Classroom initiatives received a new round of public scrutiny after Senator Marco Rubio of Florida wrote to several universities and a high school in his home state, outlining concerns that these programs have engaged in discrimination and limited academic freedom. At least one university responded by stating that it had already decided not to renew its contract. On February 13, Rubio also raised the issue at a House Intelligence Committee hearing, prompting a discussion about the potential intelligence and national security ramifications of the institutes.

Separately, several pieces of legislation are pending in Congress, including a reform of foreign-investment review rules and restrictions on U.S. government contracts with certain Chinese technology firms.

One of the most important steps that democratic governments can take in response to the encroachment of Chinese government repression is to uphold their own laws and administrative procedures.

In early February, the South African government followed its usual rules governing visitors traveling on U.S. passports and granted entry to Lobsang Sangay, the prime minister of the Tibetan government in exile. This was done despite Chinese government anger over the visit and a past record of denying visas to the Dalai Lama, who travels on refugee documents under a different set of regulations.

In New Zealand, following reports that China scholar Anne-Marie Brady, who has played a pivotal role in raising awareness about problematic CCP influence in the country, had suffered several suspicious break-ins at her office and home, the New Zealand authorities launched an investigation. In addition, the prime minister voiced concern that such crimes might be “in response to the work she is doing.”

In Malaysia, where the government has come under pressure to deport 11 Uyghur refugees to China, the local bar association published a statement on February 15 urging the authorities to refrain from doing so. It also offered a detailed legal analysis outlining why such actions would contravene Malaysia’s own laws and international commitments. Hours later, a U.S. State Department spokesperson, perhaps emboldened by a strong local voice and sound legal basis, reiterated its appeal to Malaysia’s government not to return the detainees to China. On February 20, Malaysian authorities noted they were in negotiations with the Thai government regarding the Uyghurs’ fate.

In Australia, several firms have in recent months refused to publish a book by academic Clive Hamilton regarding CCP influence in the country, reportedly out of fear of legal reprisals. But on February 6, news emerged that publisher Hardie Grant will be publishing the book next month after the author made some adjustments to address legal concerns. The company’s chief executive said, “It’s my experience that governments will try to prevent things from getting into the public domain that may damage their perceived interests. We value freedom of speech ahead of those interests.”

The success of any organized response to harmful CCP activities will depend on whether it is both precise and proportional. Effective remedies must avoid sweeping stereotypes and false equivalencies while also meeting the legitimate needs of all concerned — including Chinese students, targeted minorities, CCP critics, and foreigners who wish to learn Chinese. This will require thoughtful participation by a wide range of governmental and nongovernmental entities and individuals. The examples listed above represent a strong start.

This article originally appeared in the The Diplomat on February 27, 2018.