How Tax Evasion and Other Financial Schemes Undermine Democracy 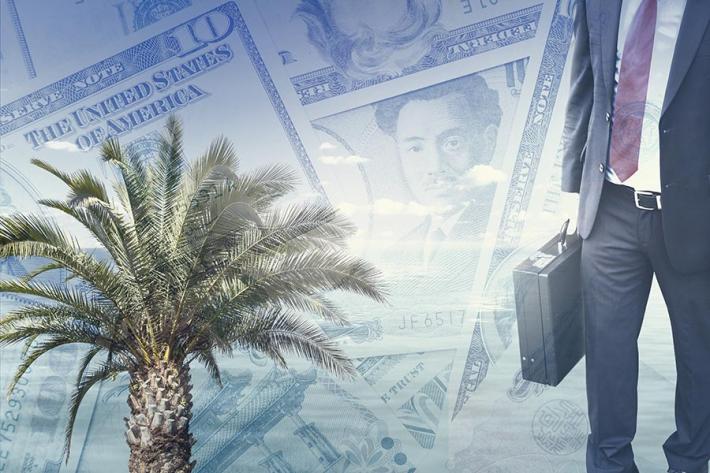 Such practices pose a multifaceted threat to democratic governance. They undermine the rule of law, they rob states of revenue and hollow out public services, and they fuel populist resentment by magnifying the perception that the system is rigged in favor of wealthy elites. The world’s worst cases show that, when allowed to fester, these problems can exacerbate one another and set a country on a path toward institutional breakdown or even state failure.

Although some of those implicated in the recent scandals are corrupt authoritarian leaders such as Vladimir Putin and Bashar al-Assad, many others are simply wealthy residents of democratic countries looking to obscure their financial activities and minimize their tax obligations. Both groups benefit from the opacity of shell companies and offshore accounts.

In the Panama Papers leak, first reported in 2016, the Panama City–based law firm Mossack Fonseca was found to have created over 200,000 shell companies for clients in over 200 countries and territories. The Paradise Papers leak, which came to light in late 2017, was similar in scope and content. In total, it contained 13.4 million files on the activities of two offshore service providers as well as the company registries of 19 tax havens scattered around the world. Both sets of leaks exposed a vast industry of secretive schemes catering to the ultrarich, corrupt heads of state, and their associates and officials. Even some members of the US administration were named in the leaks for their complex offshore dealings.

In the so-called Cum Ex Files media investigation, journalists found that holders of shares in major corporations would “lend” the shares among themselves, giving the appearance that there were two owners instead of one. They would then claim a reimbursement from the state upon presentation of a falsified confirmation of the “trade” saying that taxes had been paid on the stock’s dividend. In effect, they fraudulently obtained tax rebates and shared the proceeds. The scale of this looting is astounding. Reports from 10 European countries estimated that the overall cost to public coffers could be as much as $63 billion. One participant in the scheme was quoted as saying, “Anyone who takes issue with the fact that there’ll be fewer kindergartens in Germany because of the trade we do is in the wrong place.”

The worst-case scenario for democracies

If the activities exposed in these scandals are allowed to continue unchallenged, the end result could be a badly weakened state, racked by corruption and insecurity. Pakistan is a case in point. It has consistently ranked among the world’s worst performers on tax compliance and corruption, and its public services are in a dire condition.

Former prime minister Nawaz Sharif was effectively removed from office by the country’s Supreme Court in 2017 after the Panama Papers revealed details on his suspicious offshore wealth, but even that action was seen as a politicized move that strengthened Pakistan’s powerful military—which has extensive economic interests of its own—and failed to address the country’s broader financial woes and pattern of impunity. The combination of decrepit services, weak civilian institutions, and a dominant, opaque military is a major factor behind Pakistan’s perennial instability and struggles with insurgent and terrorist groups.

Crucially, the agency tasked with fighting corruption in Pakistan, the National Accountability Bureau, is itself crippled by scarce funding and a shortage of staff. When a state fails to consistently punish those who steal from the public and evade taxes, it can lose the resources needed to detect and combat this very behavior, and the deterioration can become self-perpetuating.

While powerful democracies like the United States and its European allies are not about to turn into Pakistan, the perception that wealthy elites are evading their responsibilities and getting richer at public expense can portend real, disruptive political changes. It is notable that the Yellow Vest movement in France, which has engaged in destructive riots in central Paris and elsewhere, was triggered by frustration with tax reforms that seemed to benefit the rich and punish an increasingly insecure middle class.

As citizens observe how ineffectually their leaders combat financial crime and by extension growing inequality, they become increasingly disenchanted with establishment politics and vote for populist parties that claim to defend the “people” from a corrupt ruling class. Right-wing populists also tend to funnel public anger toward other perceived foes, including vulnerable minorities, immigrants, and asylum seekers. Once in power, they work to break down democratic checks and balances that hamper their agenda, ironically weakening safeguards against corruption and adding to a sense of lawlessness.

Tax evasion and other financial crimes in democracies have the potential to metastasize and wreak havoc on traditionally effective governments and peaceful populations. The challenge for democratic policymakers is to implement stringent regulations that can deter such behavior and prosecute perpetrators in order to demonstrate the seriousness and fundamentally unpatriotic nature of these practices.