With the country’s opposition united against Viktor Orbán, the results will help shape the future of democracy in Hungary and Europe.

Freedom in the World Junior Fellow 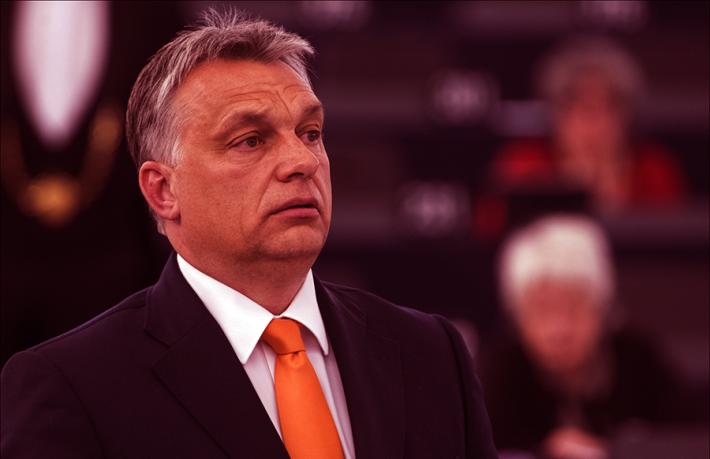 On April 3, Hungarian voters will head to the polls to decide if Prime Minister Viktor Orbán’s Alliance of Young Democrats–Hungarian Civic Union (Fidesz) will remain in power against a united opposition coalition led by Hódmezővásárhely mayor Péter Márki-Zay. Although Márki-Zay is himself a conservative politician, his United for Hungary (EM) coalition includes parties from across the ideological spectrum that share a desire to defeat Orbán’s illiberal government. Despite the ruling party’s systemic advantages—Fidesz effectively controls much of Hungary’s media landscape and has bent the electoral rules in its favor—polling suggests that EM has a chance to end Orbán’s 12-year-long rule.

Of course, these elections matter to Hungarians, who have voiced deep concerns about the accessibility of health care, rising inflation, and the state of public education. And the outcome will determine whether the government protects LGBT+ rights, combats corruption, and opens the country’s media environment—which has not been the case under Fidesz.

But these elections are also an inflection point for democracy in the whole of Europe. If EM prevails, it can serve as a model for reversing democratic decline at the ballot box, albeit at the eleventh hour. If, however, Fidesz retains power, the European Union (EU) will finally have to follow through on long-overdue efforts to confront an illiberal and increasingly autocratic government in one of its member states.

EM includes an impressive array of ideological rivals—from the center-left Hungarian Socialist Party to the right-wing Jobbik—who decided to collaborate to avoid a repeat of the 2018 elections, when Fidesz benefited from a splintered opposition to secure an overwhelming parliamentary supermajority. Since Márki-Zay won last year’s closely contested opposition primary, he has pledged to reverse many of Orbán’s worst abuses.

This includes a reset on Hungary’s relations with the EU and its institutions, which have worsened since Fidesz came to power. A Márki-Zay government would join the European Public Prosecutor’s Office, which would simultaneously strengthen the government’s anticorruption efforts and reduce friction with Brussels. Such a move would be in line with Hungarians’ avowed views of the EU, which are quite positive; some 62 percent of Hungarian respondents said that EU membership was a good thing when they answered the late-2021 Eurobarometer survey.

Despite the average Hungarian’s warm feelings for the bloc, the country stands to lose billions of euros in EU funding over Orbán’s rule-of-law breaches. The electoral success of Hungary’s opposition—or any prodemocracy coalition—depends in large part on its ability to underscore the negative and tangible consequences of continued democratic erosion. In Hungary, however, this challenge is compounded by the constant stream of Kremlin-friendly propaganda from state media outlets.

Márki-Zay has promised to revitalize cooperation with NATO and position Hungary away from Russia, effectively framing the elections as a choice between Moscow and the West. EM was notably explicit in its criticism of Orbán as the crisis in Ukraine became more acute. It accused Orbán of appeasing Moscow after he traveled there to negotiate gas shipments in early February, weeks before Russia invaded Ukraine.

Márki-Zay has campaigned on consensus-building issues to hold his diverse and tenuous anti-Fidesz alliance together. That alliance would do well to maintain that attitude should it rise to power in April. As the February collapse of Montenegro’s fragile governing coalition demonstrates, successfully ousting a long-entrenched ruling party is only the first step on the road to democratic revitalization.

Standing Up to Europe’s Aspiring Autocrats

If the united opposition is not able to overcome this initial hurdle, and Fidesz is reelected, the EU will ultimately be forced to confront a resurgent and emboldened Orbán. From Budapest to Brussels, democratic proponents will have to ask themselves: What now?

Assuming that Orbán continues his efforts to undermine the rule of law and dismantle civil liberties, the EU must take urgent action to discipline and deter aspiring autocrats within the bloc. With the European Court of Justice affirming that the EU could withhold funds from member states under a rule-of-law conditionality mechanism, Brussels should not hesitate to punish Budapest for flagrant breaches of EU law—particularly as the war in Ukraine threatens to hobble these efforts.

Because the EU cannot expel erring members, these financial penalties are among the strongest tools the bloc has to penalize backsliding countries like Hungary and Poland. The EU should use that tool to maintain pressure against those governments and deter other burgeoning illiberal actors within the bloc—particularly Slovenia, where political rights and civil liberties have deteriorated rapidly under Prime Minister Janez Janša.

EM may well prevent Fidesz from consolidating autocratic power, but critically, the EU should act to prevent the emergence of another Orbán altogether. European leaders should create and fulfill substantive plans to nurture democracy, like the Conference on the Future of Europe initiative, and demonstrate that the EU—and democracy itself—can produce positive outcomes for voters well beyond election day. The work of preserving democracy cannot be reduced to a last-ditch effort at every election, lest antidemocratic forces win the argument at the polls.

Citing concerns that the elections could violate democratic standards, the Organization for Security and Co-operation in Europe plans to deploy a full observation mission in Hungary, a rare occurrence in an EU member state. Of course, Orbán’s government should ensure that the opposition has fair access to media coverage and financing and that Fidesz does not again abuse state resources for its own gain. However, it will be critical for the EU and democratic partners to follow through on conditionality penalties when breaches occur.

Although EM has a chance, it faces an uphill battle against a formidable opponent. Orbán’s reelection would allow Fidesz to tighten its grasp on the media and state institutions and could render Hungary’s democracy effectively dormant for the foreseeable future. During these critical parliamentary elections, Hungarian voters have their best—and possibly their last—chance to reverse course. One way or another, the results will reverberate within and beyond Hungary.

Precarious Times for a Bulwark of Democracy