As in other parts of the world, the pandemic has exacerbated existing inequities. 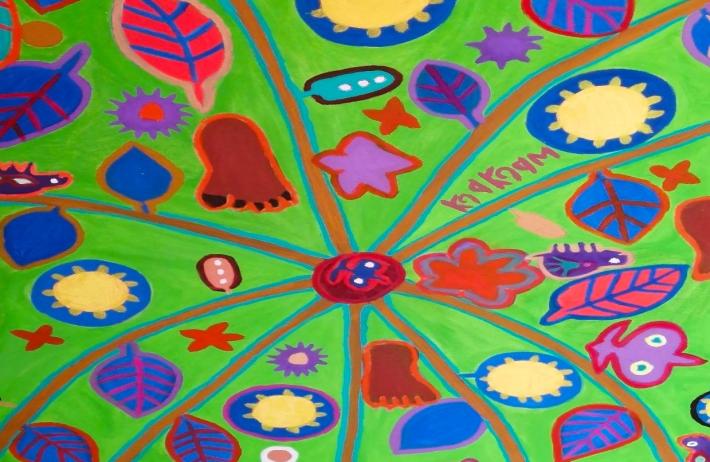 Wherever it has taken root, the COVID-19 pandemic has had a disproportionate effect on the lives, livelihoods, and human rights of the most underserved segments of society, including communities that already faced extensive discrimination or socioeconomic marginalization. In the countries of Southern Africa, these have included Indigenous groups, the largest of which is the San community.

According to a new Freedom House report that draws on information from Angola, Botswana, Namibia, and South Africa, government responses to the pandemic have often failed to take into account the lived realities of Indigenous peoples in the region. In the absence of context-specific social and economic protections, COVID-19-related restrictions have put these groups at risk in a variety of ways.

Threats to health, safety, and livelihood

For example, lack of access to health services is a major barrier for Indigenous communities across the region, and the pandemic has worsened the situation. After traveling long distances to reach health facilities, San people in Namibia have reported facing discrimination and stigma when seeking care. This problem has continued during the pandemic, and governments across the region have failed to provide potentially life-saving information on COVID-19 in Indigenous languages.

The pandemic has also led to food insecurity in many Indigenous communities. Already vulnerable to losing their traditional lands and resources to land grabs and illegal extractive industries, Indigenous people who rely on the land for food have faced increased insecurity during COVID-19 lockdowns. In addition, food and water assistance deliveries have been sparse and delayed amid the pandemic.

In Botswana, the government worked to issue permits that exempted people from movement restrictions to allow certain essential activities, but it failed to make the permits accessible to remote San communities in practice. This left individuals who work on nearby farms unable to travel and earn a living.

While some governments, like Namibia’s, have attempted to mitigate such livelihood threats through emergency income grants, individuals hoping to receive them must have identification documents and a mobile phone, which many San people lack.

In a number of ways, Indigenous women bear the brunt of pandemic-related movement restrictions. Many can no longer participate in the informal economy as a result of the lockdowns, and with men also confined to the home, there have been reports of an increase in gender-based violence. For example, San women in the Omaheke Region of Namibia reported escalating levels of violence after male farmworkers were dismissed without pay due to pandemic lockdowns in March. Governments across Southern Africa have not provided the data needed to design effective responses to this problem.

Movement restrictions have the added effect of exposing Indigenous communities to violence by police and military forces on the streets. When Indigenous peoples leave their homes for necessities, they have faced arrest, violence, and other rights violations by law enforcement personnel. Moreover, Indigenous people have encountered obstacles in attempting to seek justice through the courts and other legal mechanisms designed to ensure that their rights are respected.

A pattern of neglect

Years of marginalization and exclusion created the inequities that COVID-19 restrictions have made worse. Governments have long failed to consult with Indigenous communities and organizations regarding the design and implementation of policies that affect them. Unsurprisingly, the same was true of COVID-19 regulations, with Indigenous communities reporting little to no outreach from governments across the region.

The governments of Angola, Botswana, Namibia, and South Africa have all signed the UN Declaration on the Rights of Indigenous Peoples (UNDRIP). However, they have failed to ratify and implement the provisions of the International Labor Organization’s Convention No. 169 on Indigenous and Tribal Peoples, which is the main binding international convention governing the rights of such populations.

More fundamentally, the region’s governments display a persistent lack of understanding of Indigeneity in line with UN principles: some governments take the position that all Black people are “Indigenous” to the region. The resulting denial of official recognition puts Indigenous peoples at greater risk and leads to the dearth of consultation with and participation by Indigenous peoples in government processes, including conversations about COVID-19 regulations. It has also meant that these communities are not classified as a vulnerable group eligible for COVID-19-related interventions, despite their actual marginalization.

How to move forward

SADC is advised to hold member governments and other institutions accountable for any failure to respect the rights of Indigenous peoples. Finally, civil society organizations and the donor community are encouraged to advocate and engage with governments on behalf of Indigenous communities, and to coordinate with those communities on the design and implementation of all COVID-19 response programs.

For additional information and recommendations, please see the full report here. The report was researched, written, and edited by members of the Advancing Rights in Southern Africa program team. It was written by Roshnee Narrandes, Senior Program Officer, and reviewed and edited by Tiseke Kasambala, Chief of Party.

Eswatini: End Use of Lethal Force against Protesters