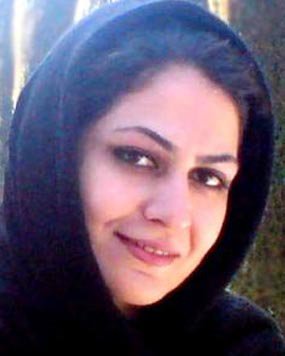 In response to the decision by Judge Mohamad Moghiseh of Branch 28 of Iran’s Islamic Revolutionary Court to extend by two years the prison sentence of prominent student activist Bahareh Hedayat, Freedom House released the following statement:

“Iranian authorities should immediately release Bahareh Hedayat, who should never have been imprisoned for her peaceful human rights activism,” said Dokhi Fassihian, Senior Program Manager for Middle East and North Africa. "Extending Bahareh’s jail sentence for two years is another cruel example of the Iranian judiciary flouting the rule of law to oppress civil society. We urge President Rouhani to speak clearly in defense of human rights and to carry out his duty to defend the Iranian people against such egregious abuses.”

Background:
In 2010, Bahareh Hedayat, 34, was given three prison sentences: five years for “acting against national security,” two years for “insulting the Supreme Leader,” and six months for “insulting the President.” She should have been released in July 2015, after serving 5 years in jail. Article 134 of Iran’s Islamic Penal Code states that, when multiple sentences are given, imprisonment cannot exceed the sentence carrying the heaviest punishment.

Hedayat was arrested by the Ministry of Intelligence in December 2009. She was a leader in the student union Daftar Tahkim Vahdat, and a member of the One Million Signatures Campaign that advocated for the elimination of discriminatory laws against women in Iran.