A year after the disastrous independence referendum, voters in Iraqi Kurdistan will return to the polls next month. 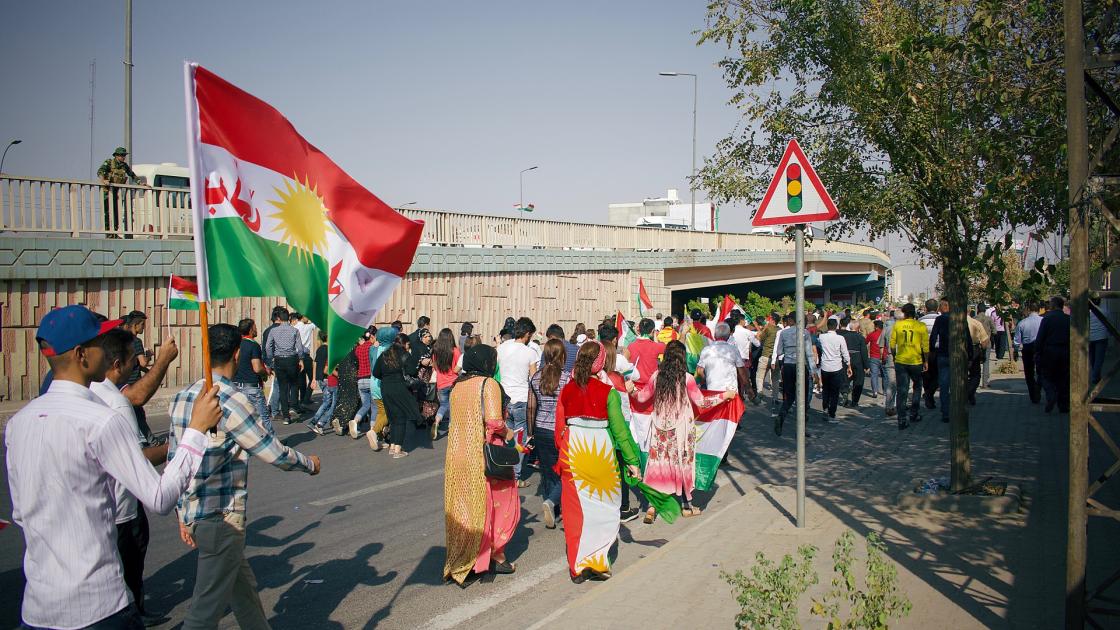 A year after the disastrous independence referendum, voters in Iraqi Kurdistan will return to the polls next month.

In news analysis and policy discussions about the overlapping problems of Syria, Turkey, Iraq, and Iran, the autonomous Kurdistan Regional Government (KRG) in Iraq has often been overlooked. That changed, for a few weeks at least, when KRG voters endorsed independence in a September 2017 referendum that Baghdad condemned as unconstitutional, throwing the region into turmoil. Iraqi authorities responded by seizing territory that the Kurds had gained in the fight against the Islamic State (IS) militant group, while neighboring Turkey shut down air travel and threatened to halt all trade. Accepting defeat, longtime KRG president Masoud Barzani resigned less than two months after the referendum, leaving the prime minister—his nephew—in charge.

Crucial elections this September will decide whether Barzani’s family and the ruling Kurdistan Democratic Party (KDP) remain in power or yield for the first time to a democratic opposition movement. The outcome could have weighty implications for politics and security strategy across the region.

The Barzani family has been an integral part of the Kurdish political scene since long before the KRG was created. Mustafa Barzani, Masoud’s father, founded the KDP in 1946 and led it until his death in 1979. Masoud then took the helm, guiding the party and its militia through de facto autonomy in 1991, an internecine struggle against the Patriotic Union of Kurdistan (PUK) in the 1990s, and constitutional recognition of the KRG in 2005, after the U.S. invasion of Iraq. Masoud Barzani is the only president Iraqi Kurdistan has known since the position was created in 2005.

During this time, the KRG has played a pivotal role in the region’s politics. It has forged a working relationship with Turkey, allowing the Turkish military to attack bases established within Iraqi Kurdistan by the Kurdistan Workers’ Party (PKK)—a separatist guerrilla and terrorist group focused on Turkey’s Kurdish minority. In addition, the KRG maintains an arms embargo on the People’s Protection Units (YPG), a Syrian Kurdish militia group that shares a leftist ideology and other alleged ties with the PKK. While both Turkey and the conservative KDP regard the YPG with suspicion, the group has worked closely with U.S. forces combating IS in Syria.

Another point of agreement between Barzani and Turkish president Recep Tayyip Erdoğan may be their authoritarian political instincts. When Barzani faced constitutional term limits in 2013, he struck a deal with the PUK to extend his presidential term by two years. He extended it again unilaterally in 2015, and when opposition parties objected, the Kurdish parliament was effectively suspended for two years.

It was in this context that Barzani sought to revive his legitimacy by holding the independence referendum in September 2017. The vote backfired spectacularly, prompting strong resistance from Turkey and a successful campaign by Baghdad to reassert control over Kirkuk and other disputed territories. The fallout also discredited Barzani’s claims that Iraqi Kurdistan needed him as a strong leader who could guide it to independence. He resigned that November, but elections were postponed until this year.

The election landscape, and possible outcomes

The KDP and its often-disgruntled coalition partner, the PUK, now hold a razor-thin majority of 56 seats in the 111-seat parliament. And they face a powerful opposition movement that could significantly change the leadership structure of the KRG for the first time.

The Gorran (Change) movement is currently the largest opposition group, with 24 seats, and has called for comprehensive political reforms, in part to reduce the power of the presidency. Islamist parties hold 17 seats, and the remainder are divided among small parties and minority groups.

There is also a new opposition contender, the Coalition for Democracy and Justice (CDJ), led by PUK defector and former prime minister Barham Salih. The CDJ is campaigning on promises of reform and economic expansion, and it could play an important role in eroding the power of the KDP and PUK.

There are many signs that the reformist ideas of the opposition are taking hold in the electorate. Residents have grown tired of being governed by the same parties for some 25 years. Civil servants and others have been protesting regularly across the territory since December 2017, citing the failed independence referendum, systemic corruption, salary cuts, and the government’s inability to provide basic services.

The KDP does have one piece of good news heading into these elections. It led the voting among Kurds in the Iraqi parliamentary elections in May, maintaining its 25 seats even as every other Kurdish party lost ground. Gorran and the CDJ only picked up only 5 and 2 seats, respectively. However, the electorate was not representative of who will be voting in the September elections, and the national balloting was marred by allegations of fraud, prompting a full recount that is still ongoing.

It is unlikely that any one party will gain a majority of the parliamentary seats, meaning a coalition will be necessary to form a government. The most likely scenarios are as follows:

If parties like Gorran and the CDJ win a decisive victory next month, it would send a clear signal that KRG residents desire greater democracy and government transparency. Free and fair elections followed by a peaceful transfer of power would also demonstrate the KRG’s maturity and democratic competence, leading to favorable comparisons with the uncertainty gripping Baghdad after the national elections.

Moreover, a victory for the opposition would deliver a blow to Erdoğan, and not only because of the contrast with his authoritarian rule. Whereas the KDP generally bows to Turkey’s wishes regarding the PKK and YPG, Gorran has said that it will support all Kurds, both inside and outside Iraqi Kurdistan. This could include resisting cross-border attacks on PKK bases or lifting the arms embargo on Syrian Kurdish groups as they face a Turkish invasion.

While the Baghdad government might object to closer KRG ties with the PKK, it would be unlikely to take significant action unless Iraq’s territorial sovereignty were threatened. However, because the KDP is still the largest Kurdish party in the Iraqi parliament, a change of leadership in the KRG could lead to a disconnect between the KRG and Kurdish representatives in Baghdad.

On the other hand, if the KDP and PUK hold on to power in the KRG, both domestic reforms and changes to foreign policy are unlikely. This would mean continued corruption and the pursuit of closer relations with authoritarian governments such as Turkey’s. And if the KDP wins the presidency but faces an opposition-controlled parliament, the two sides will almost certainly clash over the future of the KRG. The choice will be between confrontation and compromise.

Despite the potential security ramifications of a rift with Turkey, an opposition win and an orderly transition in the KRG would mark an important turning point in the fight for democracy in the Middle East, removing a corrupt government with a history of antidemocratic practices and installing in its place a coalition promising meaningful reform. A strong voice for democracy at the center of the region would also put pressure on neighboring regimes to deliver similar governance improvements to their own people.