As Its Own Citizens Suffer, Venezuela Exports Corruption

Investigative journalists have uncovered trafficking, bribery, and money-laundering networks that reach across the Americas. 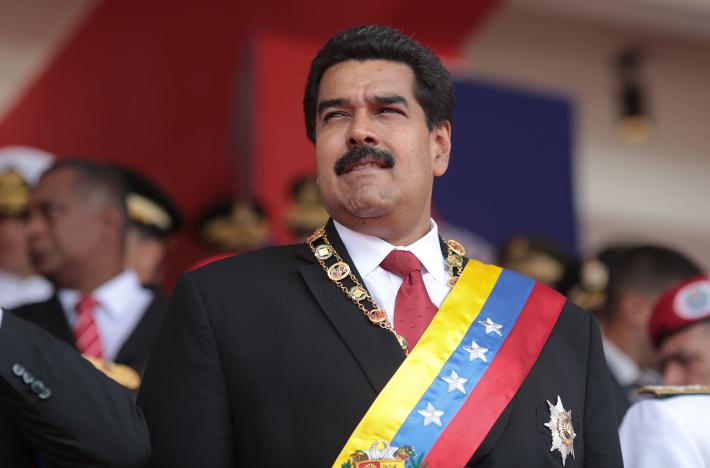 Investigative journalists have uncovered trafficking, bribery, and money-laundering networks that reach across the Americas.

Corruption has afflicted Venezuela for decades, both before and during the presidency of Hugo Chávez. But under Nicolás Maduro, who has completely eliminated the separation of powers, corruption and impunity are flourishing.

While human rights and general economic conditions deteriorate daily, government officials and their allies embezzle oil money and collude with drug and weapons traffickers. Illicit financial dealings that could involve sums far exceeding the $3.3 billion implicated in Brazil’s Odebrecht scandal have bolstered continued abuses of power by the Maduro regime and aggravated the humanitarian crisis. According to Transparency International’s 2016 Corruption Perceptions Index, Venezuela ranks among the worst on the planet, coming in 166 out of 176 countries assessed.

Venezuelan corruption also has an international impact, compromising government officials abroad and obstructing accountability. This is especially true in Central American and Caribbean countries, where governments that have benefited from questionable oil deals with Venezuela have continued to back the Maduro regime and thwarted efforts by the Organization of American States (OAS) and others to address the breakdown in Venezuelan democracy.

However, inadequate investigation and documentation of cases, compounded by self-censorship among journalists, has limited access to information about Venezuelan corruption and its far-reaching consequences.

Laying out the facts

To begin to address this information gap, Freedom House hosted an event on September 27 entitled Corruption without Borders, bringing together renowned Venezuelan investigative journalists Maibort Petit and Casto Ocando to describe key corruption trends and cases they have unveiled through their work, including suspicious oil deals, money-laundering schemes, and drug-trafficking networks.

For instance, Ocando asserted that corruption has deep roots in the state-owned oil company Petróleos de Venezuela (PDVSA) and a system of paid intermediaries established under Hugo Chávez to coordinate PDVSA’s business abroad. According to Ocando, these intermediaries have facilitated some $300 billion worth of corrupt dealings that reach far beyond Venezuela’s borders.

Ocando also pointed to a case in which Venezuelan-American businessman Roberto Rincón and his partner Abraham Shiera allegedly ran a sizeable international corruption operation. According to a U.S. federal investigation under way in South Texas, from 2009 through 2014 they conspired to enrich themselves by bribing PDVSA officials to obtain lucrative energy contracts. Over the course of the scheme, Rincón and Shiera paid at least $1.6 million in bribes—as well as additional sums for the recreational travel, meals, and entertainment of five PDVSA officials—in order to secure the contracts.

Petit spearheaded coverage of a separate case known as the “Narco Nephews,” in which the nephews of Maduro’s wife, Cilia Flores, were arrested by the U.S. Drug Enforcement Administration (DEA) for attempting to transport 800 kilograms of cocaine to the United States. Through her investigation, Petit discovered that government ties to drug trafficking run much deeper that the nephews’ activities. For instance, a runway at the Caracas airport that is reserved for the presidential plane had regularly been used instead to fly drugs out of the country. In addition, notaries public throughout the country have officially registered dozens of companies that serve as fronts for drug-trafficking groups, and national banks have facilitated the laundering of these groups’ funds.

Venezuelan money-laundering networks extend throughout the region. According to Petit’s reporting, a private investigation company in Panama confirmed that José Luis Merino, a high-level Salvadoran government official who has been under scrutiny by the U.S. Congress for suspected money laundering, maintains direct ties with Venezuelan vice president Tareck el-Aissami. The U.S. Treasury Department imposed sanctions on the vice president in February, accusing him of playing a significant role in international narcotics trafficking.

The tip of the iceberg

These cases represent only a few examples of the corruption that has aggravated the economic and humanitarian crises in Venezuela and undermined prospects for a democratic transition. Public funds that should be used to alleviate citizens’ suffering are instead diverted to the private offshore bank accounts of government officials’ intermediaries, who use sophisticated and complex money-laundering schemes to secure their capital in the United States and other Latin American countries.

Freedom House will continue to support independent journalists who investigate Venezuelan corruption and promote their findings. To this end, together with several journalist partners, Freedom House has compiled a series of corruption case studies into a forthcoming report that highlights links between these cases and the broader phenomenon of regional and international corruption. The OAS has already cited cases from a draft of the report in a September 25 statement denouncing the Maduro dictatorship. Ensuring widespread access to credible information, such as the cases in this report, is essential if the international community is to be effective in combating the endemic misuse of public funds and rampant impunity in Venezuela and beyond.