A detailed public accounting of the attack on US democracy will be a missed opportunity if we fail to strengthen our institutions against future assaults. 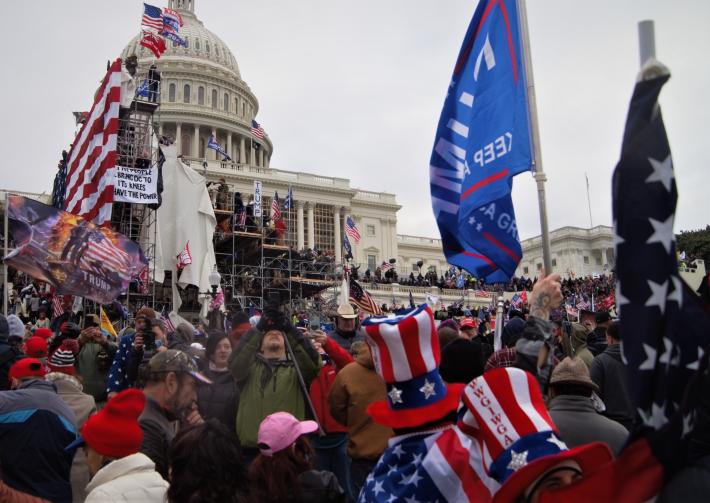 In a series of televised hearings that began last week, the House of Representatives’ Select Committee to Investigate the January 6th Attack on the US Capitol has been sharing its initial findings with the American public. The story it tells is frightening: the president of the United States—enabled by his most radical or sycophantic supporters—engaged in a brazen attempt to overturn the 2020 election results and remain in power in defiance of the constitution and the will of the people.

This antidemocratic power grab culminated in the deaths of several rioters and police officers on January 6 and the days following. But as we absorb the details of these events, we must remember that they were merely a symptom of a much more complex set of ailments afflicting US democracy, and that our country will continue to suffer unless we address them.

Lawmakers now have a crucial window of opportunity to show that they are truly committed to reversing America’s democratic decline by making the changes necessary to strengthen our electoral infrastructure—not just their party or candidates.

According to Freedom House data, democracy in the United States was in decline long before the attack on the Capitol. Indeed, the deterioration did not start with President Trump’s election in 2016, and his departure from office did not end it.

Freedom House has been tracking the health of global democracy for nearly 50 years in our annual Freedom in the World report. We assess respect for political rights and civil liberties in 195 countries, including the United States. A little over a decade ago, in 2011, the United States received a score of 94 out of 100. That put it in the company of other established democracies, such as Germany or Australia. Today, the United States has fallen to a score of 83, leaving it in a cohort with more troubled democracies like Poland, Romania, or Argentina.

Some of the 11-point slide in US democracy can be attributed to the Trump administration’s demonstrated disregard for constitutional checks and balances, anticorruption safeguards, and the human rights of immigrants and asylum seekers. But the decline has also been driven by long-term problems including racial injustice and discrimination, the outsized influence of money and special interests in politics, and growing partisan extremism linked to gerrymandering.

As the Freedom in the World authors point out, “The components of democracy Trump attacked had already been weakened by years of increasing political polarization, manifested in everything from a highly partisan judicial appointment process to perennial brinksmanship over the debt ceiling.” The effort to overturn the 2020 election results, including the attack on the Capitol, was essentially another manifestation of this increased willingness to damage shared democratic institutions for partisan gain.

The long-term erosion has produced a crisis of faith in key elements of our democracy. According to Gallup’s research on trust in government, 55 percent of Americans report having little to no trust and confidence in their elected officials and political candidates, and 63 percent say they have little to no trust and confidence in the mass media to cover the news accurately and fairly, raising serious questions about our ability to maintain an informed citizenry and a coherent public discourse.

A common interest in repair and renewal

Many in both parties are already dismissing the January 6 hearings as political theater, and it is disheartening that Congress has failed to muster broader bipartisan support for an investigation and public accounting of the postelection crisis.

Still, US democracy has not been so badly damaged that it has lost its essential capacity for self-correction. Lawmakers should urgently address the weaknesses in our electoral system that made January 6 possible. A bipartisan effort to reform the Electoral Count Act is underway in the Senate, and there is an opportunity to complete it before the midterm elections in November, after which such a compromise may become more difficult. Ensuring that the vague language of the 1887 act is rewritten to prevent lawmakers from overturning legitimate election results should draw support from both sides of the aisle. It would also be a first step toward restoring public confidence in our elected representatives.

While citizens of a nation as diverse as the United States will naturally disagree on many things, we must remain committed to our democratic processes and institutions, which are designed to protect the rights of all Americans—regardless of which party or politician holds office. If voters are unsure whom to entrust with the interests of their family, community, and nation, they should look to those leaders who demonstrate a fidelity to the democratic system even when it yields electoral results or policy outcomes that they disfavor. Such leaders understand that the mechanisms of democracy will allow them to continue to pursue their aims in the future, and curb any abuses by their opponents in the meantime.

The true measure of success for our collective response to January 6 will not be found in the television ratings or reviews of the House committee’s hearings, but in how we as a nation use this moment to repair our battered democracy and safeguard its benefits for future generations.

Michael J. Abramowitz is the president of Freedom House.