While murders are unusual, Malta’s journalists have faced a number of other constraints on their work. 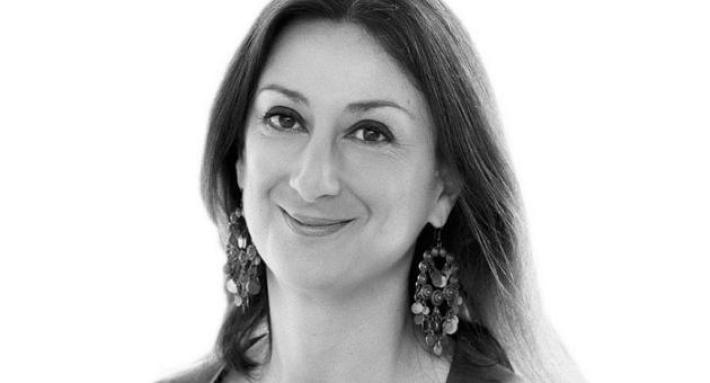 Daphne Caruana Galizia, an investigative journalist who was killed by a car bomb. The Malta Independent.

While murders are unusual, Malta’s journalists have faced a number of other constraints on their work.

Daphne Caruana Galizia, a leading Maltese journalist, was killed on Monday afternoon when her car exploded in Bidnija, a picturesque suburb close to the capital. This is not the country’s first car bombing—in fact, police are investigating a string of explosions that have shaken the island nation over the past year. The bombing is, however, the first to target a member of the press in an environment where physical violence against journalists is quite rare.

Two aspects of the case have shocked observers the most. First, the murder took place in broad daylight in a country that was perceived to be safe and democratic, where European Union (EU) standards are generally respected and the crime rate is relatively low.

Second, the victim was an investigative journalist who covered political corruption and abuse of office. Caruana Galizia’s work on these issues earned her international renown as well as scorn from Maltese officials. While her death is an unusual case of lethal violence against the press in Malta, her life and career were a testament to the many challenges faced by Maltese journalists.

A pattern of legal harassment

The country’s media environment has long been mixed. While journalists enjoy basic constitutional safeguards for free expression, defamation remains both a civil and a criminal offense—punishable by fines as well as imprisonment—and the charge is often used to retaliate against critical press coverage.

Caruana Galizia herself was a target of civil and criminal libel suits launched by government officials. She worked under an assumption that coverage of sensitive issues, chief among them corruption and political wrongdoing, could lead to another day in court and, because she was the author of her own blog, the burden of paying financial penalties out of pocket.

Malta’s Parliament took steps earlier this year to begin the decriminalization of defamation, having abolished blasphemy as a criminal offense in 2016, but heavy civil penalties would remain in place. Meanwhile, the threat of lawsuits and prosecutions remain a serious constraint on newsrooms across the country.

Even more worrying than the legal cases are the hostile attitudes and rhetoric of Maltese politicians. Caruana Galizia was among many journalists to be hit with disparaging remarks from members of the government. Such behavior has gained momentum around the world, with severe examples found in countries including the United States, Israel, Poland, and Turkey.

When they denounce journalists, politicians weaken the basic protections that allow the media to operate in a free society. And when the verbal attacks come from the very top, they set a new standard for the treatment of journalists and encourage more serious intimidation and physical violence. This pattern threatens not just the safety of media professionals, but also a central pillar of democracy: the role of the press as a public watchdog.

A blow against Maltese democracy

Daphne Caruana Galizia’s dedication to investigative journalism seemed unshaken in the face of these challenges. Her blog was among the most widely read outlets in the country, and her revelations about the country’s prime minister, based on the Panama Papers, were significant enough to help trigger snap elections in June. Her death not only leaves future stories untold, but also places another burden on the colleagues she left behind: fear.

In a media landscape as small as Malta’s, where the press already has a personal and often unfriendly relationship with the political establishment, the killing of a journalist is especially devastating. It is likely to have a profound chilling effect on media professionals across the country—a problem that, once it has taken root, is not easily addressed by positive rhetoric or legislation. From there, the threat extends to the fabric of Maltese democracy, which relies on open and robust reporting. Until Monday, the press’s duty to produce such reporting had largely been carried by Caruana Galizia.