The state’s abusive tactics in the case of an exiled oligarch can also be used against politicians, activists, and journalists. 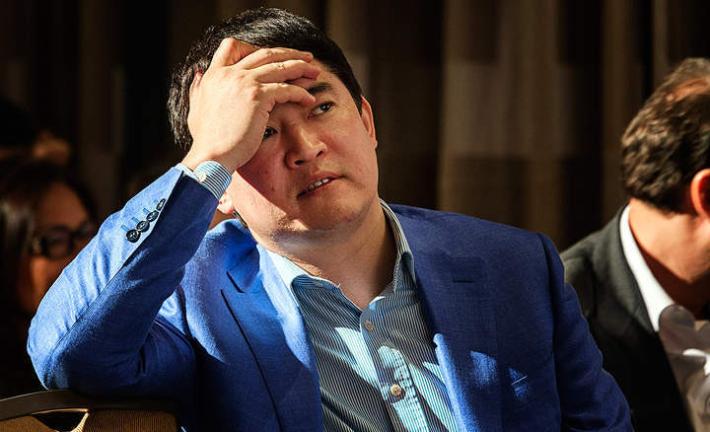 The state’s abusive tactics in the case of an exiled oligarch can also be used against politicians, activists, and journalists.

When prominent Kazakhstani human rights defenders Yevgeniy Zhovtis and Zhemis Turmagambetova visited businessman Iskander Yerimbetov in prison, he looked dejected and sick. It took the government almost a month to allow the expert monitoring group to see him after his relatives held a press conference in January alleging that Yerimbetov had been subjected to torture aimed at extracting a confession. Human Rights Watch and the Norwegian Helsinki Committee publicly urged the government to investigate the allegations, but shortly after the civic monitors reaffirmed concerns about Yerimbetov’s well-being, the authorities halted their investigation, citing an absence of corpus delicti—simply put, they claimed to have found no evidence of torture.

Yerimbetov is the brother of Botagoz Dzhardemaly, who in turn is the former lawyer of exiled oligarch and regime critic Mukhtar Ablyazov. Although he was arrested under formal charges of laundering Ablyazov’s money and embezzling public funds, Yerimbetov’s relatives are convinced that he is being used as a hostage to compel his sister Botagoz, who has received political asylum in Belgium, to return to Kazakhstan and testify against Ablyazov.

This is not the first case in which the Kazakh government has harassed Ablyazov’s former associates and friends to put pressure on him. In their almost decade-long quest to get Ablyazov back to Kazakhstan, the authorities have prosecuted a number of people, usually on unsubstantiated charges of money laundering. This is what happened to Mukhtar Dzhakishev, former president of the world’s leading uranium mining company, Kazatomprom, who was sentenced to 14 years in prison for embezzlement, bribery, and fraud in 2009. Muratkhan Tokmadi, a prominent businessman, confessed under torture that he had killed the former chairman of BTA Bank on Ablyazov’s orders.

But who is Ablyazov anyway?

As Human Rights Watch researcher Mihra Rittmann puts it, he is a “former BTA Bank chairman, Kazakh opposition figure, criminal suspect, and long-time critic of Kazakh President Nursultan Nazarbaev.” His case could easily provide the material for a Hollywood thriller. In 2009, after the nationalization of BTA Bank, which he had led for five years, Ablyazov left Kazakhstan for the United Kingdom and was granted asylum there. That year, the Kazakh government accused him of embezzling billions from the bank and launched a criminal investigation against him in Kazakhstan, while also requesting a prosecution in Britain. After 11 separate legal proceedings, in February 2012 Ablyazov was found guilty of contempt of court in London.

He was given a 22-month prison sentence, but fled the country before he could serve it. Warrants for his arrest were issued by Kazakhstan, Russia, and Ukraine, and he was arrested in France in July 2013. However, due to the absence of an extradition treaty between Kazakhstan and France, a French court ruled that Ablyazov should be extradited to Russia or Ukraine. In late 2016 France’s highest administrative authority, the Council of State, annulled the extradition order, finding that the request was “political.” And so, Mukhtar Ablyazov was released from French custody.

The Kazakhstani government insists that there is no political motivation behind his case and that he is a criminal. The fact that he fled from the United Kingdom instead of serving his sentence does not exactly support the notion that Ablyazov is a law-abiding citizen, and he may in fact be guilty of some of the crimes attributed to him.

Whatever the true motives for his prosecution, Ablyazov’s case has drawn attention to the Kazakhstani government’s abusive law enforcement tactics, including its blatant use of suspects’ relatives and associates as pawns and hostages. The international community has quietly monitored the situation, but seems reluctant to denounce obvious rights violations against those linked even indirectly to Ablyazov. The government in Astana is taking this silence for approval.

To hold Kazakhstan’s authorities accountable for such violations, international bodies and democratic governments should include the cases of Ablyazov’s former associates in any general assessment of the human rights situation in the country. They should also speak about them publicly, just as they do with the cases of persecuted civic activists and human rights defenders. If the legal system can be abused to pursue someone like Ablyazov, it can just as easily be turned on anyone else the government chooses to target.