In a dangerous world, the United States and its allies must offer moral clarity and principled leadership in defense of democratic values. 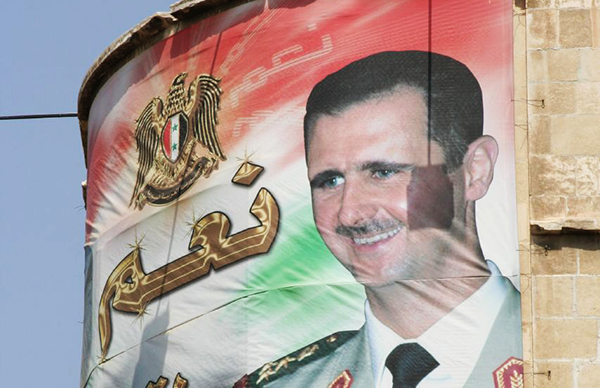 In a dangerous world, the United States and its allies must offer moral clarity and principled leadership in defense of democratic values.

A few weeks ago, I found the graves of my father’s parents on the outskirts of Stockholm. They and my father were welcomed by Sweden as refugees fleeing Poland when it was divided and occupied by the Soviet Union and Nazi Germany at the beginning of World War II. Today, even Sweden, a paragon of humanitarian generosity, is ambivalent about welcoming the current flood of refugees fleeing atrocities.

It is another moment requiring the United States and other established democracies to step up and offer leadership and solidarity in the face of malicious forces. The flood of refugees escaping atrocities in the Middle East is part of a human rights crisis that calls on us to take sides, not stand on the sidelines.

The refugee flow has been caused by forces emblematic of the dangerous era we live in. First, the violent extremists of the Islamic State have targeted civilians, women and girls, Christians, and fellow Muslims with unspeakably sadistic acts. Second, Bashar al-Assad has ravaged his own population with atrocities for several years without interruption. The Islamic State would not be flourishing if the world’s democracies had taken more conclusive action long ago, for instance by giving substantially greater support to Assad’s more palatable opponents and countering the aircraft dropping barrel bombs on civilian areas. Third, dictators like Assad still have great power patrons. In this case it is Russia, which remains more interested in backing Assad as its client than in seeking peace.

There are other pernicious powers at work in the world. Iran is also a patron of Assad, and of extremist Shiite militant groups like Hezbollah. China supports authoritarian regimes around the globe, from Zimbabwe and Sudan to Venezuela.

These powers not only prop up rights-abusing clients, but also propagate misinformation and models for development that clash with democratic values. Russia bankrolls a media confusion campaign to discredit Western democracies. China similarly invests in global media mouthpieces and “Confucius Institutes” on campuses worldwide as elements of its soft—but not benign—power. Russia, Iran, and China all contribute to the informal playbook of tactics for curtailing civil society, independent journalism, and free discussion on social media—which are often emulated by other repressive states.

States that call themselves democracies but lack many of genuine democracy’s defining protections are quick to draw on this playbook. One is Erdoǧan’s Turkey, which is being given a pass for its abuses by some in Europe because it has agreed to block the flow of refugees from the Middle East.

What’s been missing is leadership in defense of democratic values. President George W. Bush made noble calls for solidarity with dissidents, the spread of democracy, and an end to dictatorship. However, promotion of democracy and freedom in his tenure came to be associated with the invasion and occupation of Iraq and Afghanistan, which came at a great cost and yielded little progress.

President Obama overcompensated for the mistakes in Iraq and Afghanistan by failing to act more decisively in Syria and to “take sides” more conclusively even in less complex situations.

Many eyes take note of inconsistent leadership—whether violent extremists and autocrats who are left undeterred, or prodemocracy citizen groups who are offered little concrete help. Now is not the time to suggest that all Muslims are suspect, threaten to disband NATO, or speak admiringly of Russian president Vladimir Putin or other dictators.

Back in the era when my grandparents were refugees, Charles Lindbergh was calling for an “America First” foreign policy and refusing to back Britain as it fought Nazi Germany. At that time, 75 years ago, Freedom House was formed to urge Americans to get off the sidelines. Freedom House’s honorary co-chairs were First Lady Eleanor Roosevelt and the Republican her husband had defeated in the presidential election a year before, Wendell Willkie. In a dramatic contested GOP convention in 1940, Willkie had prevailed over isolationist opponents with his calls to support the British. After losing the general election, Willkie became a partner to and envoy for President Roosevelt, placing principle over partisanship.

That moment in 1941 required both moral clarity and bipartisan leadership in the name of democratic values. It is a very different world today, but a dangerous one that still requires exactly those two qualities.