Representatives of Russia, China, and the United States all called for peace and cooperation at the UN General Assembly last week, but their rhetoric revealed key differences on democracy and human rights. 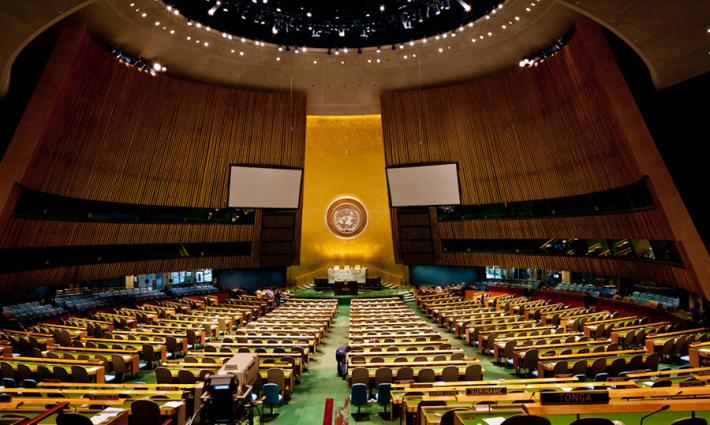 Representatives of Russia, China, and the United States all called for peace and cooperation at the UN General Assembly last week, but their rhetoric revealed key differences on democracy and human rights.

Lavrov articulated his government’s vision of a world in which states refrain from criticizing one another for human rights violations, and accept deviations from democratic norms as a sign of “cultural diversity.” It is in this self-serving context that he expressed opposition to interference in fellow states’ internal affairs, though Moscow’s own meddling in countries from Ukraine to the United States would seem to clash with the general principle.

The Russian foreign minister also restated his president’s call for a global coalition against terrorism, and urged other powers to refrain from fomenting “extremism” abroad. In Russia, “extremism” is defined to include everything from terrorism to simple dissent, and is often attributed to foreign instigation. In effect, Lavrov is asking for all states to support one another against any threats to their rule, much as Moscow has done in Syria. But again, many other states would argue that Russia itself is not living up to this standard.

Li presented the Chinese government’s view that human rights, at least the ones that matter, are delivered by economic growth alone. According to this approach, Beijing’s system of political repression is justified by the material improvements it has provided through macroeconomic expansion. Left unstated, of course, is the fact that China’s authoritarian development methods have fueled deep resentment among oppressed minority populations and ordinary Chinese whose individual rights are trampled—and that the economy is now slowing in large part because fears of popular unrest have stalled vital reforms.

Li also insisted that China was interested only in peaceful cooperation, despite its policy of aggressive territorial expansion in the South China Sea and its habit of bullying smaller neighbors in pursuit of its own political or economic interests.

Obama affirmed the U.S. position that the human desire for basic political rights and civil liberties is universal, not limited to a particular culture, and that only democratic governance can produce development and prosperity over the long term.

While Obama admitted that he and his predecessors had not always adhered to the country’s ideals, support for democracy abroad has long been a core element of U.S. foreign policy. With his final term drawing to a close, his speech often seemed like an effort to convince not just his foreign peers, but also his own successors, to carry on this vital work.