Freedom House calls on Mauritania to overturn the sentence and release Biram dah Abeid and Brahim Bilal without condition. 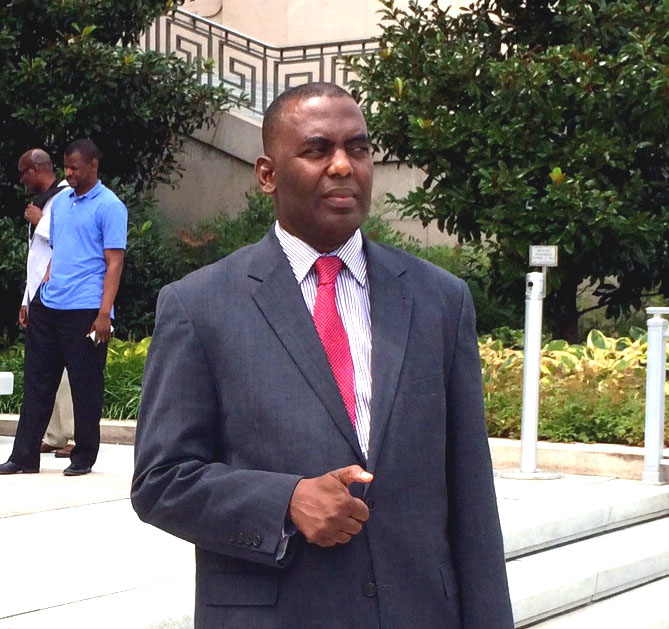 “The government should release Abeid and Bilal without delay since their arrest and conviction ignored the rights of freedom assembly and association as guaranteed by Mauritania’s Constitution and international human rights conventions to which Mauritania is a party,” said Vukasin Petrovic, director of Africa programs. “An active, involved civil society is key to any strong democracy, and no voices should be silenced for defending human rights and rule of law.”

Background:
Abeid, UN Human Rights Prize winner in 2013, serves as the president and founder of the Initiative for the Resurgence for Abolitionism (IRA), a human rights organization focusing on eradicating slavery. Bilal serves as IRA’s vice president. They along with Djibi Sow, president of anti-slavery organization Kawtal, were sentenced in January 2015 after briefly participating in a protest in southern Mauritania to draw attention to the pervasive practice of slavery.

They were later convicted of membership in an unrecognized organization and sentenced to two years imprisonment. Although all three activists were sentenced in the southern city of Rosso, they were moved within 24 hours to a remote location, an apparent attempt by the government to discourage visitors and protests. Authorities have responded to supporter's demonstrations with tear gas, beatings, and detentions. On June 26, Sow was provisionally released due to medical concerns.

The courts denied a defense request that the proceedings be moved to the capital, Nouakchott, or back to Rosso to comply with the Mauritania’s legal framework for appeals. Mauritanian authorities also refused to move the hearing to larger space to accommodate the expected attendees.

FREEDOM HOUSE CALLS ON THE PUBLIC to please tweet the hashtag #FreeBiram and/or use the suggested tweets below to demonstrate your support for the liberation of Biram dah Abeid and his colleagues – activists fighting the eradication of slavery and protection of human rights in Mauritania.

In ENGLISH:       Appeal hearing is today! #FreeBiram dah Abeid & colleagues in #Mauritania - sentenced to 2 yrs in prison for defending #humanrights