May Day Celebrations in Eurasia: A Tale of Protest & Suppression 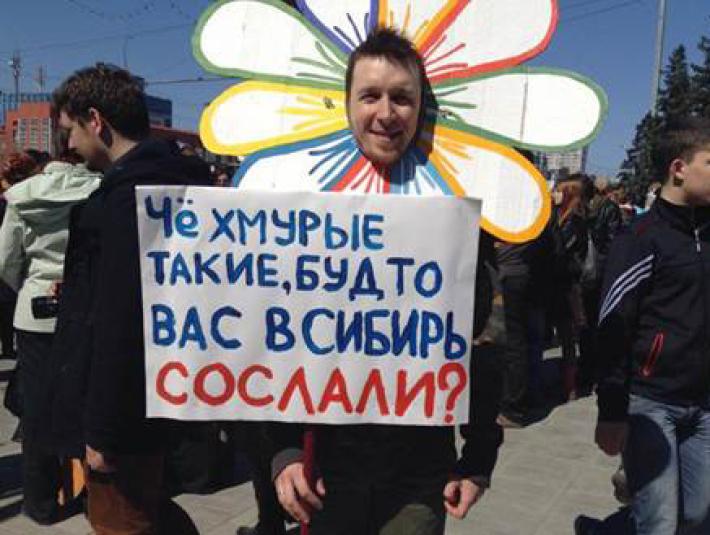 Below are a few of the 2015 May Day demonstrations that have been held—or suppressed by authoritarian governments—across the broader Eurasia region.

The Rainbow Column joined May 1 festivities in Saint Petersburg with some creative street art and slogans such as: “Homophobia is a shame of Petersburg!” “Love is stronger than war!” “Fascism will not win!” “Everyone’s equal, everyone’s different!” “We choose peace!” and “No to discrimination based on gender and orientation!” Meanwhile, a member of the Saint Petersburg city council—a key proponent of the bans on “propaganda of nontraditional sexual relations”—turned out to the march and threatened LGBT people with “liquidation,” throwing them in the Neva river, tank attacks, and more. 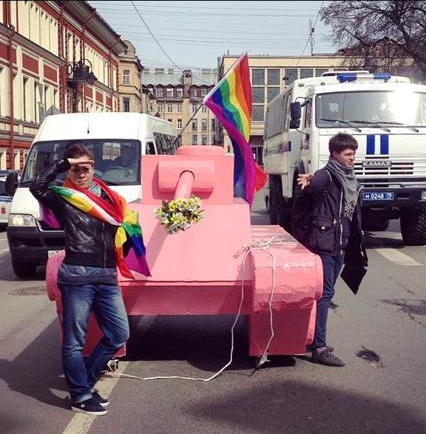 In the Russian city of Novosibirsk, 2,000 marchers dressed in absurdist costumes and holding nonsensical signs participated in the 12th annual absurdist “Monstratsiya” parade. Local authorities did not sanction the procession, which organizers originally intended to meet up with a march by the liberal Yabloko party at the end of their route; police dispersed the group. Monstratsiya founder Artyom Loskutov explained the political context of his creation: “I can’t get away from the sense that I’m living in some kind of absurd. Reading the news, I am always surprised by the direction we are going. That’s why the ‘Monstration’ is the more honest and adequate reaction to our lives.” 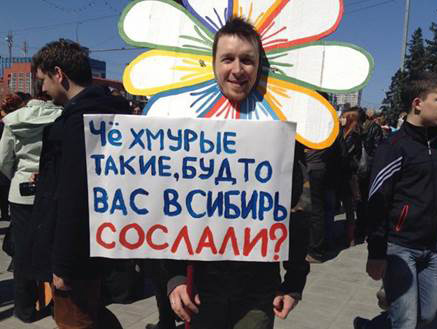 The Turkish government dispatched 10,000 police throughout Istanbul to head off May Day protests around the city. Taksim Square was completely blocked off, and roads and public transportation to protest sites were closed. Tear gas and water cannons sent would-be protesters fleeing for safety. 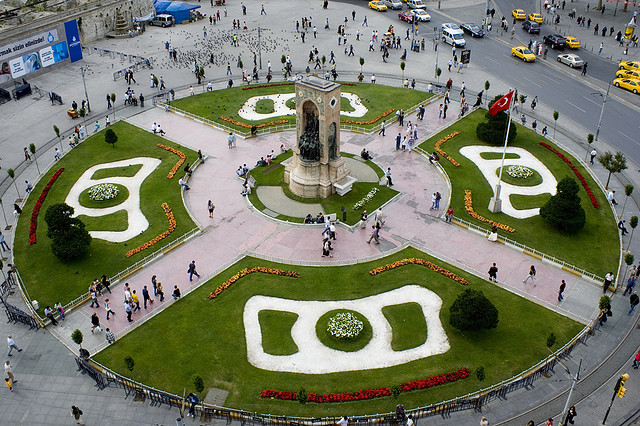 Above: Taksim Square in Turkey in 2007. (Flickr/Creative Commons)

Local authorities banned an opposition-planned May Day celebration in Mogilev. Officials would have allowed the event to take place in a different part of the city, but since it would have been in the middle of nowhere, there was not much of a point. This is the second year in a row that not a single mass event with the participation of the opposition has been officially sanctioned to take place in Mogilev. Authorities did allow a spring festival centered on the town's fountains and parks. 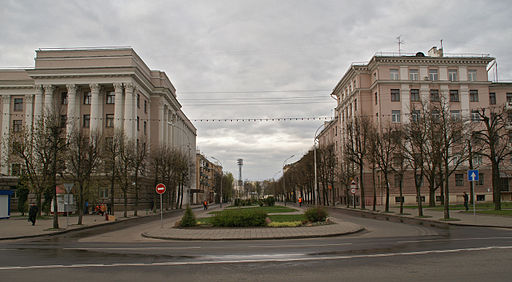 Above: Lenin Square in Mogilev, Belarus in 2008.