To Navigate Brexit, Borrow from the U.S. Constitution

Britain could benefit from the stabilizing elements found in another fractious democracy’s basic law. 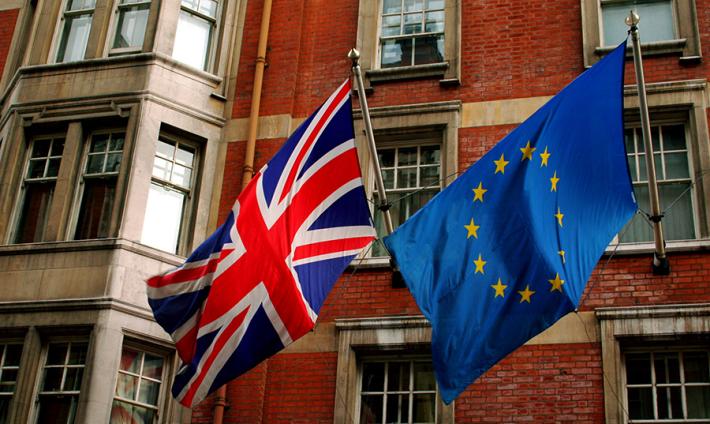 Britain could benefit from the stabilizing elements found in another fractious democracy’s basic law.

The drafters of the U.S. Constitution faced a complex challenge. Well-versed in classical history, they were determined to safeguard the new federation not only against an executive tyranny, which doomed the Roman Republic, but also against the threat of instability and demagogy posed by direct democracy, which was seen as the bane of ancient Athens. Most importantly, the framers had to ensure the durability of a union of diverse states of varying size and interests.

The recent referendum on Britain’s membership in the European Union has raised some of the same problems in that country, and a closer look at two key elements of the U.S. Constitution may provide insight on possible solutions.

A high bar for ratification of treaties

Article II, Section 2, of the U.S. Constitution states that international treaties must be approved by a two-thirds supermajority of the Senate. Since the Senate is made up of two members from each state, this rule ensures that the bulk of the country—not just a majority or the most populous states—stands behind major international agreements that may bind future generations in critically important ways.

Britain has no such requirement, and last week’s referendum revealed deep dissatisfaction with the country’s treaty-driven EU integration, as well as clear differences of opinion among the United Kingdom’s four constituent nations. While it is impossible to turn back the clock and change the rules governing past treaty ratifications, Parliament could decide that any withdrawal arrangement the government negotiates with Brussels would require a legislative supermajority for ratification, perhaps after new elections. Such a process would give citizens on both sides of the issue an opportunity to assess the actual details of what their leaders have come up with, and guarantee that the country is firmly in favor of its new status.

Of course, the EU would probably have to agree to this plan, as a failed or stalled ratification, or even a ratification with amendments, could otherwise result in Britain’s abrupt, disorderly ejection from the union at the end of a two-year negotiating deadline set by Article 50 of the Lisbon Treaty.

A higher bar for constitutional changes

Article V of the U.S. Constitution holds that amendments to the charter require ratification by three-fourths of the states. By setting this high threshold, the nation’s founders hoped to protect the long-term stability of their project. Altering the basic terms of the federation, the fundamental nature of the union, would be possible only with very broad consensus among those affected.

Britain famously lacks a neatly packaged constitution, relying instead on an organic accumulation of laws and precedents. This has served it well for centuries. But over the past 20 years, Parliament has devolved substantial authority to Scotland, Wales, and Northern Ireland, giving them a distinct political existence. The United Kingdom is now, in important respects, a federation, and it must take care that its constituent units—regardless of their size—are solidly supportive of any major changes to the country’s nature and status.

Scotland and Northern Ireland voted against leaving the EU last week, and Scotland in particular has threatened to call a second referendum on independence from the United Kingdom in a bid to keep its EU membership. If they were assured that ratification of any withdrawal terms would require approval from at least three of the four British nations, giving all a chance to analyze the final deal, they could be convinced to stay in the kingdom, permanently.

It is up to British jurists, politicians, and diplomats to decide whether these concepts and others like them are viable or acceptable to the public, but there is little evidence to suggest that they are undemocratic. Indeed, most democratic countries set a high bar for the adoption of constitutional changes. A strong democracy requires not just rule by a majority and regular elections, but a broad and deep consensus on the fundamental rules of the polity, and resilient protections for those who may find themselves, temporarily or indefinitely, in the minority.