The Saudi monarchy faces growing pressure on the two traditional pillars of its legitimacy—prosperity and religious authority. 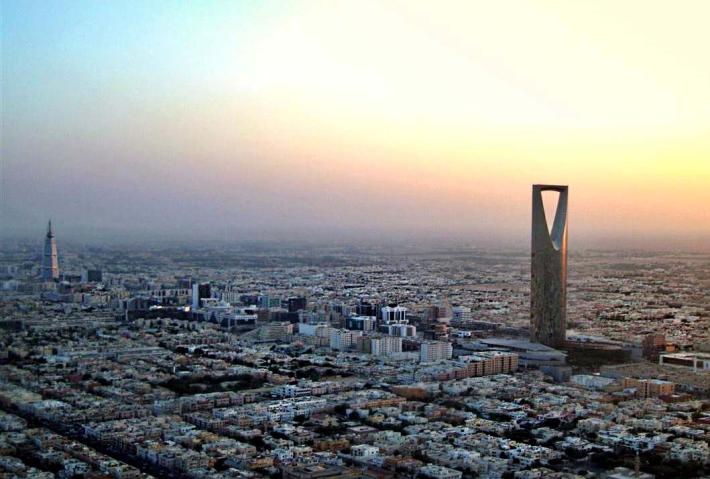 The Saudi monarchy faces growing pressure on the two traditional pillars of its legitimacy—prosperity and religious authority.

The Saudi royal family is in a tough place. The king, lacking the authority of an elected leader, is dependent on the blessing of Wahhabi clerics to preserve his legitimacy as custodian of the two holy mosques, and on abundant oil wealth to maintain his role as provider of material prosperity for the population. Yet both of these long-standing arrangements are looking increasingly untenable.

The kingdom is struggling to fend off multiple regional challenges to its status as the champion of all Muslims, and falling oil prices have forced the government to rethink the implicit social contract by imposing taxation on its citizens. To lay a new foundation for peace and prosperity in the coming decade, the country’s rulers should use this opportunity to create a sense of popular legitimacy based on political participation.

The most pressing challenge for the Saudi monarchy is maintaining its system of social patronage in the face of falling oil prices. Saudi Arabia depends on oil revenue for around 77 percent of its budget, compared with 33 percent for its regional archrival, Iran. Yes, Saudi Arabia still has three times the GDP per capita of Iran, but the mood and prospects of the two countries are quite different. The Islamic Republic—long battered by sanctions—is riding a wave of new opportunities stemming from the international agreement on its nuclear program. President Hassan Rouhani’s government has signed several multibillion-dollar European investment deals in recent months, and he presented his budget to the parliament as an “opportunity for an economic leap forward.”

King Salman, by contrast, is facing a fiscal crisis and demanding austerity. Backed by an army of McKinsey consultants, the Saudis plan to reduce energy subsidies, introduce value-added taxes (VAT), and attract foreign investors by selling a stake in the state oil monopoly Saudi Aramco. At the same time, with a resurgent, belligerent Iran posing the greatest geopolitical challenge to the Saudi-led order since Saddam Hussein, Riyadh’s military expenditure has risen to 25 percent of the budget, making it the world’s top military spender as a percentage of GDP. Every billion spent on light-armored vehicles is one less billion available to satisfy the growing demands of a frustrated, educated youth that makes up two-thirds of the Saudi population.

You can’t say Saudi without Saud

Legitimacy built on hereditary rule grows more anachronistic with each passing year, as the people of the Middle East increasingly demand a say in how they are governed. The Saudi royals may have bought themselves time by supporting incumbent or counterrevolutionary forces in Bahrain, Jordan, and Egypt, but Riyadh’s financial and military resources are reaching their limits.

The Saudis do possess something that fallen dictators like Hosni Mubarak, Zine el-Abidine Ben Ali, and Mu’ammar al-Qadhafi all lacked: the “divine right” to rule. The centuries-old Faustian pact between the House of Saud and followers of the 18th-century cleric Mohamed ibn Abd al-Wahhab has provided the country’s rulers with legitimacy and the Wahhabis with a platform to spread their intolerant, literalist interpretation of Islam. But the relationship is in many ways a liability for the regime. The fundamentalists have a habit of undermining the monarchy’s own calls for modest social reforms at home and intervening overseas to support violent jihadists, some of whom may have little love for the Saudi government, not to mention its Western allies.

The ruling family is thus cornered by a number of foreign and domestic enemies: secularists and nonviolent Islamists who seek social or political reforms, a Shiite minority demanding an end to discrimination, Iran and its regional proxies, and Sunni extremists who question the regime’s piety. Given the diversity of these opposing forces, it is sometimes unclear what the monarchy is defending aside from itself.

Oh Abdullah, where art thou?

Much of the pessimism over Saudi Arabia’s current trajectory is linked to appreciation for the legacy of the late King Abdullah. Upon his death, he was eulogized by President Barack Obama as a king “dedicated to the education of his people and to greater engagement with the world.” He is credited with appointing the first women to the unelected national Consultative Council and authorizing partial elections for largely advisory municipal councils in a bid to slowly modernize Saudi society. From 1980 to 2015, the number of Saudis studying in America on government scholarships each year rose tenfold, from 11,000 to over 125,000. Though women still cannot drive, there are currently more women than men studying in the country’s universities, and Saudis are among the world’s most active users of social media, which have revealed slowly changing social norms and new concepts of government accountability.

With the ascension of King Salman last year, there was some hope that the Saudi gerontocracy was finally yielding to a new generation. Nonetheless, the new leadership structure is more reminiscent of a mafia family than a modern state. If one uses Mario Puzo’s Godfather series as a reference, Georgetown-educated foreign minister Adel al-Jubeir is the soft-spoken consigliere Tom Hagen, while the king’s son, 30-year-old defense minister Mohammad bin Salman, has earned a reputation as an impulsive Sonny Corleone. King Abdullah may have been moving in the right direction, but too slowly. Prince Mohammed—seen as a leading force behind the kingdom’s more aggressive foreign policy—may be moving in the wrong direction, and too quickly.

The best hope for Saudi Arabia to survive its demographic, economic, and geopolitical challenges lies in a transition to more transparent and representative institutions. The mere fact that Iran holds national elections—flawed as they are—allows the public to communicate peacefully with the regime, and buys the leadership time to address popular demands. Voters are not free to choose their leaders, but they are able to participate as something more than spectators. In Saudi Arabia, where no such feedback loop exists, a young, educated, and aspirational middle class is at the mercy of a reactionary and unsympathetic clerical establishment. When these two forces finally reach a critical impasse, the royal family will be caught in the middle. It would be wise to do as the world’s longest-lasting monarchies have done and create a political sphere where multiple voices can be heard, and where there is someone other than the monarch to blame for any failure.