The regime has used deadly violence, but it’s the protesters who are punished as terrorists. 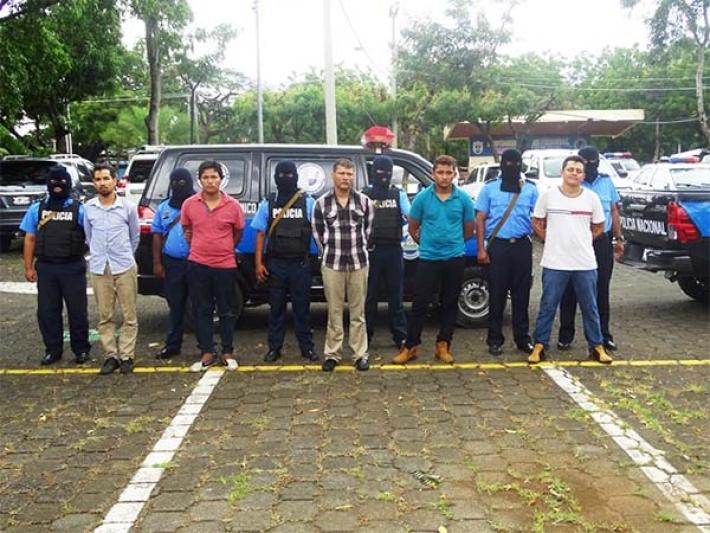 The regime has used deadly violence, but it’s the protesters who are punished as terrorists.

On July 16, the Sandinista-dominated parliament in Nicaragua voted to pass a new law that would ostensibly combat money laundering, obstruct terrorist financing, and prevent the channeling of funds toward weapons of mass destruction. The administration of President Daniel Ortega had proposed the law in early April, prior to the eruption of massive antigovernment protests later that month.

Since its adoption, however, the law has garnered widespread criticism from international bodies, human rights organizations, media outlets, and members of civil society. Their objections have focused on Articles 394 and 395, which define a terrorist as any person who causes death or serious bodily injuries to noncombatants in an armed conflict—or who destroys public or private property with the intent of intimidating a population, altering the constitutional order, or obliging the government or an international organization to carry out or abstain from certain actions. Penalties under the law include 15 to 20 years in prison, and those who financially abet terrorists, directly or indirectly, can face similar charges and receive commensurate punishments.

The Office of the UN High Commissioner for Human Rights noted that the vaguely worded legislation, approved amid the ongoing crackdown on protests, could be exploited to mislabel demonstrators as terrorists. Given the extreme measures the authorities had already employed to suppress the protests, it was hardly inconceivable that the Ortega administration would abuse the terrorism designation in this way.

The Inter-American Commission on Human Rights has documented a list of grave human rights violations since the protests began. These include the unnecessary use of force by police and armed partisan gangs as well as torture and other cruel, inhuman, and degrading treatment. Large numbers of people have been arbitrarily detained, over 100 have disappeared, and over 400 have been confirmed dead. The expanded definition of terrorism allows the authorities to disguise these abuses as counterterrorism measures.

Indeed, the new legislation has been invoked against protesting students, farmworkers, and other demonstrators. During a mid-July siege on the Church of the Divine Mercy, the antiterrorism law was used to arrest several university students, some of whom then disappeared. Media outlets have reported hundreds of new cases of arbitrary detention and arrests resulting from terrorism charges. Meanwhile, progovernment paramilitary forces face little danger of being labeled terrorists despite murdering demonstrators and committing arson, kidnapping, and torture of civilians.

The repression has led to a surge of asylum-seekers into neighboring countries, especially Costa Rica. According to the Office of the UN High Commissioner for Refugees, an estimated 8,000 asylum applications have been received since April, and more than 15,000 are pending. Thousands of other Nicaraguans have crossed the border irregularly without filing the proper paperwork. Costa Rican foreign minister Epsy Campbell has said that the influx speaks to the worsening conditions in Nicaragua, and has urged the world to pay attention to the crisis.

On several occasions in recent months, the Inter-American Commission on Human Rights, civil society organizations, and other bodies have underscored the horrific and growing creativity of the repressive violence wielded against protesters in Nicaragua. The new antiterrorism law, a conspicuous example of the Ortega regime’s versatility, adds another weapon to its arsenal.