Nigeria Heads for Elections in February, but Governance Is the Real Challenge

The candidates will have to explain how they plan to tackle corruption and security threats. 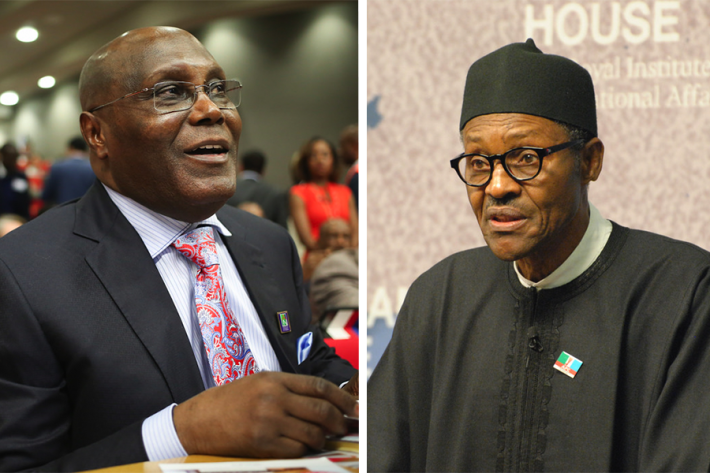 The candidates will have to explain how they plan to tackle corruption and security threats.

With party primaries now complete, the battle lines have been drawn for Nigeria’s crucial presidential election on February 16, 2019. Incumbent Muhammadu Buhari has been renominated by the All Progressives Congress (APC), while former vice president Atiku Abubakar was named as the candidate of the People’s Democratic Party (PDP), the main opposition group.

All national elections in Nigeria are important, but the stakes this time are especially high. In 2015, the country overcame a history of violent and fraudulent polls by conducting a credible vote that led to the first peaceful transfer of power between parties since the end of military rule in 1999, with Buhari defeating incumbent president Goodluck Jonathan of the PDP. The quality of the upcoming election, as well as the policy changes it could unleash, will shape the future of Nigeria’s democratic consolidation.

The incumbent’s mixed record on corruption and security

Buhari’s winning campaign in 2015 was framed as a referendum on Jonathan, whose administration was widely viewed as corrupt and incapable of effectively addressing the security threat posed by Boko Haram or the regional and communal divisions that have bedeviled the country since independence. Buhari came into office promising to crack down on pervasive corruption, but the results of his efforts have been mixed.

The Petroleum Industry Governance Bill, widely considered an essential tool for reining in graft in the oil and natural gas sector, was passed by the National Assembly in March. Buhari, however, has thus far refused to sign it into law, citing the large budgetary allocations for a new oversight body, the Petroleum Regulatory Commission, that would be established under the bill. The Economic and Financial Crimes Commission (EFCC), the country’s main anticorruption agency, has initiated a number of high-profile investigations during Buhari’s term, but PDP leaders claim that many of the probes have been politically motivated, and that corruption by Buhari’s allies in the APC often goes unpunished.

The administration has also failed to significantly reduce extrajudicial killings and torture by the military. On October 29, soldiers responded to rock-throwing protesters from the Islamic Movement of Nigeria, a Shiite activist group, by opening fire and killing as many as 45 people. In response to criticism of the shootings, the army’s official Twitter account posted a video of US president Donald Trump arguing—in the context of US border security—that stones thrown at the military should be considered firearms. Clearly, the excesses of the armed forces have not been checked under Buhari’s leadership.

Although a series of government offensives have weakened Boko Haram, the Islamist militant group continues to terrorize large swaths of northern Nigeria and claimed responsibility for a number of deadly attacks this year. The country’s broader ethnic and religious tensions still simmer and frequently boil over into violence. In the Middle Belt region, chronic clashes between largely Christian farmers and Muslim herders from rival ethnic groups have claimed thousands of lives, and state authorities seem unable to stop the bloodshed. It remains to be seen whether Buhari’s administration is capable of making the policy changes needed to bring about stability.

Like Buhari, Atiku is a veteran of Nigerian politics. He served as vice president from 1999 to 2007, during the administration of former president Olusegun Obasanjo. Atiku’s long career has been marked by corruption allegations. A US Senate report released in 2010 detailed suspicious wire transfers totaling $40 million, sent from offshore accounts to Atiku’s wife in the United States. In 2005, Atiku also allegedly demanded a large bribe from former US representative William Jefferson in exchange for granting Nigerian government contracts to two telecommunications firms. Given the multitude of credible allegations that have been leveled against him, it is unlikely that Atiku would take genuine or meaningful steps to address corruption as president.

Atiku has harshly criticized Buhari for his flawed response to Boko Haram and communal violence in the north. However, he has not presented a detailed security strategy that would represent an alternative approach to quelling the violence.

To strengthen its nascent pattern of democratic power transfers, Nigeria must hold a credible, peaceful election in February. But a well-run election alone will not solve the governance problems that continue to threaten the country’s democracy.

The winning candidate will need to take bold steps to address the complex set of factors that have made corruption so intractable to date. The incoming president will also have to bolster the rule of law in Nigeria, in part by holding all security forces accountable for abuses and providing the resources and training necessary to upgrade their performance.

Nigerian voters, journalists, civil society activists, and other presidential challengers should press the leading contenders to explain how they would improve governance, and then make sure they keep their campaign promises long after election day.