In Occupied Crimea, New Echoes of a Dark Past 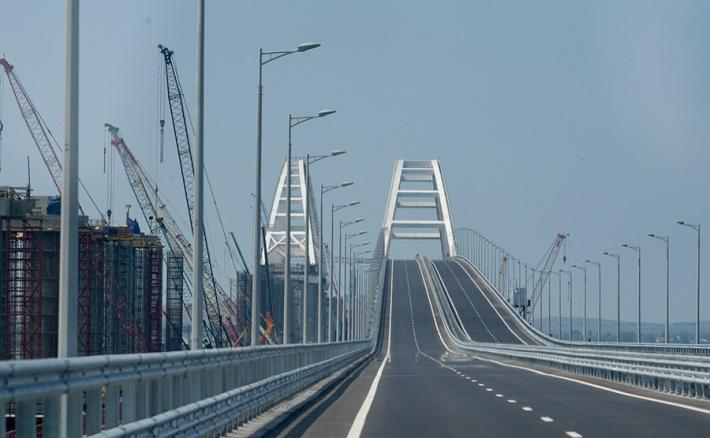 Earlier this week, Russian president Vladimir Putin inaugurated a new bridge linking occupied Crimea to the Russian mainland. But for Crimeans living under de facto Russian rule, there is little to celebrate. Many individuals, particularly Crimean Tatars, have seen respect for freedom of belief, freedom of the media, freedom of expression, and freedom of association all but disappear over the last four years. While life under the Ukrainian constitution between 1991 and 2014 was not without challenges, citizens’ access to democratic rights and fundamental freedoms has undergone a jarring change for the worse.

Ukraine as a whole remains Partly Free, according to Freedom House’s Freedom in the World index, but Crimea has been designated Not Free since the Russian occupation began, as those who try to exercise their basic rights face harsh repression by the authorities. Indeed, the territory’s separate score is among the worst in the entire Eurasia region, falling below that of the Russian Federation itself.

Putin’s bridge ceremony came three days before the 74th anniversary of “Sürgünlik,” the state-imposed exile of the Crimean Tatar people. In one of the darkest chapters in Soviet history, more than 180,000 men, women, and children were roused in the middle of the night, rounded up, and packed into cattle cars bound for Siberia and Central Asia. It is estimated that nearly 8,000 perished during the journey alone, and those who survived faced difficult living conditions and the threat of cultural annihilation.

The Crimean Tatars were not allowed to return to their homeland until nearly 50 years later, after the collapse of the Soviet Union in 1991. One of the most significant markers of this return was the official recognition and legalization of the Mejlis—the representative body of the Crimean Tatar people—by the Ukrainian government in 1999. Conditions for Crimean Tatars following Ukrainian independence were by no means perfect. Various government reintegration initiatives, including the resettlement program and state efforts to foster social and economic development on the peninsula, stalled badly or were not implemented at all due to the weakness of key government institutions. There were also incidents of harassment, intimidation, and xenophobia toward Crimean Tatars during this period.

Nevertheless, for nearly 25 years under Ukrainian governance, the Crimean Tatars enjoyed a substantial degree of respect for their civil and political liberties, allowing them to develop independent Crimean Tatar media such as ATR, Golos Kryma, and Avdet; organize public assemblies; and practice their Muslim faith without facing politically motivated charges of extremism.

In stark contrast, under de facto Russian rule, the Mejlis was formally banned as an extremist group in 2016, forcing it to relocate to Kyiv. Acts of public remembrance for the 1944 mass deportation have been banned on the peninsula since 2014. Crimean Tatars and other residents who voice dissent, attempt to practice their fundamental right to free assembly, or otherwise speak out in defense of free expression—such as Oleg Sentsov, Ruslan Zeytullayev, and Ali Asanov—face arrests, searches, detention in psychiatric facilities, enforced disappearances, and show trials in Russian-controlled courts. Many who are charged with extremism, particularly Crimean Tatars, are accused of being affiliated with the Islamist group Hizb ut-Tahrir, which is banned as a terrorist organization in the Russian Federation. More than 60,000 Crimean residents, including many Crimean Tatars, have been forcibly displaced as a result of the occupation.

Journalists forced out, or underground

The media landscape in Crimea has changed dramatically under Russian rule. Broadcasts from Ukrainian television channels have been replaced with Russian state-controlled channels. Local independent media, including Crimean Tatar platforms such as ATR, have been virtually eradicated from the peninsula. In 2015, many of these outlets were denied registration with Roskomnadzor, the Russian Federation’s media and telecommunications regulator, for apparently politicized reasons. ATR and others consequently relocated to Kyiv, but this means that their journalists do not have direct access to Crimea, affecting the quality and depth of their reporting.

The independent journalists who remain on the peninsula now operate informally as bloggers, given that they cannot register or get accreditation for their work. They frequently face persecution, as was the case with Nariman Memedeminov, a Facebook blogger who was arrested by Russia’s Federal Security Service last month for allegedly sharing “extremist statements” in a YouTube video recorded almost five years ago. Other journalists have opted to join Russian state-controlled media outlets, as that may be the only way for them to make a living in their field.

The need for active international support

While some members of the international community have condemned the deplorable state of democracy and human rights inside Crimea, those who have the power to effect meaningful change should take far more concrete action.

The United States should provide both diplomatic and material support for those who are courageous enough to remain in Crimea and fight daily repression, particularly the independent journalists and activists who share critical information with the outside world. Ukraine should also foster the wide dissemination of content from inside Crimea so that both Ukrainian and international audiences are aware of what is happening on the ground.

Even in the face of Russian intransigence, the international community must continue to demand accountability for human rights violations through judicial institutions like the International Criminal Court and the European Court of Human Rights, as well as international bodies that focus on independent journalism, such as the representative on freedom of the media at the Organization for Security and Co-operation in Europe (OSCE).

Finally, the international community should continue to push for OSCE or UN-led human rights monitoring missions to Crimea, with the participation of journalists who can provide objective coverage of conditions on the peninsula after more than four years of illegal occupation.