In Postwar Ukraine, Democratic Development and Cultural Restoration Will Go Hand in Hand

A reconstruction process that acknowledges the country’s rich and diverse culture would strengthen democracy and human rights for decades to come. 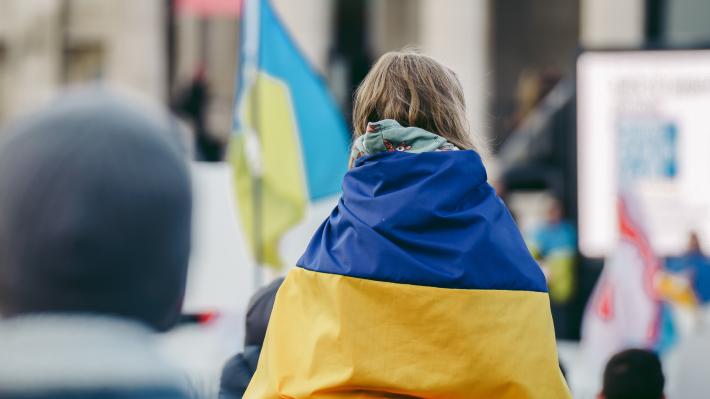 Those of us who have never lived as civilians at the center of an armed conflict might assume that it means jettisoning all concerns beyond the survival of ourselves and our loved ones. But for Ukrainians who have been subject to constant Russian aggression since 2014, and a full-scale invasion since February 24, the war poses a threat to the survival of their national culture as well as their personal safety.

In the Kremlin’s imperialist worldview, the idea that Ukraine is an independent country with its own rich cultural heritage is anathema. Russian president Vladimir Putin has repeatedly declared that Russians and Ukrainians are “one people” and “one nation.” In a 2021 screed in which he argued that the “true sovereignty of Ukraine is possible only in partnership with Russia,” he also asserted a “common literary and cultural heritage,” asking, “how can this heritage be divided?” In 2019, Putin told American film director Oliver Stone that “when these lands that are now the core of Ukraine joined Russia, nobody thought of themselves as anything but Russians.”

Such statements ignore, among other things, the historical fact that the inhabitants of what is now Ukraine did not voluntarily “join” Russia. Dogged attempts by tsarist and Soviet rulers to “Russify” their successive territorial conquests by, for example, suppressing the Ukrainian language clearly demonstrate the existence of an identity distinct from that of Russians.

Putin’s armies are now attempting to erase this identity yet again. As of July 25, UNESCO had verified damage to 168 cultural sites since the current invasion began in February: 73 religious sites, 13 museums, 33 historic buildings, 24 buildings dedicated to cultural activities, 17 monuments, and 8 libraries. There have been multiple reports of Russian forces looting and razing museums to the ground. After Russian troops burned down a museum in Ivankiv that contained paintings by the revered folk artist Maria Prymachenko, the artist’s great granddaughter told reporters that “the museum was the first building in Ivankiv that the Russians destroyed … because they want to destroy our Ukrainian culture.”

Ukrainian nongovernmental organizations (NGOs) have been playing an essential role in documenting the intentional destruction of Ukrainian culture and history. Starting with the Russian invasion of Georgia in 2008, Truth Hounds has accumulated 14 years of experience in documenting international crimes, which it is now bringing to bear as it records attacks on Ukraine’s cultural heritage. PEN Ukraine has similarly been registering murders, disappearances, and other attacks on cultural figures since February 24. Such efforts will support future accountability for the perpetrators of these crimes, providing vital evidence for submissions to the International Criminal Court and the International Court of Justice.

Even if Ukraine wins this war—as all supporters of democracy hope and believe it will—its citizens will emerge with immense trauma. In 2004, US sociologist Jeffrey C. Alexander argued that people suffer cultural trauma when they “feel they have been subjected to a horrendous event that leaves indelible marks upon their group consciousness,” and Polish sociologist Piotr Sztompka later wrote that “wounds inflicted to culture are most difficult to heal” because “culture is a depository of continuity, heritage, tradition, identity of human communities.” Restoring Ukraine’s ravaged museums, synagogues, churches, and monuments will consequently be a process not only of physical but also of psychological and social healing through which Ukrainians can build the resilience needed to strengthen their democracy in the postwar reconstruction period.

The restoration process will no doubt ignite contentious debates about how Ukrainian society should interpret its history and cultural heritage moving forward. The form these debates take, and the amount of space they allow for diverse voices, will set the tone for the country’s subsequent democratic development.

For example, Moscow’s brutal aggression has led many Ukrainians to reject all aspects of Russian culture, prompting acts such as the dismantling of monuments to the 19th-century poet Alexander Pushkin in Ternopil and Uzhhorod, the renaming of certain Kyiv streets, and the introduction of a draft bill that would ban the import and distribution of books and music by post-Soviet Russian artists. While the desire to remove all traces of the aggressor’s culture is understandable, public discussions and initiatives regarding Ukraine’s history and heritage should be sensitive, transparent, and inclusive of those who—to varying degrees—may identify with aspects of Russian culture.

Moreover, while the damage to religious sites recorded by UNESCO has largely affected Christian churches, the destruction of Kharkiv’s Drobytskyi Yar Holocaust Memorial and the Bismillah Islamic Cultural Center in Sievierodonetsk underscores the multicultural foundation of Ukrainian democracy. Muslim and Jewish religious leaders have played vital roles in resisting Russian aggression; Mufti Said Ismagilov, one of the country’s top Muslim clerics, notably publicized his decision to join the territorial defense forces. Ukraine has long been a vibrant multifaith society, and the restoration of cultural heritage sites associated with all religious communities will provide a crucial opportunity to emphasize inclusion and pluralistic representation in the broader reconstruction effort.

The need for international support

A successful response to Moscow’s explicit targeting of Ukrainian culture will require collaboration between human rights organizations and artistic groups, both within Ukraine and internationally. Artists and cultural workers find themselves on the front lines of Ukraine’s fight for freedom and democracy, and they should therefore receive the same degree of support as other human rights defenders.

International organizations dedicated to bolstering human rights and democracy should follow the lead of grassroots Ukrainian groups that have experience working on the cultural impact of the war, such as Truth Hounds and Chytomo. Both organizations have focused on the intersection of culture and human rights for over a decade.

International partners should also ensure the availability of psychosocial support for Ukrainian activists, artists, and cultural workers, strengthening both their personal resilience and their ability to defend freedom of cultural expression. This could entail funding and logistical aid for Ukrainian organizations such as Active Community (Aktivna Hromada), which provides art therapy for adults and children, and Blue Bird (Blakytniy Ptakh), which operates a crisis-counseling telephone line for people who have experienced captivity and torture. Support for broader artistic and civic initiatives—like the public photo exhibition The War Is Not Over Yet, organized by PEN Ukraine, the Institute of Mass Information, Human Rights Center ZMINA, and others—would similarly help ordinary Ukrainians work through wartime trauma.

Finally, global democracy and human rights groups should use their convening power to bring together voices representing Ukraine’s diverse society in pursuit of a reconstruction process that is inclusive and transparent, and they should act as a bridge between local initiatives and international institutions with unique expertise in excavation, engineering, and restoration work, using past collaborations in other conflict zones as a model.

Postwar reconstruction will be an enormous undertaking, and many of Ukraine’s democratic allies have already pledged to assist. As they help to rebuild the country’s housing and basic services, however, they should not neglect its cultural resources, which have given Ukrainians the inner strength to resist authoritarian aggression even as so much else is destroyed.

Emily Couch is a program associate for Ukraine at Freedom House.

Prior to the Russian invasion in February 2022, Freedom House has been working with an array of partners in Ukraine to mobilize their efforts to resist censorship, advocate in support of human rights and good governance, conduct public oversight over the law-enforcement and security sector, and protect activists and journalists from persecution and violence.

Categorized as a Transitional or Hybrid regime, Ukraine receives a Democracy Percentage of 39 out of 100 in the Nations in Transit 2022 report.