Their demands are clear—a democratic Sudan under civilian leadership. 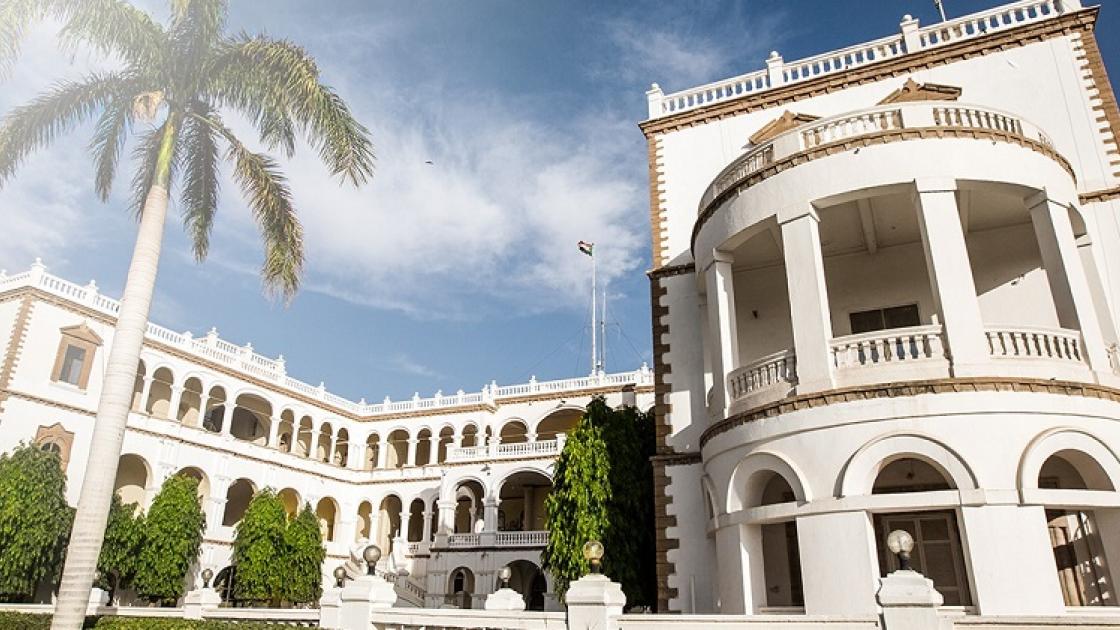 The presidential palace in Khartoum, Sudan

Their demands are clear—a democratic Sudan under civilian leadership.

After months of protests against the regime of longtime president Omar al-Bashir, Sudan’s defense minister announced today that the military had arrested Bashir and planned to lead a two-year transition followed by elections. In the exchange below, Jon Temin, director of Freedom House’s Africa programs, answers questions about these developments and what they might mean for the prospect of democratic change in Sudan.

Who exactly is leading the protests?

The primary organizer is the Sudanese Professionals Association, a collection of doctors, lawyers, and other professionals mobilizing against the Bashir regime. The duration, scale, and scope of these protests are remarkable. While there have been many protests against the regime, some brutally repressed by security forces, in recent years demonstrations have never been this sustained or geographically widespread. Organizers have clearly learned from past experience, as well as from tactics used elsewhere in the world. It is important to note that Sudanese are very proud of their history of successful protest, as “people power” movements helped to overthrow Sudanese governments in 1964 and 1985.

Are they likely to settle for the military’s transition plan?

No. These protests are fundamentally against autocratic governance and a violent system of oppression and marginalization—many Sudanese did not appreciate early characterizations of their campaign as “bread protests,” even if the initial impetus was a rise in bread prices. Bashir is the strongest symbol of that system, but many others, including key figures in the military and national intelligence service, are a core part of it. Any efforts to create the illusion of change, while retaining the central elements and people of the old system, won’t satisfy protesters, and they will very likely continue their struggle. Their central demands are clear: a democratic Sudan under civilian leadership.

How might events in the capital affect the security situation elsewhere in the country, which has a long record of insurgencies?

This is a critical question, especially given the multitude of armed militias, some of which have grown out of the notorious Janjaweed responsible for much of the violence in Darfur. These groups operate in several parts of the country, including Darfur and the volatile states of Southern Kordofan and Blue Nile. Even when Bashir was in office, the government was not able to exercise full control over these groups; with his ouster, and uncertainty in Khartoum, there is a risk that the militias will violently pursue their own narrow objectives. Equally concerning is the prospect of a struggle for power between the army and the intelligence service, which could become quite violent and bloody, as well as the prospect of other groups and individuals seeking revenge for violence perpetrated by the regime over many years.

Saudi Arabia, China, and other foreign powers have built a close relationship with the regime. Are they likely to influence any transition?

The Gulf states, as well as Turkey and Egypt, have the potential to be influential. Sudan has relied on sporadic financial support from the Gulf in recent years, and Turkey has been investing heavily in its relationships in Africa. Sudan-Egypt relations are complicated because of tensions over policy toward the Muslim Brotherhood and the Nile water supply. Among the key questions is whether Bashir will seek exile in any of these countries, most of which are not signatories to the Rome Statute that created the International Criminal Court; that would reduce his risk of being extradited to The Hague to face charges related to Darfur.

Are there viable opposition parties or prominent figures who might provide leadership for a democracy movement?

This is perhaps the greatest uncertainty. Prominent opposition politicians will likely seek to assert leadership, but many of them are seen as part of the past and are unpopular due to their previous dalliances with the Bashir regime. Beyond the military leadership that seems to be in place now—which will be unacceptable to protesters and the majority of Sudanese—there will be talk of establishing a technocratic interim government that can serve until the next elections. This is a good notion in principle, though some countries have struggled to execute it in practice. Sudanese academics and civil society leaders have done important work on “day after” scenarios, and now find themselves in precisely that situation. The hope will be that they can apply their research and help guide a meaningful reform process.

What are the prospects for the United States playing an important role in the transition?

During the Obama administration, the United States initiated a process of normalizing relations with Sudan in an effort to compel it to pursue reforms on a handful of key topics. That process eventually led to the removal of some US sanctions on Sudan during the Trump administration. This perceived softening of its stance toward the Bashir regime may now complicate US efforts to support a democratic transition. That said, the United States, and its democratic system of government, remain popular with many Sudanese, and the United States has a long history of peacemaking in this part of Africa. Washington will be looked to for support, and the tone of forthcoming statements will be closely watched. But at the end of the day, what has been achieved so far in Sudan is the result of the bravery, grit, and determination of the Sudanese people.