The latest findings of the Freedom of the Press report show the state of media independence around the world. It’s not a pretty picture. 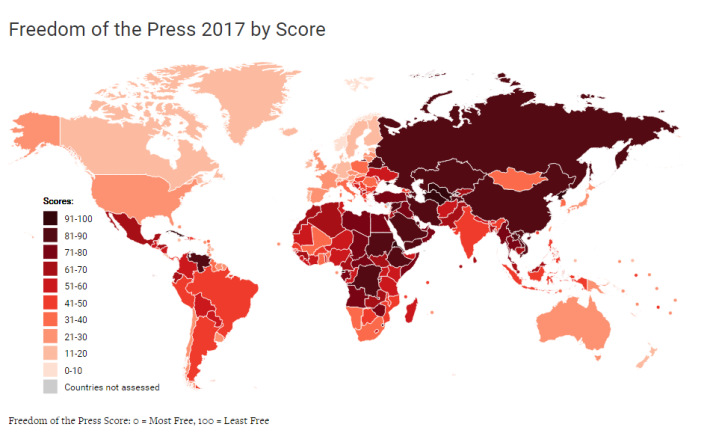 The latest findings of the Freedom of the Press report show the state of media independence around the world. It’s not a pretty picture.

1. The Big Picture: Free, Partly Free, and Not Free

The annual Freedom of the Press report assigns 199 countries and territories a status of Free, Partly Free, or Not Free. Fewer than a third are rated Free for 2016.

Between the best and worst, one can find a broad range of media environments. Even countries that receive the same total score may have different strengths and weaknesses.

The countries with the world’s best press freedom scores are concentrated in Northern and Western Europe, while the worst abusers of journalistic rights are found in a swath of territory stretching from Africa to Asia. 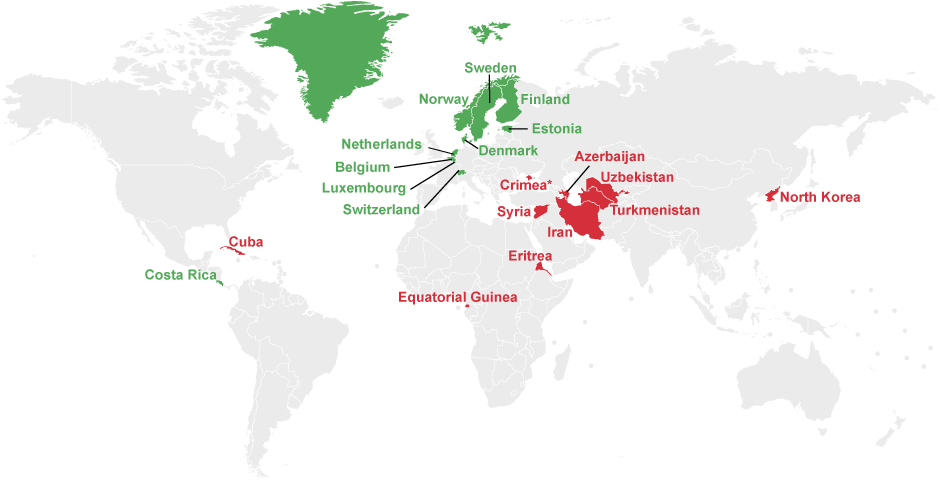 Note: Map excludes countries with a population of less than 500,000.

While conditions for the media in some countries have recovered from the effects of coups, autocratic rule, and violence, such problems have grown worse in many more places around the world. 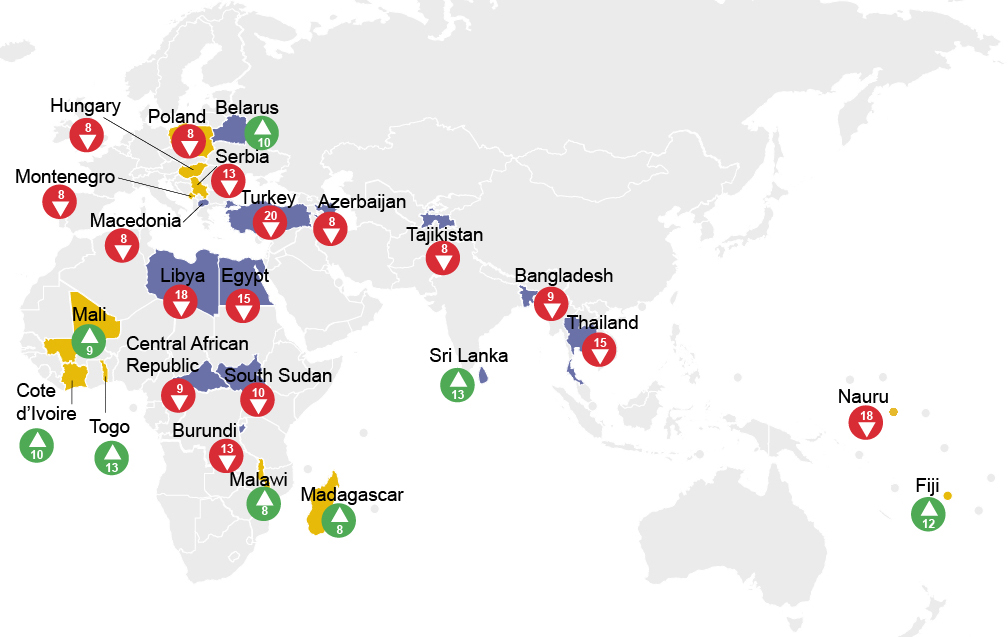 Which countries should be on your radar this year? The following 10 are among those that may be moving toward important changes in their press freedom conditions—for better or worse.
Hover on a country to learn more.