Freedom House has compiled the following questions for Rex Tillerson, whom President-elect Donald Trump has nominated to serve as secretary of state. Tillerson’s confirmation hearing before the Senate Foreign Relations Committee is scheduled for Wednesday, January 11. 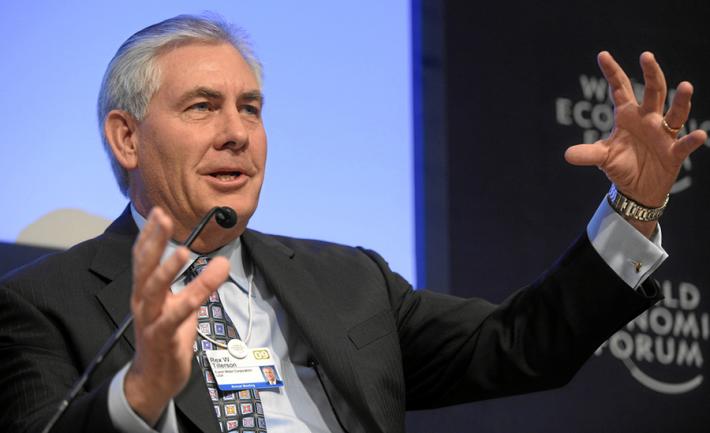 Freedom House has compiled the following questions for Rex Tillerson, whom President-elect Donald Trump has nominated to serve as secretary of state. Tillerson’s confirmation hearing before the Senate Foreign Relations Committee is scheduled for Wednesday, January 11.

Democracy and human rights
1. Do you believe that the United States has an interest in encouraging democratic governance in countries where it does not currently prevail? Or do nondemocratic regimes provide greater long-term stability and more fruitful bilateral relationships?

2. Do you consider the global erosion of democratic standards and the surge in authoritarianism—as documented by Freedom House—to be threats to U.S. national interests?

3. How do you view the role of funding for democracy and human rights programs in the United States’ broader foreign policy agenda? Do you agree with the following statements?
a. “Robust resourcing for the State Department’s mission is one of the best investments for reducing the need for military forces to be employed.” —General James Mattis
b. “Development produces stability and contributes to better governance.” —Former Secretary of Defense Robert Gates
c. “You want to stop refugees coming to Europe and the United States? Put them in their own homes! I’d rather spend some money over there to make sure they don’t have to come to Europe and here.” —Senator Lindsey Graham
d. “National security is something that is dependent on a number of factors. It’s dependent on strong diplomacy. It’s dependent on our ability to reach out and try to help other countries. It’s dependent on our ability to try to do what we can to inspire development.” —Former Secretary of Defense Leon Panetta

4. Do you plan to fully enforce the Global Magnitsky Human Rights Accountability Act, which was signed into law in December and allows the blocking of visas and freezing of U.S.-based assets for corrupt foreign officials and human rights abusers?

Democratic partners
5. How do you plan to support and defend the United States’ treaty allies in Europe and East Asia if they become victims of Russian, Chinese, or North Korean aggression?

6. Ukraine and Tunisia are struggling to build stable democracies in distinctly unfriendly environments. What policies would you propose to support these countries, both of which look to the United States for help and guidance?

Global civil society
7. According to Freedom House, the global decline in democratic standards has been driven in part by an assault on civil society organizations, and activists have reported an urgent need for international support. Will you continue the emergency assistance programs currently backed by the United States and many of its allies for human rights defenders, religious minorities, and individuals working on lesbian, gay, bisexual, transgender, and intersex (LGBTI) issues who are threatened or attacked for their work?

China
8. Chinese president Xi Jinping has cracked down harshly on dissent, targeting ethnic and religious minorities, human rights lawyers, journalists, civil society activists, and even average internet users for arrest and imprisonment. The Chinese government has also ramped up its hostility toward foreigners and foreign entities through restrictive new legislation and official propaganda.
a. How will you persuade Chinese officials to end practices and policies that harm both the people of China and U.S. interests, including American businesses?
b. How will your approach differ from those of your predecessors?

Cuba
9. Despite the Obama administration’s controversial decision to normalize relations with Cuba and hopes that this could lead to improved governance and greater freedom, Cuban officials continue to arrest dissidents and violate the rights of citizens, and tourism revenues have benefitted only government officials and a small minority of the population.
a. How do you plan to approach the United States’ relationship with Cuba?
b. How will you support human rights defenders and democracy activists in Cuba?
c. What forms of bilateral or multilateral pressure will you exert against authoritarian rule on the island?

Egypt
10. Given the surge in terrorist violence, public unrest, and economic disorder in Egypt since 2013, do you believe the regime of Abdel Fattah al-Sisi is making the country more or less stable? What can the United States do to improve governance in Egypt?

Ethiopia
11. Ethiopia is suffering its worst unrest in years due to the government’s intensifying human rights abuses and restrictions on basic freedoms. The government’s harsh response to widespread protests—which has included the killing of hundreds of demonstrators, mass arrests, curfews and travel restrictions for foreign diplomats, and reports of torture—has created an unsustainable situation and raises serious questions about Ethiopia’s status as a reliable counterterrorism partner for the United States. How do you plan to address this problem?

Nicaragua
12. President Daniel Ortega has steadily consolidated his power and increased pressure on independent media and civil society, yet the Obama administration did little to respond. How will your policies toward Nicaragua differ from those of your predecessors?

Russia
13. Do you believe that Russia’s actions in Ukraine since 2014—including the occupation and annexation of Crimea and the use of military force in Donetsk and Luhansk—have been legitimate, or do they constitute violations of the UN Charter and other international agreements? Is it in the interests of the United States to uphold such agreements? How do you plan to address Russia’s actions in Ukraine? What minimal steps would Russia need to take in order to justify the lifting of sanctions?

14. Do you believe Russian government–backed hackers interfered in the U.S. election process? If so, how do you plan to respond? What minimal steps would Russia need to take in order to justify the lifting of sanctions imposed in December 2016 by the Obama administration?

Turkey
15. Since the July 2016 coup attempt, Turkish president Recep Tayyip Erdoğan has undertaken an intense crackdown on perceived opponents, including the firing of more than 100,000 state employees; the imprisonment of tens of thousands of people, among them journalists, human rights defenders, and activists, many of whom have alleged torture and other mistreatment while in custody; restrictions on access to the internet and social media; and the shuttering of media outlets and civil society organizations. Turkey has also suffered a spate of terrorist attacks by Kurdish and Islamic State militants.
a. How do you plan to approach the U.S. relationship with Turkey?
b. Do you believe the crackdown pursued by President Erdoğan is strengthening or weakening stability in Turkey?

Venezuela
16. The already dire humanitarian situation in Venezuela is growing worse, and opposition activists, human rights defenders, and lawyers continue to be harassed, attacked, and imprisoned. What should the United States do to prevent Venezuela from becoming a failed state?