Freedom House has compiled the following questions for South Carolina governor Nikki Haley, whom President-elect Donald Trump has nominated to serve as ambassador to the United Nations. Haley’s confirmation hearing before the Senate Foreign Relations Committee is scheduled for Wednesday, January 18. 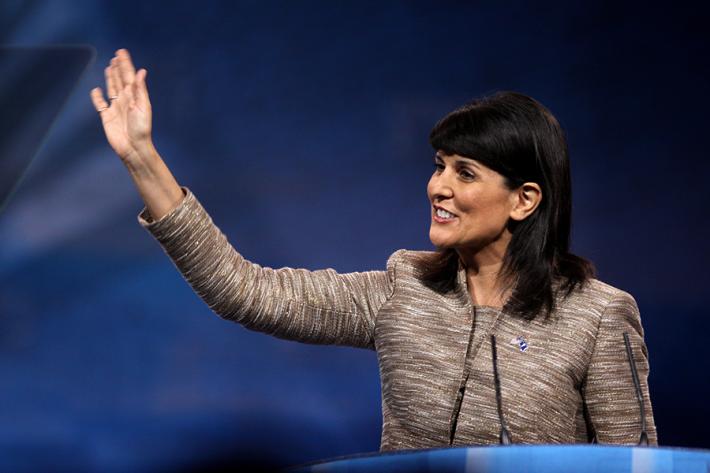 Freedom House has compiled the following questions for South Carolina governor Nikki Haley, whom President-elect Donald Trump has nominated to serve as ambassador to the United Nations. Haley’s confirmation hearing before the Senate Foreign Relations Committee is scheduled for Wednesday, January 18.

1. In the U.S. government’s engagement at the United Nations, what priority would you give to the promotion of human rights and democracy around the world?

2. Russia is clearly using its role on the Security Council to undermine the United Nations as an institution that enforces international norms on democracy and human rights. Does the Trump administration plan to do anything to counter this effort?

3. How should the United States and the United Nations respond to reprisals against activists who have spoken before UN bodies about human rights violations taking place in their countries?

4. The governments of Russia, China, and South Africa have sought to weaken the role of advocacy organizations at the United Nations, especially in the NGO Committee. What will you do to ensure that civil society has the access to UN bodies necessary to convey independent, nongovernmental views?

1. During his presidential campaign, President-elect Trump stressed nationalistic themes while belittling America’s formal alliances. Does this mean the new administration will step back from involvement with the United Nations, its satellite agencies, and other international bodies?

2. Outgoing UN ambassador Samantha Power has said that although the UN system has flaws, countries like Russia and China would benefit from a reduced presence and involvement by the United States. Do you agree?

3. How would you direct U.S. engagement at the UN Human Rights Council? How can the United States ensure that the council pursues its mission despite the membership of human rights abusers like China, Ethiopia, the Philippines, and Saudi Arabia?

4. The Obama administration drew the United States into a relationship of closer cooperation with the International Criminal Court, though the country is still not a member. Will the new administration follow in Obama’s footsteps in its attitude toward the court?

1. What will you do to initiate a UN inquiry on war crimes in Syria, including those committed by Russian and Iranian forces?

2. Will you push for a UN resolution condemning China’s human rights abuses?

3. How would you characterize the human rights violations of Saudi Arabia, and what will you do to address them at the United Nations?

1. Will the Trump administration make use of the United Nations and other international bodies to advance a broad-based solution to China’s territorial grab in the South China Sea?

2. What specifically can the United States do at the United Nations to address the humanitarian, human rights, and governance crisis in Venezuela?