America’s formal greetings to the world no longer stress the importance of democratic institutions. 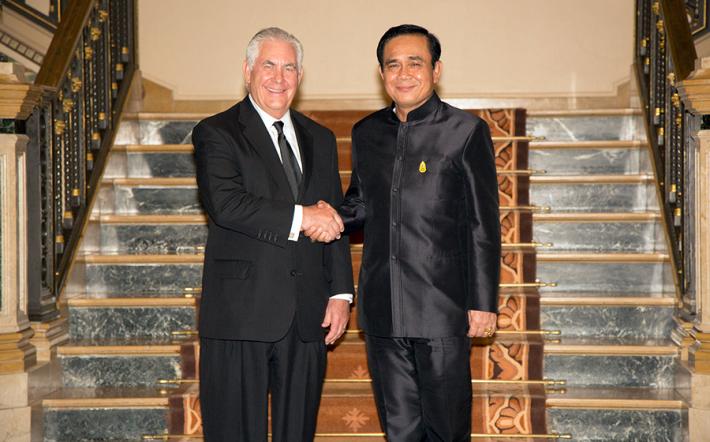 by Rukmani Bhatia, Research Coordinator, Freedom in the World & Freedom of the Press

America’s formal greetings to the world no longer stress the importance of democratic institutions.

While the possible revision is still being discussed by State leadership, there is some evidence that the department is already removing mention of “democratic institutions” from its standard annual messages congratulating various countries on their independence days. There have been exceptions, but a reference to democracy was generally included in such messages in the past, even during the first several months of Tillerson’s tenure. Recently, however, Tillerson’s office has reportedly asserted direct control over the statements’ content, and that shift has coincided with the exclusion of language on democracy.

The excerpts below, comparing former secretary of state John Kerry’s 2016 statements with those from Tillerson, illustrate the change. Note that before this month, Tillerson’s statements typically included democracy references similar to those in Kerry’s remarks.

The countries in these examples are relatively small. A more powerful sign of the State Department’s new direction may come next week, when both India and Pakistan will mark 70 years of independence.

For now, the department’s official mission remains to “create a more secure, democratic, and prosperous world for the benefit of the American people and the international community.” But formal messages from the United States’ chief diplomat already seem to reflect a new mandate, according to which democracy promotion is not a fundamental public good that serves the interests of America and the world.