The Remarkable Survival of Free Thought and Activism in China

The regime’s repressive efforts are increasing, but they are also failing in important ways. 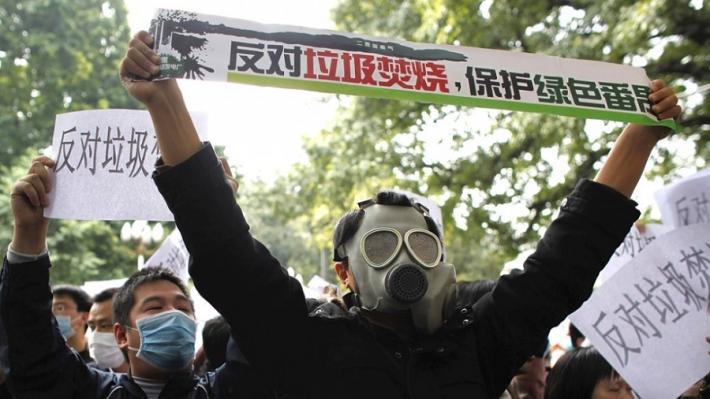 The regime’s repressive efforts are increasing, but they are also failing in important ways.

Thirty years ago this week, thousands of students occupied Tiananmen Square in the heart of Beijing, engaging in a hunger strike to call for political and economic reform. Other citizens across the country—professors, workers, even Communist Party cadres—were slowly joining in their demands for democracy and transparency. The movement was violently crushed on the night of June 4, 1989, but over the decades that followed, a budding civil society sector began to develop and professionalize; investigative journalism and legal advocacy provoked policy changes; and the country experienced a religious revival.

Political repression, surveillance, and censorship have all intensified since 2012 under the leadership of Communist Party head Xi Jinping. Even so, various forms of protest and activism have survived and continue to emerge.

The following trends point to an environment that is highly restrictive but also more complex, and potentially less stable, than it first appears.

The chilling effect is real

Running a nonprofit advocacy organization, working as an investigative journalist, practicing one’s faith, or simply sharing a political joke with friends on social media is more difficult and risky in today’s China than it was even three years ago. Some long-standing civil society groups are closing their doors, prominent journalists are changing careers, and ordinary Chinese are more careful about their online communications.

Numerous factors have contributed to this change, but tightening controls on Tencent’s ubiquitous WeChat messaging application—including several rounds of large-scale account deletions over the past 18 months, often for relatively minor political infractions—have played a unique role in encouraging users to self-censor. Unlike with the Sina Weibo microblogging platform, which was the focus of a fierce crackdown in 2013–14, a shuttered WeChat account does not just silence the user’s public commentary. It also cuts the individual off from an entire network of contacts as well as from options for electronic payment, seriously affecting his or her ability to function normally in modern Chinese society. This powerful deterrent is far more common than other penalties like imprisonment, though jail sentences have also increased in recent years.

Self-censorship in the online world is slowly spilling over into face-to-face conversations. “It’s a dead end with friends. Nobody wants to talk about anything even remotely political,” according to one expatriate who has lived in China for over 20 years. “Today most families are careful about what they say, even to loved ones.” Foreign scholars who have attended conferences in China in recent years have similarly remarked on the narrowed space for academic discussion and the increased reticence of Chinese counterparts to frankly relay their views.

‘Dissent is not dead’

Despite this chill, scholar Elizabeth Economy wrote in an article published last month that “dissent is not dead.” She argues that “in critical respects, the political values and spirit of collective action embodied in the 1989 democracy movement have endured and even thrived.” Economy notes that despite the narrowing room for dissent under Xi, scholars continue to pen widely circulated articles calling for a political opening, and broad social movements have emerged around issues like women’s rights, labor rights, and the environment. Thousands of public protests take place across China each year, including some 1,700 documented workers’ strikes in 2018.

Another China specialist, Teresa Wright, pointed out in her 2018 book on popular protest in China that “the Chinese public is far from passive, obedient, or complacent. To the contrary, Chinese citizens often boldly, defiantly, and doggedly confront authority when they feel that their rights have been violated or that they have been treated unjustly.”

Dissent in China takes many forms and reflects a range of views. The more intellectual commentators tend to critique Xi’s policy choices and call for a return to the more open economy and society associated with some of his predecessors. Bolder activists seek to challenge the legitimacy of Communist Party rule or directly explore political alternatives. The latter have typically garnered the harshest penalties, but as repression expands to individuals who seek to improve Party-state governance without challenging the system itself—including public interest lawyers and liberal economists—the prospects for such modest reform are dimming.

Meanwhile, as the screws have tightened on formal civil society organizations, the latest activist campaigns have featured loose networks of individuals joining together to call for change, often from populations that have traditionally remained silent. In fact, every time there appears to be a lull in dissent, a new source of criticism or mobilization makes itself known. Recent examples include efforts by Marxist students at top universities to assist striking workers, engineers at tech companies organizing to push back against a grinding 996 schedule (9 a.m. to 9 p.m., six days a week), and the #MeToo movement, which at one point drew 30 million Chinese in a single month to discuss sexual harassment online.

Religious resistance on the rise

The relative potency of decentralized networks of dissent and the way in which expanding repression can generate pushback from new sources come together in another underappreciated trend: Resistance among religious believers is growing even as religious persecution increases. A key finding from a 2017 Freedom House report on religion in China was that “members of all faith communities have responded to official controls with creativity and with courage, at times scoring significant victories.”

Millions of believers defy official restrictions in their daily lives, some openly and others with great secrecy. Chinese Buddhists have resisted efforts to exploit holy sites for economic purposes. Christians and Falun Gong adherents advocate for the release of detained coreligionists. Tibetan Buddhists have marched through marketplaces calling for the return of the Dalai Lama. Uyghur Muslims have used various means to document and expose harsh conditions in Xinjiang.

Some efforts extend beyond an individual religious community in an attempt to influence the beliefs and behaviors of the broader Chinese public, including Party and state officials. Registered and underground church leaders have worked with rights lawyers to challenge arrests and property disputes in court. Activists have conducted trainings to increase legal awareness among congregants and made phone calls to police in an effort to discourage them from violating believers’ rights under Chinese law.

Since 2004, Falun Gong practitioners and supporters have, as a 2015 scholarly study noted, encouraged “citizens to issue ‘tuidang’ (‘withdraw from the party’) statements, symbolically severing their affiliations with the party, youth league, or young pioneers as a form of catharsis and a way to clear the conscience.” Focused as it is on the realms of spirit and culture, the “tuidang movement” does not necessarily aim to overthrow the Communist Party, but rather encourages Chinese to imagine a future without it and to renounce support for its violent tendencies. The campaign has spread by word of mouth, messages written on paper currency, and via social media and overseas websites accessible through virtual private networks (VPNs).

Both religious and secular dissidents in China confront the world’s most sophisticated system of information control. They have responded by developing complex workarounds to achieve the basic level of free communication that people in many countries take for granted.

Simply accessing uncensored news has become more difficult thanks to tightening restrictions on VPN use. Nevertheless, partial data from several developers indicate that at least 20 to 30 million people in China jumped the so-called Great Firewall in 2018. The technologists who develop and maintain the necessary circumvention tools are continually innovating to serve their users as efficiently, consistently, and securely as possible. Meanwhile, some Chinese citizens have risked prison to help install satellite dishes capable of receiving overseas content for their neighbors or to secure unregistered SIM cards.

People in China may be increasingly reluctant to voice public criticism of the Communist Party or Xi Jinping, or even to share politically sensitive information, but no one should underestimate the actual level of dissatisfaction with Xi’s heavy-handed rule. The sheer scale of censorship and spikes in netizen efforts to jump the Great Firewall at politically significant moments—such as the period surrounding the removal of presidential term limits in 2018—hint at a notable degree of latent dissent. Indeed, Xi’s obsession with tightening control and his tendency to abandon the party’s own past strategies for political survival belie deep insecurities within the regime.

Thirty years ago, over a million Chinese people from every walk of life took to the streets to call for greater freedom and better governance. Although it is hard to imagine a repeat of those events today, the desire for a freer, more just China lives on in the hearts and daily actions of many.

This article was published by the Diplomat on May 23, 2019, and as part of Freedom House’s monthly China Media Bulletin.