It is critical that the international community stand with the Crimean Tatars and participate in acts of public remembrance to commemorate the 73rd anniversary of their forced deportation. 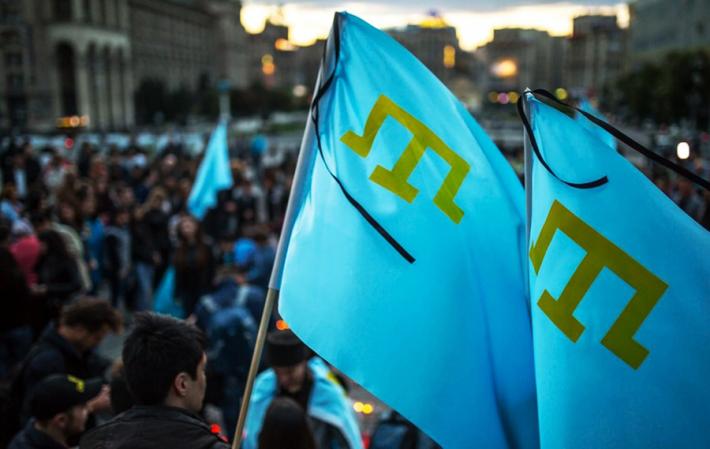 Today marks the 73rd anniversary of Joseph Stalin’s deportation of the Crimean Tatars from their homeland, Crimea, under spurious accusations of their collaboration with the Nazis during World War II.

This is one of the darkest chapters in Crimean Tatar memory, in which more than 180,000 men, women, and children were roused in the middle of the night, rounded up, and forcibly pushed into cattle cars bound for Siberia and Central Asia. It is estimated that nearly 8,000 perished during the journey, while those who survived faced difficult living conditions and the threat of cultural destruction.

The Crimean Tatars were not allowed to return to their homeland for 50 years, until after the collapse of the Soviet Union in 1991. Known as “Sürgünlik” in Crimean Tatar, the Ukrainian Rada adopted a resolution recognizing this event as a genocide in 2015 and continues to appeal to international bodies, including the UN, for support on this question.  Yet for many Crimean Tatars, including Refat Chubarov, the leader of the Mejlis (the Crimean Tatars’ representative body), sürgünlik strongly manifests itself in the present. “Crimea is a territory of fear, desperation, and repressions against Crimean Tatars,” Chubarov said, “President Putin treats Crimean Tatars the same way as Stalin did back in 1944 — they are prosecuted, sentenced on fabricated charges, [and] forced to leave their land.”

Given the near erasure of an entire people, acts of public remembrance are crucial for the Crimean Tatar community.  They also serve as an important method to connect past struggles to contemporary events as part of an ongoing campaign to ensure that another national tragedy does not occur. Following the Russian Federation’s invasion and annexation of Crimea in 2014, acts of public remembrance around the Crimean Tatars’ deportation have been banned from the peninsula.

Many Crimean Tatars who still reside in the peninsula feel their national tragedy again manifesting itself in familiar, frightening ways. Little by little, Crimean Tatar national culture is being smothered through acts of repression and the curbing of fundamental freedoms.

The Mejlis was formally banned by the Russian government as an extremist group in 2016, which forced its relocation to Kyiv. Crimean Tatars experience arrests, searches, forced disappearances (like that of Ervin Ibragimov), show trials against leading members of the Crimean Tatar community (like Akhtem Chiygoz), the eradication of independent media and Crimean Tatar-language platforms such as ATR, new restrictions on the study of the Crimean Tatar language, and the denial of registration of mosques associated with Crimean Tatars.

Ruslan Zeytullaev, a 31-year-old Crimean Tatar, faces a 12-year-prison sentence for alleged involvement with the Hizb ut-Tahrir movement, which is banned as a terrorist organization in the Russian Federation.  Russia’s prosecutor recently lodged an appeal to increase Zeytullaev’s sentence to 17 years.  In 2016, Ilmi Umerov, another leading figure in the Crimean Tatar national movement, was detained and forcibly transferred to a psychiatric ward for evaluation, a common Soviet-era tactic to silence dissidents.

For many Crimean Tatars, freedom of belief, freedom of expression, and freedom of association, have all but disappeared. For the last three years, Freedom House’s Freedom in the World index has rated Crimea as “Not Free,” and the oppression facing Crimean Tatars are an important indicator of an ever-worsening environment.  Indeed, Crimea’s score is worse than that of other notorious offenders in the Eurasia region, including Azerbaijan and Tajikistan.

Today it is critical that the international community stand with the Crimean Tatars and participate in acts of public remembrance to commemorate the 73rd anniversary of their forced deportation. The United States should support Ukraine in its efforts to ensure the rights and self-determination of those Crimean Tatars who have relocated out of the peninsula, and support the human rights and fundamental freedoms of those who are courageous enough to remain in Crimea and fight daily repression. Even when facing non-response from Russia, the international community must continue to demand accountability for human rights violations, such as forced disappearances, through available mechanisms such as the International Criminal Court and the European Court of Human Rights, and push for OSCE or UN-led human rights monitoring missions on the ground inside of the peninsula. Having witnessed the Crimean Tatar community nearly be wiped out by Stalin, we cannot sit quietly while the Tatars face another campaign of cultural annihilation from Putin.