Removing Obstacles to Freedom and Prosperity in Latin America

In a book published this year, former Peruvian president Alejandro Toledo argues that governance reforms could make Latin America a model of success for the world. 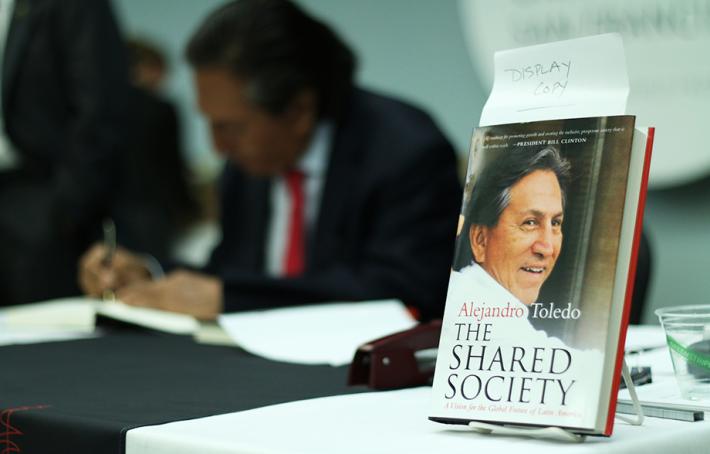 In a book published this year, former Peruvian president Alejandro Toledo argues that governance reforms could make Latin America a model of success for the world. 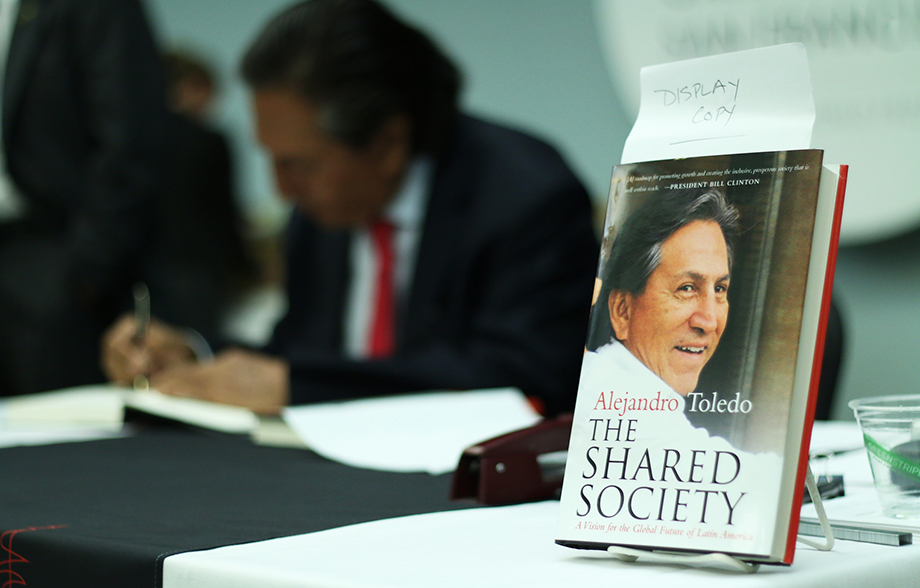 Alejandro Toledo was president of Peru from 2001 to 2006, and the first indigenous person freely elected to that office. In 2000, as head of the opposition movement Perú Posible, he challenged authoritarian incumbent Alberto Fujimori, who sought an unconstitutional third term. After Fujimori resigned amid a corruption scandal, Toledo went on to win the presidency in the 2001 election, promising to fight inequality, strengthen the economy, and implement anticorruption measures.

As president, Toledo successfully expanded the welfare system through food aid and work programs; created the Seguro Integral de Salud, a free health program that covered 11 million Peruvians; and decentralized the government by allocating more power to regional authorities. When he left office, Toledo’s approval rating was below 10 percent due to labor unrest and an increased cost of living. Nevertheless, he was one of several reform-minded heads of state who made important contributions to Latin America’s democratic revolution.

In his recent book, The Shared Society: A Vision for the Global Future of Latin America, Toledo describes an ongoing renaissance in the region, with roots in the democratic transformation of recent decades. He argues that with foreign investment and further improvements in human rights and governance, Latin America could become a fully developed economic powerhouse and a democratic role model for the rest of the world.

The barriers to Latin America’s progress

Although most Latin American countries are nominally democratic, only a few have consolidated democracies that rule out any other form of government. It is common for the executive to have a substantial influence on the judiciary. Opposition parties form and are viable, but they are hampered by electoral flaws and intimidation. Civil society is active, but it too faces challenges in the form of restrictive laws and lack of funding. Most importantly, the rule of law is undermined by organized crime, extreme violence, and chronic impunity.

These governance problems are coupled with economic weaknesses. There is little diversity in the region’s contributions to the global market: Its exports are mainly agricultural and other commodities, meaning economic stability depends on fluctuating global prices. The lack of investment and manufacturing has also contributed to mass inequality, with a deep divide between those living in urban and rural areas. The region’s tremendous human capital remains untrained and neglected.

Toledo acknowledges the problems that are preventing Latin America’s full development, but believes that the creation of a “shared society” is the answer. This would encompass “respect for the dignity of every individual, equality and fairness, respect for human rights and the rule of law, and democracy.”

Although economic investment and development are desperately needed in Latin America, they are inseparable from good governance. Toledo calls for the creation of strong institutions that will provide the framework for much-needed reforms in both the democratic and economic spheres.

He stresses the importance of increasing judicial budgets, improving salaries, and creating oversight bodies to boost citizens’ confidence in their institutions and thwart undue executive influence. A strong rule of law, Toledo argues, must include “a proactive and clear lawmaking process, open hearings that are free of influence, accessible courts, and law enforcing agencies that act within the law.” Costa Rica and Uruguay are examples of Latin American states with strong and independent legal systems that serve their entire territories and uphold political rights.

Governance reforms must also address corruption. Latin America does have laws that penalize graft, but it needs effective enforcement, as well as full transparency and access to information on government spending and election results. Twelve countries in the region have introduced laws to increase transparency, but only five have fully internalized transparency in their government functionality, according to Toledo.

Although there have been some clear setbacks since the dramatic progress of the 1980s and 90s, and a number of authoritarian strongholds remain, Latin America has the potential to develop true and deeply rooted democracies. If action is taken to attract foreign investment and strengthen public institutions, Toledo promises that the region will become a success story for the world to emulate.

Ali Cain is a senior at Binghamton University, majoring in political science and history, and a former research and publications intern at Freedom House.