Repression Pushes Tajikistan to the Brink of Renewed Conflict

While the international community is focused on fighting in Ukraine, Syria, and Afghanistan, another crisis is looming in Central Asia’s most fragile state, Tajikistan. 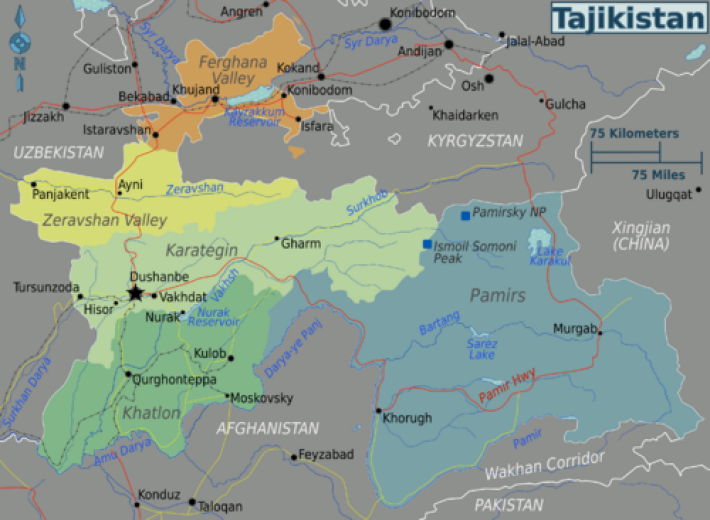 While the international community is focused on fighting in Ukraine, Syria, and Afghanistan, another crisis is looming in Central Asia’s most fragile state, Tajikistan. 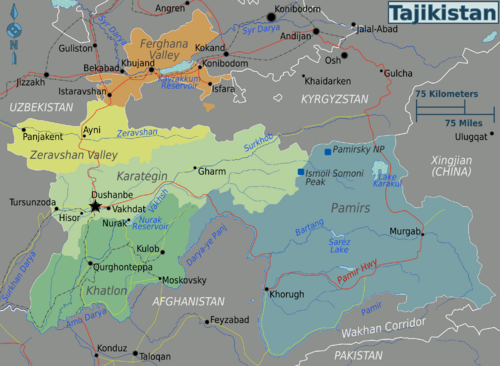 Last week, Tajikistan made a rare appearance in international news headlines when militants led by a deputy defense minister allegedly attacked government facilities in two cities. The exact nature and intent of the violence remain unclear, but it stoked fears of a return to broader unrest in the country, which suffered a civil war from 1992 to 1997.

The government, notorious for smearing its Islamist opposition as violent extremists, has now launched an operation to “liquidate the terrorists.” Repressive measures to date have already destabilized the country, and there is a danger that further crackdowns will make matters worse.

Tajikistan has long had a poor human rights record. It is rated Not Free in Freedom in the World 2015, Not Free in Freedom of the Press 2015, and receives a democracy score of 6.39 (on a scale of 1 to 7) in Nations in Transit 2015. But since the deeply flawed March 2015 parliamentary elections, in which the main opposition parties won no seats, the regime has pursued an especially aggressive campaign to silence dissent.

In July, Tajikistan’s parliament approved amendments to the law on nongovernmental organizations (NGOs), requiring the groups to immediately report any foreign grants. Justice Minister Rustam Shokhmurod said the amendments were meant to increase the transparency of NGO funding, claiming that some foreign money was being used for political activities.

Unlike neighboring countries, Tajikistan does not require Justice Ministry permission for any foreign grants, but activists warn that the new rules on notification could amount to the same thing.

While President Emomali Rahmon has yet to sign the legislation, officials have already started an investigation into the finances of many prominent human rights groups.

On July 20, Rahmon signed a protocol ordering state offices to provide information about their activities only to the state news agency, Khovar. The protocol also instructs other media organizations to reprint news from Khovar instead of making their own inquiries at government offices.

Media analysts have called this a major affront to press freedom, comparing it to the practices of Russia and Uzbekistan. In another sign of decreasing media access, government offices recently switched from quarterly to biannual press conferences.

Journalists who anger the government face the possibility of trumped-up criminal charges. On August 18, editor Aminjon Gulmurodzoda of the news site Faraj.tj.com was sentenced to two years in prison for allegedly forging his birth certificate when he was a child.

On October 9, 2014, Tajikistan’s Supreme Court proclaimed the opposition political association Group 24 to be an extremist organization. The government has since made multiple attempts to arrest and extradite members of the group who fled abroad. Its leader, Umarali Quvvatov, was shot dead in Istanbul on March 5.

Quvvatov, a former business partner of Rahmon’s son-in-law Shamsullo Sahibov, had created Group 24 after falling out with Sahibov. While many believe that Group 24 lacks the capacity to continue its activities after Quvvatov’s murder, the authorities have continued to target alleged members with raids and arrests.

An even more disastrous crackdown is being carried out against the Islamic Renaissance Party of Tajikistan (IRPT), which lost all of its seats in parliament for the first time in the March 2015 elections. Since then, state media have mounted a massive propaganda campaign against the party, and its leader, Muhiddin Kabiri, had to flee the country to avoid prosecution. IRPT members have confirmed that officials pressured them to sign statements about leaving the party. In August, after many local IRPT offices were forced to shut down, the Justice Ministry informed the party that it had to cease its activities, as it no longer had the required level of regional representation.

IRPT members are also being attacked as part of the government’s long-standing repression of religious freedom. Over the years, the authorities have imposed age restrictions for visiting mosques, thematic restrictions for discussions at Friday prayers, constraints on religious education abroad, and rules against wearing long beards and headscarves. State media have also portrayed religious people in a negative light.

The repression of the IRPT, the only religious party in the country that supports moderate Islam, may deal a critical blow to the public’s tolerance of this system.

A Recipe for Instability

Indeed, while the government explains its restrictions as measures to combat extremism and terrorism, the absence of religious, political, civic, and media freedoms—combined with high-level unemployment, corruption, and widespread poverty—may create the conditions for radicalization in Tajik society.

In this context, on September 4, fighters led by then deputy defense minister Abduhalim Nazarzoda, a former opposition military commander, reportedly attacked law enforcement offices in Dushanbe and Vahdat, resulting in multiple deaths on both sides. The government has called the attackers terrorists, and Rahmon said on September 6 that their goals were similar to those of the Islamic State (IS).

Such characterizations of the renegade general and his supporters are rather dubious; many observers describe the clashes as elite infighting. But there is always a risk that the government’s habit of lumping its opponents together under the “terrorist” label could become self-fulfilling.

Though fairly small in number, some Tajiks are in fact drawn to jihadist ideologies. In May, a U.S.-trained Tajik police commander, Gulmurod Khalimov, apparently traveled to the Middle East to join IS. In a YouTube video, he explained his move as a reaction to Tajik authorities’ restrictions on religious and other freedoms. He claimed that many Tajik citizens and officials are angry with the government and sympathize with IS. According to Tajik analysts, 519 Tajik citizens have left the country to fight in Syria since 2011, and 150 of them have been killed.

It is worth noting that after similar outbreaks of violence involving former rebel commanders over the past several years, the government’s response was limited to beefed-up security measures and political repression.

Clearly, Tajikistan’s leadership will not wake up and change its failed approach unless it is pressed to do so from the outside. Democratic countries should be questioning the authorities’ actions and ensuring that Tajikistan allows peaceful opposition groups to continue their activities, ends restrictions on the media and religious freedom, and focuses on democratic and socio-economic reforms that can foster lasting stability in the country.