Despite the Chinese government's rhetoric of not interfering in other countries' affairs, CCP censorship and propaganda are now a global phenomenon. 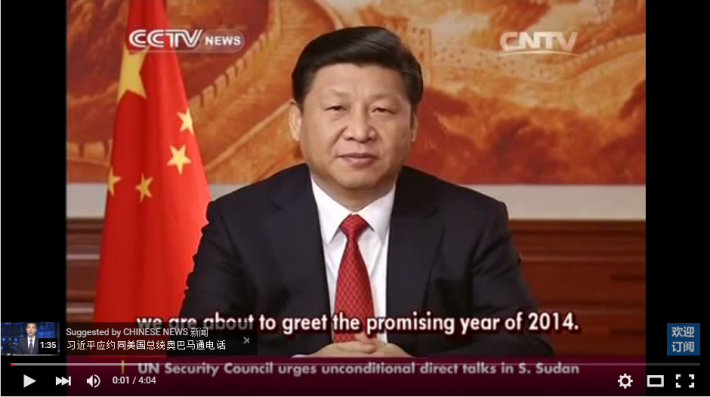 A Chinese Canadian woman is barred from attending the Miss World contest in China because of her human rights advocacy and spiritual beliefs, with no protest from pageant organizers. A political cartoonist fleeing persecution is deported back to China by Thai authorities, who ignored his UN refugee status. And a Reuters investigation finds that 33 radio stations in 14 countries are subtly broadcasting Chinese Communist Party (CCP) propaganda.

These incidents from November alone exemplify an ongoing Chinese government campaign to promote its views and suppress criticism around the world.

The phenomenon is not new. A 2013 study by the Center for International Media Assistance described Beijing’s palpable influence over news outlets in the United States, Europe, Asia, and Africa. However, as Chinese president Xi Jinping has tightened ideological controls at home, related content restrictions and manipulation are affecting an ever-broadening array of institutions and economic sectors overseas.

Since November 2012, when Xi took the helm of the CCP, Freedom House’s China Media Bulletin has noted over 40 instances—in 17 countries and international institutions—of Chinese information controls negatively affecting free expression outside China. These are likely only the tip of the iceberg. The CCP’s interventions and influences extend to a surprising range of media, including pop music, hot air balloons, and video games.

Disturbingly, as Beijing has pushed harder with economic incentives, intimidation tactics, and even cultural arguments to support its demands, the response from foreign entities has been rather weak, with examples of passivity or complicity proliferating.

In 2014, at the behest of a Chinese printer, Reader’s Digest removed a fictional story from an anthology for the international market due to its references to religious persecution and torture in China. This July, leaked e-mails from Sony Pictures executives revealed recommendations to preemptively remove scenes from the movie Pixels—the same version that was screened globally—for fear of upsetting Chinese censors.

Last month, prominent artist and dissident Ai Weiwei reported that the Lego company had refused to fill a special bulk order he requested for a planned artwork on free speech because it would amount to “actively engaging” in a project with a “political agenda,” a violation of company policy.

Meanwhile, the Chinese government has continued investing in propaganda and exploring new ways of insinuating CCP influence into foreign-language media content. Over the past month, news emerged that Chinese companies will increase financing for English-language feature films, and media representatives from Brazil, Russia, China, India, and South Africa discussed a joint “information network” at the first BRICS Media Summit in Beijing.

The result of these dynamics is that more and more people around the world are encountering the kinds of difficult ethical and practical choices that many Chinese face daily. Meanwhile, liberal Chinese, victims of persecution, and civic leaders risk being marginalized and occasionally even barred from fleeing to freedom.

Given the CCP’s track record, it is difficult to excuse foreign organizations that are or claim to be caught off guard by political or economic pressure from Beijing. Indeed, there are many around the world who have found the resolve and ingenuity to push back, reaffirm democratic values, and resist enticing incentives, even if it comes at a cost.

Anastasia Lin, the Canadian pageant contestant mentioned above, has refused to remain silent about her activism on behalf of Falun Gong and other human rights causes, despite harassment of her father in China and the lost opportunity to compete for the Miss World crown. Tsai Ing-wen, the opposition candidate in Taiwan’s upcoming presidential election, responded to thousands of critical posts sent by mainland Chinese users—possibly with the blessing of Chinese authorities—on her Facebook page with a principled message, welcoming them to the usually blocked social-networking site and inviting them to experience Taiwan’s democracy. In Ai Weiwei’s case, so many people expressed support for his project and disappointment at Lego’s response that he set up collection points in three countries for individuals to donate blocks to his art installation.

As institutions, at least three universities in the United States and Canada have chosen since 2013 to discontinue their Beijing-sponsored Confucius Institutes after negative experiences involving discriminatory hiring practices, Chinese state media coverage, and restrictions on academic freedom.

Other entities have responded more systematically. In June 2014, the American Association of University Professors urged U.S. universities to cancel their agreements with Confucius Institutes unless they gain greater control over curriculum and hiring. In October 2015, twelve major U.S. publishers signed a pledge by the PEN American Center to monitor and address censorship in Chinese translations of books by foreign authors, affirming an industry standard that favors transparency and free expression.

As a new year approaches, there are many uncertainties regarding China’s future relationship with the world. But one thing is clear. Despite the Chinese government’s rhetoric of not interfering in other countries’ affairs, CCP censorship and propaganda are now a global phenomenon.

It is therefore up to members of the international community—individuals, institutions, governments, and corporations—to decide whether to accept this trend or work together to reverse it.

This article also appeared in The Diplomat on December 9 2015.