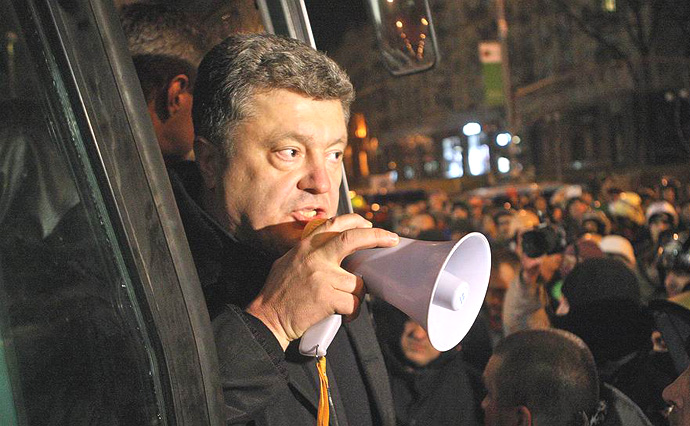 A version of this article was published by Ukrayinska Pravda on April 27, 2016. The original article can be found here.

Ukrainians are deeply skeptical of the political direction their country has taken since the Euromaidan Revolution. Trapped with an oligarchic political class, frustrated with only modest reforms, and angry over continuous provocations from Russia, by the end of 2015, 60% of Ukrainians were convinced that the country was on the wrong path.

The key problem is that Ukraine’s new leaders have continued to keep to the rules developed over the past 25 years and perfected in Russia and other kleptocracies. Oligarchs extract wealth from society by pulling the strings in the judiciary, politics and elections, the media, and business. The rules of the game are rigged to keep the money flowing into the pockets of the few, whether they are skimming from state companies, from legitimate businesses, or from the funds of donor governments and international financial institutions.

This jockeying for money and power breeds chaos, as it did when government and private security forces last year clashed over UkrTransNafta and Ukrnafta. Since the Maidan, it has overwhelmed even idealists, as occurred with the former Minister of Economy and Trade Aivaras Abromavičius and Minister of Healthcare Kvitashvili. The crisis around Finance Minister Oleksandr Danyliuk’s offshore assets is another case in point. Even if Danyliuk’s failure to declare his assets was simply an oversight, it reveals a callous disregard for the public trust. It is also symptom of how the political system has robbed Ukraine of its wealth and left the country mired in inefficiency and corruption.

When leaders are worrying about how to manage their own personal wealth or the wealth of their backers, they don’t have time to figure out how to improve healthcare, prosecute those responsible for murders on Maidan, implement a realistic policy on internally displaced persons – or create a better Ukraine that will draw Ukrainians living in eastern Ukraine and Crimea into participating in a new national project.

Despite the bleak picture right now, Ukraine has a fighting chance at a genuine transformation. Since 1995, Freedom House’s Nations in Transit has measured democratization in all 29 formerly Communist countries of Europe and Eurasia. Ukraine stands out in the report for its extremely strong civil society, which is comparable to those in European Union member states in Central Europe and the Baltics. Ukraine’s media and electoral process are also relative strengths, better than the average of potential and official EU membership candidates in the Balkans.

At the same time, Ukraine significantly underperforms the official and potential EU candidates in other areas, most notably the judiciary and corruption. This national schizophrenia—a mobilized and capable civil society and media facing off against a system of corruption deeply entrenched in the very mechanisms of the state—helps explain Ukraine’s profound volatility. The enormous and growing gap between what the society demands and what the system delivers is what produces Ukraine’s now-regular popular eruptions.

Time is running short for changing the system in this cycle. After two years of promises, reform of the judicial system has not even really begun. The struggles over appointment of a new prosecutor general are getting the most attention, but a new face at the top will only bring superficial change if there is no will to hire new prosecutors with a different mindset. The new patrol police has shown the positive impact new faces and new approaches can have, but recent court rulings overturning the decisions of police review committees and restoring to service corrupt police officers can undermine reforms, and destroy any trust that Ukrainians may have in law enforcement.

Leaders are also falling short on the other promise of the Maidan: dignity for all the people of Ukraine. Russian aggression and economic turmoil must no longer be used as excuses for not improving human rights. Ukraine’s leaders should take the lead in explaining to the nation all residents’ human rights must be protected – without exception. That means authorities should address the needs of IDPs, in particular securing their political and economic rights, and avoid resorting to staged, politically motivated trials such as that of Ruslan Kotsaba. It also means they should speak out in defense of the rights of Ukraine’s minorities. Attacks by far-right groups on peaceful events in Kyiv, Odesa, and Lviv in support of the equality of all people, including LGBT people, are a reminder that Russia’s brand of officially tolerated intolerance will grow if officials do not stand up for the rights of everyone in Ukraine.

Creating a new Ukraine matters not only for those living in areas controlled by the government, but also for those who live in occupied Crimea and Donbas. While violence is clearly the major obstacle to reunification of the occupied areas, so is deep skepticism that there is a place for everyone in Ukraine’s political, social, and economic life. Creating a beacon of democracy, freedom, and human rights in Ukraine is the only way that Donbas and Crimea will be brought back into the fold and Ukraine will realize the aspirations so many fought for on Maidan.

Freedom House’s research on the former Communist countries of Europe and Eurasia shows the transformation to democracy is long and arduous, but it can be done when the conditions are right, including where the international community is committed to supporting a transition. Through great sacrifices, Ukraine has won another shot at transformation. Its leaders should not let it slip away again, because if they do, they may not get another chance.