The Right Way to Confront China

Recent U.S. moves toward a more traditional China policy are welcome, but not enough to meet the challenge from Beijing. 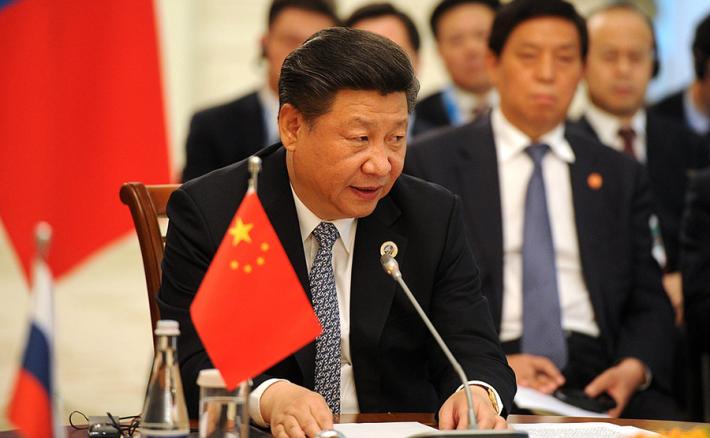 Recent U.S. moves toward a more traditional China policy are welcome, but not enough to meet the challenge from Beijing.

This article originally appeared in The Diplomat on February 15.

In a phone call late last week, U.S. president Donald Trump assured his Chinese counterpart, Xi Jinping, that the United States remained committed to the “One China” policy, which lies at the foundation of bilateral relations. Trump later pledged his “100 percent” support for the decades-old defensive alliance with Japan during a visit by Japanese prime minister Shinzo Abe.

Days earlier, U.S. defense secretary James Mattis had stressed Washington’s abiding interest in a “rules-based international order,” including strong U.S. alliances in Asia, freedom of navigation in the South China Sea, and protections for the rights and autonomy of China’s smaller neighbors. He downplayed the need for “dramatic military moves” over disputed islands in the region, saying the problem was “best solved by the diplomats.”

These statements are reassuring departures from past remarks by the Trump team, which seemed to drop traditional U.S. policies in favor of a more pugnacious, unilateralist, and nationalist approach. Inconsistency should be applauded when the change is from bad to good. Unfortunately, there are still two major reasons to be concerned about the emerging Trump policy in Asia:

First, the administration has offered no sign that it will make democracy and human rights  significant components of its foreign policy, either globally or in China’s region.

Second, while it was right to set aside reckless and bellicose confrontation, the administration’s newly conciliatory tone risks neglecting the need to counter Beijing’s increasingly harmful behavior.

The Chinese government has grown more authoritarian in its domestic policies, more protectionist in its economic policies, and more aggressive on foreign policy and security matters under Xi Jinping. Freedom House flagged the negative trend in its most recent Freedom in the World report, and a new report from the Asia Society’s Center on U.S.-China Relations draws similar conclusions, providing useful recommendations for a more robust U.S. response.

However, the Asia Society report also warns against radically altering the “long-held bipartisan strategy of engaging China from a principled position of strength,” which involves a combination of strong regional alliances and consistent support for the rules-based international order.

If the Trump administration drifts away from this standard, replacing it with an approach that appears reactive, opportunistic, or unmoored from U.S. values, it could find itself engaging China from an “unprincipled position of weakness.”

The United States has long enjoyed important strategic advantages, including its defensive alliances with democratic states like Japan, South Korea, the Philippines, Australia, and New Zealand, as well as warming ties with authoritarian countries like Vietnam that appreciate Washington’s impartial support for the rights of China’s smaller neighbors under international law. The United States has sometimes failed to condition these newer relationships on democratic reforms. But at its best, it has been seen in the region as a reliable partner and a force for peace, stability, and fairness.

The new administration’s failure to make democratic principles a core element of its foreign policy could not only weaken America’s regional ties, but also alienate the Chinese people. Washington can credibly appeal to Chinese citizens’ basic sense of justice when it pushes for reforms that will simultaneously serve U.S. interests and enhance Chinese people’s fundamental rights, including freedom of speech, religious freedom, press freedom, and the rule of law.

By contrast, a nakedly nationalist approach would take Washington down to Beijing’s level and drive the Chinese people closer to their own oppressive regime. Minxin Pei, an expert on Chinese politics and U.S.-China relations, has said that increased hostility from the United States would “almost certainly give the Chinese government a boost in its public support.”

A rallying of nationalist sentiment behind the Communist Party leadership would be an enormous gift to Xi Jinping at a pivotal time.

Xi is hoping to consolidate his power at a party congress later this year. He may attempt to alter the established system of succession within the party leadership, which could generate resistance among cadres who have already been battered by the president’s politicized anticorruption drive and insistence on absolute personal loyalty to him as the party’s “core leader.”

At the same time, China faces serious economic problems including an expanding balloon of debt, slowing growth, capital flight, poorly allocated state investment, overcapacity in many industries, and considerable labor unrest. The number of strike actions in the country doubled from 2014 to 2015 and remained at high levels in 2016, according to the China Labour Bulletin. Analysts have suggested that China’s economy could be headed for a disruptive correction or a long period of relative stagnation—either of which would be politically dangerous for a regime whose legitimacy rests in part on its ability to deliver full employment and a better quality of life.

If the party were able to blame the consequences of its failed economic policies on a trade war with a hostile, vindictive United States, it could emerge stronger than before.

Even if the Trump administration coolly and firmly adheres to the framework of international law in its security and trade policies, the absence of democracy and human rights as animating principles would allow Beijing to accuse the United States of “containing” China’s rise for its own selfish reasons. Chinese citizens would have no cause to sympathize with Washington, its motives, or its partners in the region.

As past U.S. administrations have generally understood, America is at its most powerful when it acts as a credible champion of universal norms and values, not as a solitary, self-serving, or menacing nation-state.