The Road to Deglobalization

Some political leaders and many citizens seem ready to reject the institutions and relationships that have bound the world together for decades. The result would be a lawless era of feuding nationalisms. 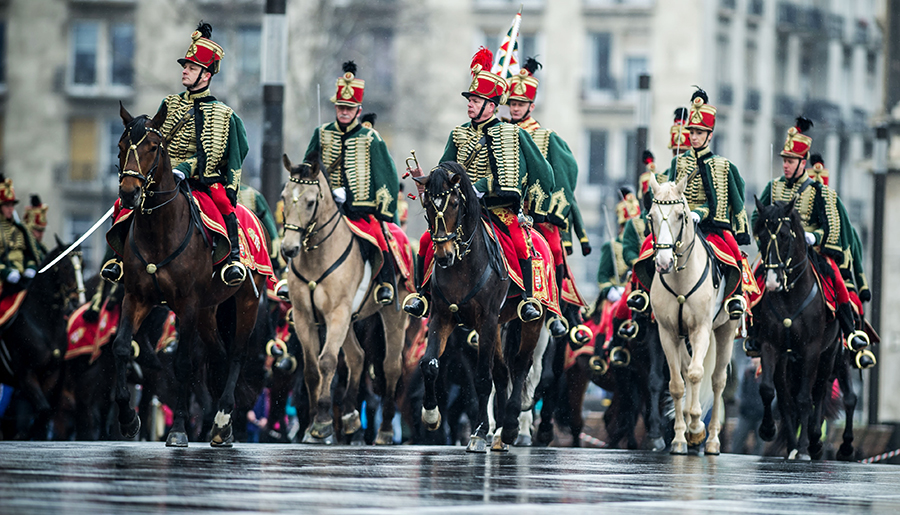 Some political leaders and many citizens seem ready to reject the institutions and relationships that have bound the world together for decades. The result would be a lawless era of feuding nationalisms.

The politics of major democracies are in the grip of an anti-establishment fervor. It has a variety of causes—some decades in the making, and some linked to more recent developments like the economic downturn that began in 2008 and the refugee and security crises of the past two years.

But in a truly global context, the trend can be seen as just one front in a broader attack on the international order that was formed in part after World War II and further developed after the end of the Cold War. If this system of treaties, institutions, and codes of behavior were weakened or actually swept away, along with the mainstream political parties that have built and maintained it, the world would revert to an almost Hobbesian environment in which might makes right, borders change through force of arms, and each state pursues a narrow self-interest at the expense of individuals and humanity as a whole.

Nationalism is undeniably on the rise across the continent. Its tribune and bellwether, Hungarian prime minister Viktor Orbán, gave a speech last month that railed against “hidden, faceless” forces conspiring to “blend cultures, religions, and populations” until the distinct peoples of Europe become “bloodless and docile.”

Far less extreme expressions of frustration with the status quo are also abundant, taking the form of separatist movements, Euroskepticism, and new, iconoclastic parties from across the political spectrum. Meanwhile, persistent economic and security failures are reinforcing a popular instinct to lock down the borders, pull up the drawbridge, and trust only one’s clearly identifiable compatriots.

The 2016 presidential campaign has highlighted a similar pattern in the United States. Major candidates denounce political, financial, and foreign policy elites, and promise to erect enormous new trade barriers. Some on the right carve out an American form of ethnic nationalism by smearing immigrants and Muslim refugees. No international treaty or obligation is sacred. Even the country’s oldest and most trusted democratic allies are accused of “ripping off” America and threatened with extortion or abandonment.

Unlike in the United States and other democracies, where nationalist ideas are still being contested, the authoritarian leaders of Russia and China have already embarked on unilateral seizures of territory, cross-border abductions of dissidents, and the flouting of international treaties on human rights and other matters. Both regimes have argued that the internet should be subject to control by individual governments, and tacitly indicated that great powers should settle disputes among themselves rather than adhere to international law or respect the sovereignty of smaller neighbors. Both also subject ethnic and religious minorities to particularly harsh forms of repression and marginalization.

Since the Arab Spring in 2011, Saudi Arabia, and to a lesser extent Qatar and the United Arab Emirates, have pursued independent foreign policies—complete with military adventures—that circumvent regional deliberative bodies and largely rebuff UN mediation attempts. Their rapid-fire initiatives have fueled conflicts and scuttled delicate political transitions from Yemen to Libya, leaving the impression of a free-for-all that stands in stark contrast to the more cautious checkbook diplomacy of earlier decades. In the Saudi case especially, these activities are heavily colored by a sectarian animus that regards Shiites, both foreign and domestic, as enemies of the state.

The Islamic State militant group may be the ultimate example of outlaw nationalism, defying all borders and treaties with its claim on sovereignty over the whole Muslim world and its shameless slaughter and enslavement of minority groups.

Fortunately, there is ample reason to believe that these centrifugal forces will not prevail in the long run. Last year’s international agreement on Iran’s nuclear program was a welcome example of multilateral diplomacy, with a UN framework, leading to greater trade and a reduced risk of war. The recent agreements on the Trans-Pacific Partnership and climate change are still in peril, but they too suggest continued international cooperation and problem solving on issues of critical importance.

Indeed, the trade ties that have built up over the past 30 years or more cannot easily be severed by nationalist leaders with dreams of self-sufficiency. Russia is desperate to free itself from sanctions and its own countersanctions linked to the conflict in Ukraine, and many ailing petrostates are turning to global institutions like the International Monetary Fund for assistance. China could never survive a return to economic isolation, nor could the United States afford to force such a development.

But the obvious disincentives for political and economic nationalism are no guarantee against it, and its supporters could do irreversible damage before realizing their mistake.