An erosion of democratic standards around the world is now affecting the most basic element of democracy. 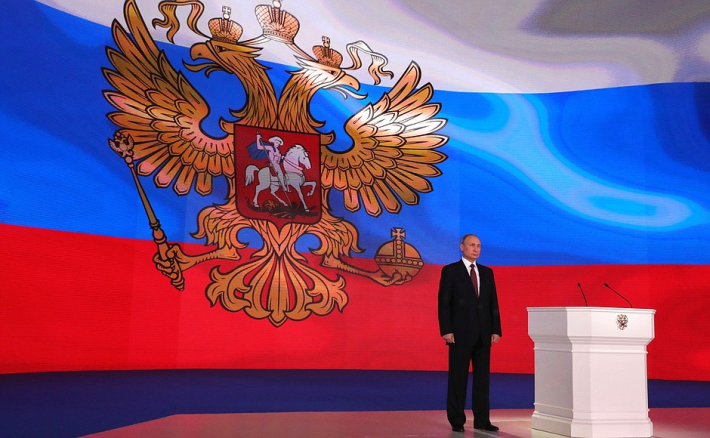 An erosion of democratic standards around the world is now affecting the most basic element of democracy.

Incumbent president Vladimir Putin has always been the presumed winner of next Sunday’s election in Russia. In fact, he has been the presumed winner of all of his elections since 2000. He has never run for office without the full support of the state and its resources behind him, he has never participated in a televised debate with other candidates, and he has always received fawning coverage from the state-controlled media.

In his first election, Putin defeated his closest challenger by nearly 24 percentage points, and no opponent has made such a strong showing since. That is partly because any opposition candidate who might have posed a genuine challenge was kept off the ballot. This year, the dynamic anticorruption campaigner Aleksey Navalny has been sidelined by a trumped-up embezzlement conviction, leading him to call for a boycott.

Lacking real opponents, Putin has relied on a stable of increasingly haggard stand-ins. Vladimir Zhirinovsky, a buffoonish ultranationalist, has been running on and off since the 1990s, and participated in the last two presidential contests, but has yet to break out of the single digits. Gennadiy Zyuganov, a veteran leader of the Communist Party, faced Putin twice and Dmitriy Medvedev—Putin’s presidential placeholder in 2008—once. Sergey Mironov, leader of the “loyal opposition” party A Just Russia, appeared on the ballot in 2004 and 2012.

A changing cast of token liberals have also participated, including Grigoriy Yavlinsky, who ran in 2000 and is running again this year. He will apparently have to share the liberal vote with Kseniya Sobchak, a television celebrity and daughter of Putin’s political mentor, former St. Petersburg mayor Anatoliy Sobchak.

Given his total dominance of the political system, it is worth asking why Putin goes to the trouble of choreographing a fake election.

A large part of the answer is that, in the absence of a well-established monarchy or a vestigial one-party state, elections are recognized as the only acceptable source of legitimacy for a modern ruler. Putin rejects “the West” and its democratic values, and ferociously attempts to bring down the liberal international order established after the collapse of the Soviet Union, but he still lives in a world where a total lack of electoral legitimacy is a usually source of shame or embarrassment.

Evidence of this can be seen in his own past election results. His strongest showing came in 2004, when he was credited with 71 percent of the vote. He could easily command a larger total by means of fraud and other skullduggery: In 2012, the returns for Putin in some regions approached 100 percent, and turnout reportedly exceeded the number of registered voters in certain districts.

However, vote percentages in the 80s or 90s would put Putin’s Russia in the company of some very unsavory regimes, including dictatorships in Central Asia, Africa, and the Middle East. Even leaders in those countries sometimes betray a certain sense of embarrassment, as when Azerbaijan’s election authorities accidentally released the 2013 presidential results before citizens had even voted, or when Kazakhstan’s president, Nursultan Nazarbayev, publicly apologized for his 97.7 percent win in 2015. “If I had interfered,” he said, “I would have looked undemocratic, right?”

Where there is shame, there is an intact norm of behavior. But the events of the last several years suggest that the international norms surrounding elections are rapidly decaying.

Freedom in the World, Freedom House’s annual report on political rights and civil liberties, has tracked a 12-year decline in democratic institutions around the world. For most of that period, the most dramatic losses were in the areas of media freedom, freedom for civil society organizations, and the rule of law. In many countries, performance on electoral process actually improved, possibly because some leaders had more confidence at the ballot box after establishing control over the press and the courts and suppressing civic activism.

Over the last five years, however, the number of countries with declines on electoral process has come to exceed the number with gains, suggesting that this final guardrail—or in some cases fig leaf—of democracy is giving way.

In 2017 alone, more than two dozen countries and territories assessed by Freedom in the World lost ground on electoral process. In many places the year’s elections were simply less democratic than in the past, but in others term limits were removed, elected politicians were improperly forced from office, or elections were postponed. Some governments—like those of Lebanon, the Democratic Republic of Congo, and South Sudan—are operating under electoral mandates that have long since expired.

The size of Putin’s prearranged victory on Sunday will say something about the endurance of the most rudimentary norms of democracy. It seems likely that the result will match past figures, hinting that on some level, the Kremlin wants voters and the international community to see Russia as a modern, civilized country—or at least more modern and civilized than its Eurasian or Middle Eastern counterparts. Egypt’s Abdel Fattah al-Sisi will seek reelection on March 26 after winning nearly 97 percent of the vote in 2014, and Azerbaijan’s Ilham Aliyev will face voters on April 11 after claiming more than 84 percent in 2013.

However, if the world is to reverse its 12-year drift away from democracy, it will have to set the bar much higher than embarrassment at absurdly uncompetitive elections. Ordinary citizens and the international community must take offense at and impose penalties for the long list of antidemocratic abuses that lead to such outcomes: the jailing and murder of opposition leaders, the closure of independent media outlets, the politicization of courts, the regulatory harassment of civic groups.

Without such pressure, democratic norms could deteriorate to the point that even make-believe elections no longer seem necessary.