Self-Government Means Self-Control, Even in the Presence of a Burkini

The debate over swimwear in France touches on broader questions of provocation and outrage that go to the heart of what it means to live in a democratic society. 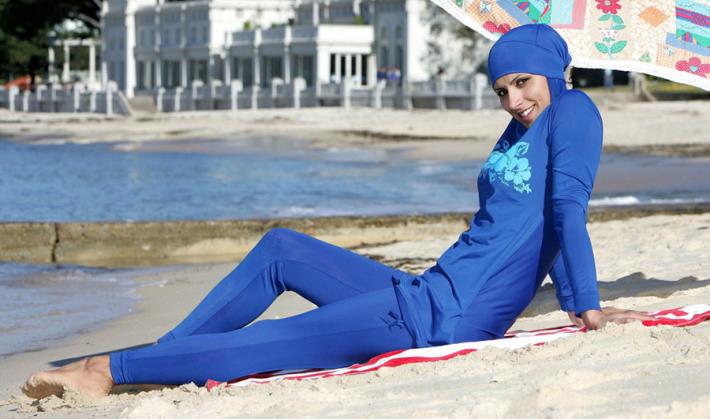 The debate over swimwear in France touches on broader questions of provocation and outrage that go to the heart of what it means to live in a democratic society.

There are many ironies and contradictions in the recent rash of “burkini” bans by French cities and towns. The claim that such wetsuit-like garments are “unhygienic” would come as a surprise to Jacques Cousteau, and it is difficult to compute the idea of police ordering women to remove their clothing so as to save them from patriarchal oppression.

But the most problematic aspect of the bans is their invocation of “public order.” Citing the trauma associated with recent terrorist attacks by Islamist militants, they suggest that the appearance of recognizably Muslim women at the beach could arouse the emotions of others and provoke a disturbance. Although the Council of State, in striking down some ordinances, said there was no evidence of such a risk to public order, the national debate has continued. It is unclear what would happen if the matter came before the council again, after an actual disturbance had occurred.

Similar appeals to public order are made to justify other abusive laws around the world, including blasphemy laws and rules against “immodest” dress or behavior by women. They are implicitly founded on the notion that the state must suppress any stimuli that could cause people to lose control of themselves: Confronted with an immodestly dressed woman, men could commit rape or adultery. Faced with apparent sacrilege, a pious mob could commit murder or arson.

This view of the state’s role essentially removes responsibility from the aggressors and condones their violent reactions to perceived provocations. Because the definition of a valid provocation is highly subjective, the state must impose its own view. Certain types of outrage receive official sanction.

The burkini bans, for their part, sympathize with anti-Muslim violence and regard the mere appearance of a covered Muslim woman in public as a valid provocation. They ask women to give up their fundamental rights to personal autonomy, freedom of expression, freedom of movement, and freedom of religion so that they will not attract the aggression of others.

The bans are also unusual in that most laws of this kind appear in countries ruled by autocratic regimes. Dictators, having suppressed peaceful forms of dissent, always fear riots; they have no qualms about violating individual rights; and they are eager, for selfish reasons, to defend orthodox views against nonconformists.

In a truly democratic society, however, people govern themselves. They are given the responsibility of choosing their leaders and deciding on weighty matters of foreign and domestic policy. They are also expected to obey the law and regulate their own actions, to express themselves peacefully and engage in civil debate. In short, they are treated as rational, autonomous, accountable citizens, not excitable mobs.

The French should be quite familiar with these ideas, as they have come up regularly in recent years, particularly in connection with the 2015 terrorist attack on Charlie Hebdo. Many agreed at the time that the magazine’s cartoonists had a right to express themselves and perhaps even a duty to offend, as their work represented the outer frontiers of free speech. Offended parties were in turn free to express their own views in the proper forums, but they were forbidden from engaging in violence or aggression.

If that standard is applied to deliberately provocative artists who publish and disseminate their work, surely even greater protection should be granted to a private individual whose only offense is appearing in public in her chosen attire, with no explicit intent to provoke anyone. The appropriate response for those who disapprove is simply to wear something else.

The state has an obligation to protect public order, but its efforts must rest on a democratic foundation of personal autonomy, responsibility, and self-control.