The Slippery Slope of Hostility toward the Press

Mild verbal attacks on journalists can easily drift into something more sinister, imperiling a central pillar of democracy. 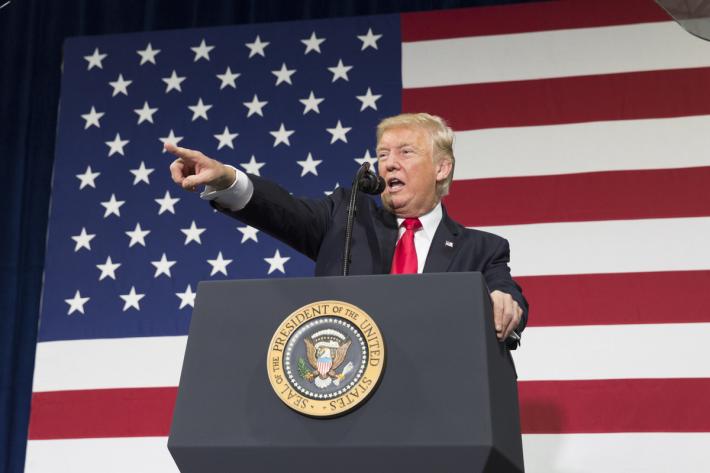 Mild verbal attacks on journalists can easily drift into something more sinister, imperiling a central pillar of democracy.

Politicians around the world have developed the habit of responding to critical media coverage by castigating the journalists responsible rather than simply rebutting them on the merits.

This occurs in democracies and authoritarian states alike, with radically different results depending on the strength of country’s institutions. What stops at mere words in one locale can easily lead to a journalist’s imprisonment, exile, or murder in another.

But the quotations below illustrate how the rhetoric itself exists on a single continuum, with no obvious barriers to prevent a given politician from sliding into the worst extremes. One might start by questioning journalists’ integrity and professionalism, then attack their motives and cast doubt on their patriotism. Before long they are foreign hirelings and spies, traitors and criminals. And it is the fate of traitors and criminals to end up dead or in prison.

The institutional safeguards of democracy may prevent lasting damage from these attacks in the countries lucky enough to have them, but such protections will not hold if elected leaders continue to batter them—and if citizens take them for granted.

“Every citizen is paying them so they can incite hatred against individuals from the government just because they do not think like them. I have not been on RTS for four or five months, and I will continue not to go on.”
—Aleksandar Vučić, president of Serbia, on a public broadcaster with some degree of independence in 2016

“Every evening [the Hadashot news program] broadcasts false rumors and character assassinations of me and my family. Real Bolshevik propaganda that is just tales from years ago that never even happened.… It’s clear why the public doesn’t buy their garbage!”
—Benjamin Netanyahu, prime minister of Israel, on coverage of ongoing corruption probes

“In the next nine months we’ll have to stand our ground against Soros’s mafia network and the Brussels bureaucrats, and the media operated by them.”
—Viktor Orbán, prime minister of Hungary, ahead of elections in April 2018

“Some of you are dirty anti-Slovak prostitutes, and I stand behind that expression.”
—Robert Fico, head of Slovakia’s ruling party, on journalists raising corruption concerns in 2016

“So funny to watch the Fake News, especially NBC and CNN. They are fighting hard to downplay the deal with North Korea.… Our Country’s biggest enemy is the Fake News so easily promulgated by fools!”
—Donald Trump, president of the United States, following his June 2018 summit with Kim Jong-un

“The media have reached the bottom. First, they were directly involved in the putsch attempt.… Secondly, then they showed what had happened in a completely hypocritical way.… We were dealing with disgusting lies.”
—Jarosław Kaczyński, head of Poland’s ruling party, on coverage of antigovernment protests in 2016

“There are evil papers like the Monitor. Red Pepper, those are just stupid. There is a difference between stupidity and evil…. That talk by Monitor … must stop. Otherwise I will do something about it.”
—Yoweri Museveni, president of Uganda, on coverage of the country’s debt level

“The person who wrote this story will pay a heavy price for it; I won’t let him go unpunished.”
—Recep Tayyip Erdogan, president of Turkey, in 2015 on a newspaper whose editor later fled the country

“We must not let it continue to exist, this media that acts as a mafia.”
—Hun Sen, prime minister of Cambodia, accusing reporters of extortion in 2018

“Just because you’re a journalist you are not exempted from assassination, if you’re a son of a bitch.”
—Rodrigo Duterte, president of the Philippines, citing corruption to explain the murder of journalists in 2016

“According to Saviano (who is poor in spirit, but not in his bank account) I am (and therefore you are) racist, ignorant, ranting and have bad grammar. If we go into government … we will take away that useless security detail.”
—Matteo Salvini, deputy prime minister of Italy, in 2017 on a journalist under police protection for his reporting on organized crime