Governments that choose the path of media repression often pass by familiar landmarks as they descend into authoritarian rule. 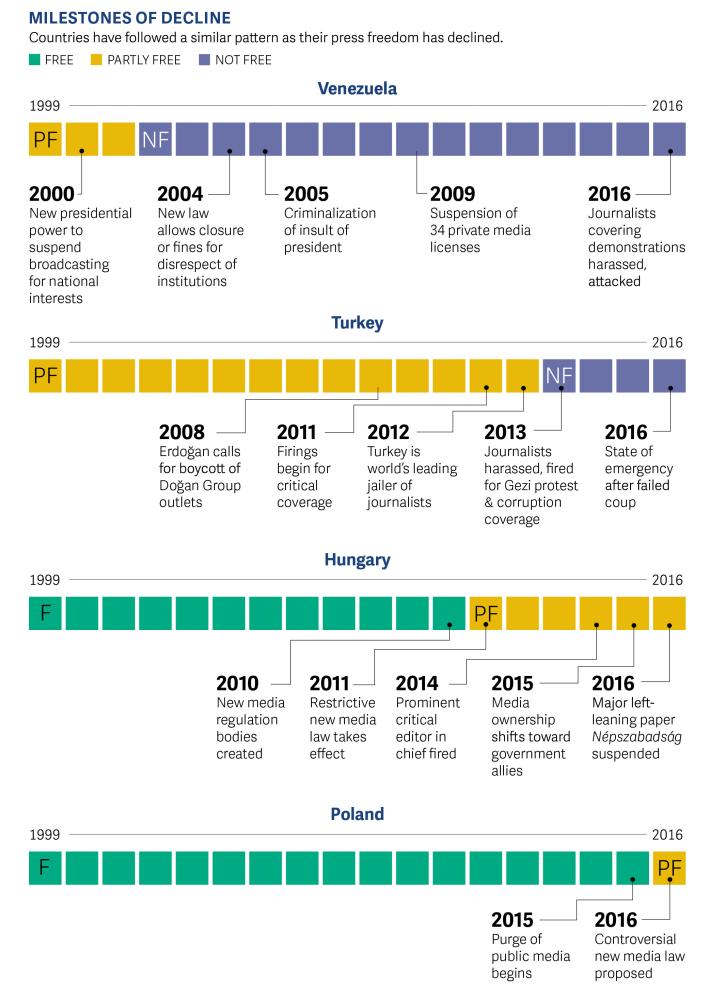 Governments that choose the path of media repression often pass by familiar landmarks as they descend into authoritarian rule.

Many countries have suffered dramatic declines in press freedom over the past decade or more, according to the latest edition of Freedom House’s annual Freedom of the Press report. But each has fallen from a different starting point, resulting in a great variety of media environments.

While it would be a mistake to suggest that conditions in all of these countries are the same, there are certain echoes and patterns in their governments’ actions as they expand their crackdowns on the press: Restrictive new legislation is adopted. Private owners are pressured into selling their outlets or firing their staff. Journalists are attacked or imprisoned.

In the examples below, Turkish president Recep Tayyip Erdoğan and late Venezuelan president Hugo Chávez began their assaults on the media many years ago, and both countries’ media environments are now designated Not Free, but their regimes continue to take repressive actions today. Hungary is one of the more recent battlegrounds for press freedom, deteriorating sharply since 2010. Poland’s decline began only at the end of 2015, and already the same sorts of practices have started to appear. 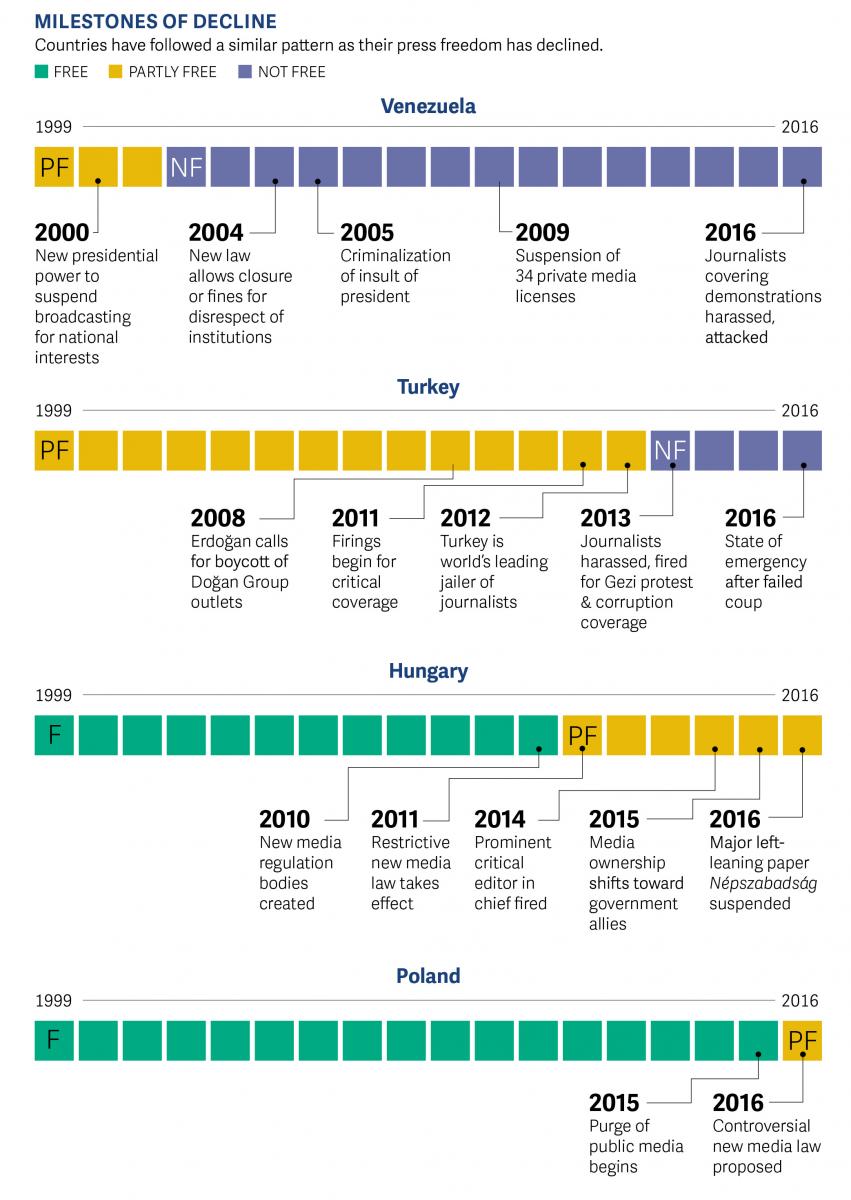