The Struggle for Democracy in Asia Deserves Our Support

Regional activists and experts are concerned about pressing threats, but also ready to organize for long-term progress. 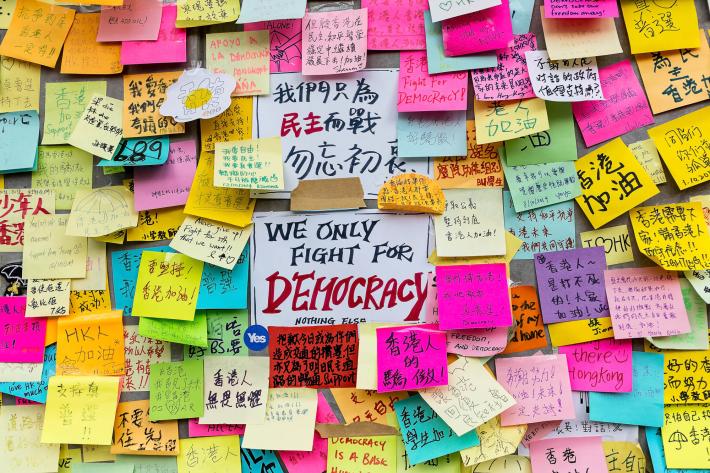 The expansive Indo-Pacific region features some of the world’s worst dictatorships and several of its best and brightest democracies. Most notable in the first category is China, which has grown more repressive in recent years, but there is also the dynastic totalitarian state in North Korea, which consistently ranks near the bottom of the Freedom in the World report’s 100-point scale. And last year, the return of Taliban rule in Afghanistan and the military coup in Myanmar caused those countries to register the report’s steepest annual declines—17 points and 18 points, respectively.

In contrast with this grim picture, the region’s democratic success stories continue to unfold. South Korea and Taiwan remain free and open societies after transitioning from military dictatorships three decades ago—refuting the self-serving authoritarian claim that “Asian values” preclude democracy. Other countries like Japan, New Zealand, and Australia have long been among the top democratic performers in the world.

I traveled this month to Japan and South Korea to meet with leading civil society figures, former government officials, and academic experts, help assess the state of democracy in the region, and brainstorm strategies for strengthening democratic governance and respect for human rights. The conversations were held under the auspices of the Sunnylands Initiative, launched in 2020 at the former Annenberg family estate in California by the National Endowment for Democracy and the Center for Strategic and International Studies. The goal of the initiative is to create a platform for advancing democracy in the Indo-Pacific region.

Because of the pandemic, it took more than two years for the group to assemble again, this time in Odawara, Japan, where we were hosted by the Japan Center for International Exchange. In attendance were 27 participants from countries across the region, including Australia, Japan, India, Indonesia, Malaysia, the Philippines, South Korea, Taiwan, and the United States.

The conversations were held under the Chatham House Rule, meaning individual participants and their comments should not be publicly discussed, but I can describe some of the major themes of the gathering—which included deep concern over the growing power of China’s authoritarian regime and its impact on freedom, and over democratic backsliding in the region, fueled by disinformation, political polarization, and other trends.

There was extensive discussion about the fate of the region’s civil society groups and human rights activists, who have come under severe attack in settings such as Afghanistan, Myanmar, and Hong Kong. The pressures on independent media, a crucial check on governments everywhere, was also cited as a great concern. We discussed the Russian invasion of Ukraine and what it may mean for the future of Taiwan; the leaders of several pivotal countries in the region, most notably India, have adopted a more neutral stance toward Moscow’s actions when compared with their counterparts in Europe. The role of the United States was a key topic, with some expressing concern over the lingering effects of the US military interventions in Iraq and Afghanistan on support for democracy in the region.

The hope of the Sunnylands group is, over time, to turn talk into action—to stimulate concrete steps, for instance, to address the needs of displaced activists across the region by providing refuge, fellowships, and other kinds of support. One possibility would be to create a new democracy “architecture” for the Indo-Pacific that would draw resources from democratic governments and invest them in prodemocracy efforts, as does the US National Endowment for Democracy or the Taiwan Foundation for Democracy.

Given recent trends in Asia and beyond, it is all too easy to lose hope for the future of democracy. But as we were reminded during our discussions, citizens across the region continue to demonstrate their desire for democratic rights and governance. We saw recently in Sri Lanka how the largely peaceful exercise of “people power” dislodged a political dynasty that had seriously failed the public. In places as diverse as Hong Kong, Afghanistan, the Philippines, and Thailand, ordinary residents are not giving up on their rights despite extremely difficult circumstances.

Perhaps most dramatically, the people of Myanmar continue to express dissent and fight for their freedom in the face of vicious repression, including recent executions and widespread extralegal violence by the military junta. In fact, some contend that the brutal injustices meted out by the regime have only strengthened the people’s resolve to demand their rights, even at the risk of their lives.

I am not sure how these stories will end, but we need to take heart from such heroic efforts and look for creative new ways to support the civil society groups, movements, and brave individuals who are on the front lines of the struggle for democracy. I hope the Sunnylands Initiative will make a valuable contribution to this cause.