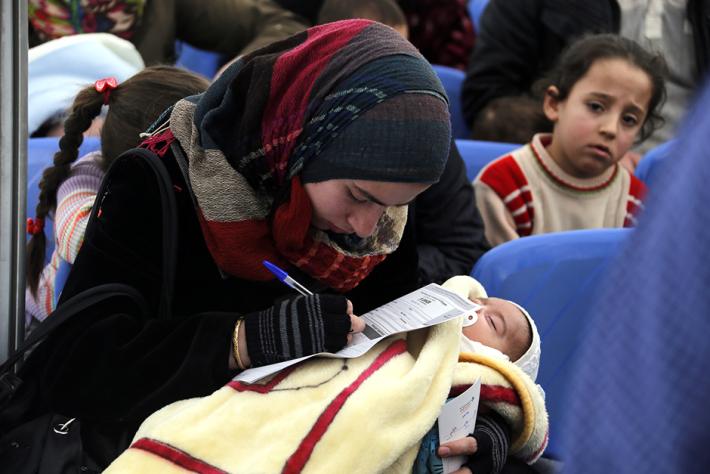 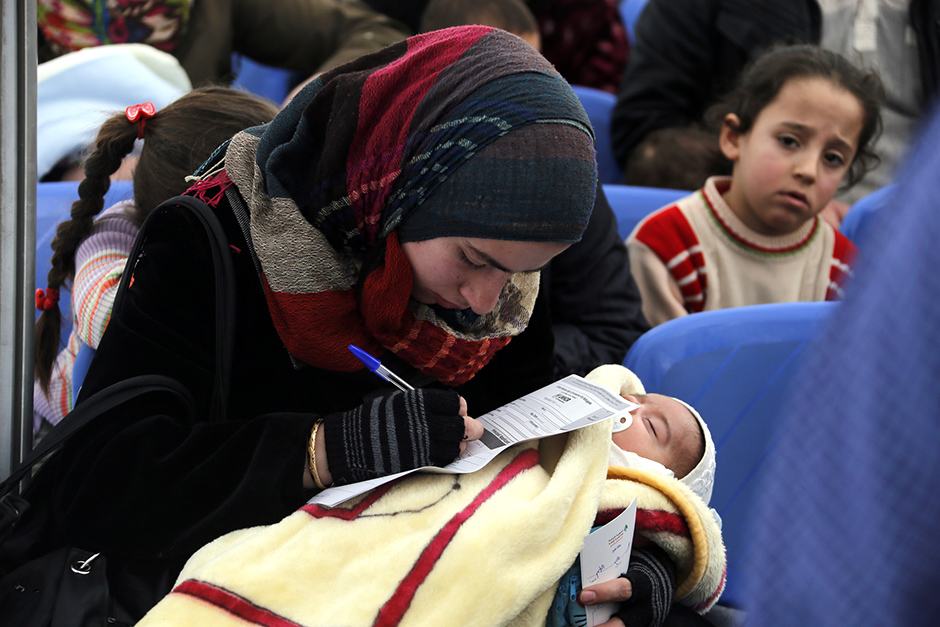 As the international community grapples with the influx of refugees, there are a number of seminal documents that outline the personal rights and international responsibilities applicable to Syrian refugees. The conventions and declarations listed below serve as the foundation for universal human rights principles, and should remain the basis for the intake programs implemented by individual governments.

Although the Universal Declaration of Human Rights is not itself a treaty, it sets the standard for fundamental freedoms and human rights in international treaties and other legal documents. It was adopted in 1948 by the UN General Assembly to outline the tangible implications of the UN Charter. All 193 member states are bound by the UN Charter.

Article 14 of the declaration is relevant to the status of Syrian refugees because of the political and religious persecution inflicted on civilians by Syrian president Bashar al-Assad’s government and the Islamic State militant group, among others. Atrocities in the country have included chemical weapons attacks, indiscriminate shelling and aerial bombardment, blockades of populated areas, and summary executions for perceived political and religious offenses. The principle of asylum should be applied to the more than 4 million refugees who have registered with the Office of UN High Commissioner for Refugees (UNHCR) since 2011. In addition to these refugees, over 7 million Syrians remain internally displaced.

The Convention relating to the Status of Refugees was adopted in 1951 to protect those who were forced from their homes during and after World War II. The convention was extended to all refugees by a 1967 protocol that removed the link to the war, with its temporal and geographic limitations.

The UNHCR states that according to the convention, a refugee “is someone who is unable or unwilling to return to their country of origin owing to a well-founded fear of being persecuted for reasons of race, religion, nationality, membership of a particular social group, or political opinion.”

Countries in the Middle East and Europe have already received hundreds of thousands of refugees from Syria. Lebanon has taken in over a million, and Turkey over two million. The United States has pledged to increase its intake of Syrian refugees to at least 10,000 in the next fiscal year, from a total of some 1,500 since 2011.

However, recent attacks in Paris by the Islamic State have catalyzed a social and political backlash against refugees seeking protection from the conflict. The surge in discrimination against refugees from Syria, particularly Muslims, for atrocities they did not commit is in direct conflict with the convention and protocol agreed upon by 142 states. Legitimate refugees cannot be turned away on the basis of religious belief or country of origin. Indeed, many Syrian Muslim refugees are fleeing the very extremism that motivated the recent terrorist attacks.

The Convention against Torture, adopted by the UN General Assembly in 1984 and effective in 1987, defines and prohibits acts of torture and other cruel, inhuman, or degrading treatment. The convention currently has 158 states parties.

From the use of chemical weapons to beheadings as a form of extrajudicial execution, a variety of acts that plainly qualify as inhuman treatment have been carried out by the combatants in Syria. According to Article 3, then, Syrian refugees cannot be returned to their country of origin, nor should the international community force vulnerable civilians to remain in such an environment.

Convention on the Rights of the Child

The Convention on the Rights of the Child came into effect in 1990. An overwhelming 196 UN member states are party to the convention (though the United States is only a signatory). The primary purpose of the convention is to outline a set of rights for children as human beings rather than objects of custody.

Article 22, sec. 1: States Parties shall take appropriate measures to ensure that a child who is seeking refugee status or who is considered a refugee in accordance with applicable international or domestic law and procedures shall, whether unaccompanied or accompanied by his or her parents or by any other person, receive appropriate protection and humanitarian assistance in the enjoyment of applicable rights set forth in the present Convention and in other international human rights or humanitarian instruments to which the said States are Parties.

Children inside Syria are facing a myriad of hardships and rights abuses. According to UNICEF, 2.6 million children are no longer in school, and 2 million are living as refugees or on the run in search of safety. Children are being targeted for abduction and unlawful detention in prisoner exchanges, and have been utilized as child soldiers. Even without the prompting of international law, it should be obvious that children are often the most vulnerable population in any society, and that the world has a moral and ethical obligation to protect them.

The concept of the Responsibility to Protect (RtoP) stems from a 2001 report by the International Commission on Intervention and State Sovereignty, which examined the problem of sovereign states that are unwilling or unable to protect their own populations from mass atrocities. The UN member states adopted the principle of RtoP at the 2005 World Summit. It holds that the state is primarily responsible for protecting its population from grave abuses, and that the international community must encourage and assist states in doing so. However:

Syrian authorities are currently unable and unwilling to protect their population from mass atrocities. Government forces are carrying out many of these abuses themselves, and are not protecting civilians from the Islamic State and other extremist groups operating in the country. The international community must use all means at its disposal to ensure that Syrian citizens are protected—including accepting them as refugees until peace and safety can be restored in Syria.

A government’s duty to protect its own citizens is of the utmost importance, but it cannot be misused as a justification for denying entry to refugees facing real threats. The international community is legally bound to meet the obligations and responsibilities outlined in these texts.