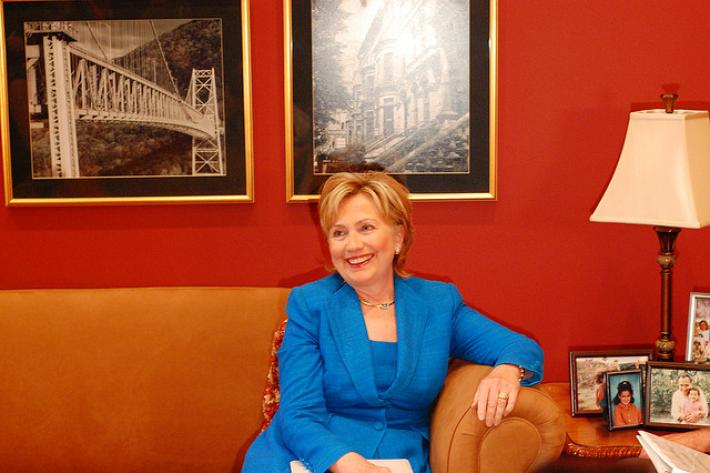 The race is on. While the next U.S. presidential election is still 18 months away, candidates have begun to launch their campaigns. On the Republican side, Ted Cruz formally opened the campaign season last month, Rand Paul announced his candidacy on April 7, and Marco Rubio is expected to follow on April 13. Hillary Clinton is also expected to join the race soon and become the Democratic Party’s nominee.

Freedom House will have much to say in the coming months about U.S. policies to support democracy and human rights abroad. For now, we pose these questions to candidates of both major parties:

2. The U.S. government has muted its criticism of human rights abuses committed by its security partners, including Saudi Arabia, Bahrain, Ethiopia, Azerbaijan, and Uzbekistan. Should the United States continue to give these governments a pass on their human rights abuses?

3. Do you support the Global Magnitsky Human Rights Accountability Act, which would impose visa bans and property sanctions on individuals responsible for gross human rights abuses and large-scale corruption?

4. What place do you think human rights should have on U.S. the agenda with China? What will you do as president to address the Chinese government’s growing repression, including censorship that affects American journalists and businesses? Will your approach differ from that of past administrations? If so, how?

5. How do you intend to stop Russia’s encroachments in Ukraine? Will you defer to Germany’s and France’s leadership on this issue? And what level and kinds of support would you provide to Ukraine?

6. Do you agree with the experts who say that the United States and its democratic allies are losing the “information war” with Russia? How do you plan to counter the international influence of Russian—and Chinese—propaganda?

7. As seen in last month’s terrorist attack in Tunis, which killed 21 foreign tourists, Tunisia still faces a number of threats on its path to consolidated democracy. What will you do to help ensure the success of democracy in Tunisia?

8. Egypt has experienced a surge in terrorist attacks since then general, now president Abdel Fattah al-Sisi seized power in a coup and cracked down on his critics. Do you support the resumption of U.S. military aid to Egypt at this time? If so, what evidence do you have that al-Sisi’s policies are making Egypt more stable? If not, how do you propose to persuade al-Sisi to make room for nonviolent political opposition?

9. The Obama administration has launched several large-scale development initiatives in Africa, such as Power Africa, which were funded in part by sharp cuts in democracy support programs. Would you continue this emphasis on traditional development programs or restore funding for democracy support in Africa to its previous level?

10. Do you believe that U.S. counterterrorism efforts adequately protect the civil rights of Americans? Would you curb or end the National Security Agency’s bulk collection of domestic phone metadata?