The Thai Military’s Bid to Control Democracy Is Floundering

The junta wrote the rules for the recent elections, but it doesn’t seem to like the results. 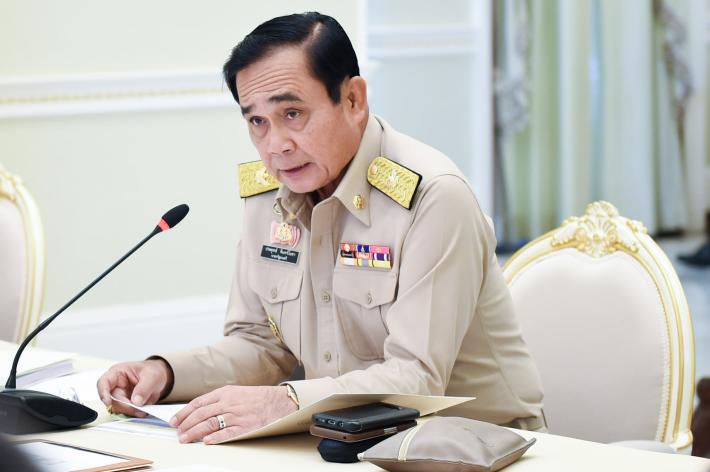 The junta wrote the rules for the recent elections, but it doesn’t seem to like the results.

Nearly four weeks have passed since Thailand held its first elections in five years, and the country is still in limbo, waiting for final results to confirm what many already know to be true: that the ruling military junta will do whatever is necessary to keep its grip on power.

Military coups in Thailand are frequent, swift, and largely bloodless, and the 2014 action that brought the current junta to power was no exception. Since 1932, Thailand has experienced an average of one coup every seven years, and amnesty provisions for the generals involved are built into each new regime’s constitution. Such safeguards are deemed necessary in part because the political forces backed by the outgoing junta usually lose the first postcoup elections.

The current junta, having noted this pattern, added provisions to the 2017 constitution that will allow it to retain political control even in the event of unfavorable election results. The prime minister needs to be chosen by a combined majority of the Senate, whose 250 members are appointed by the military, and the House of Representatives, whose 500 members are directly elected. In other words, a military-backed candidate needs the support of only 126 members of the House of Representatives to reach the required threshold.

The March 24 elections were the first to take place under this new constitution, and as predicted, the military-backed Palang Pracharat party did not appear to secure a majority in the House. Exactly how badly the party lost will not become clear until final results are released, probably next month. But there is already reason to doubt the authenticity of those results.

The Thai Election Commission has postponed the announcement of official results in order to allow more time for people to submit fraud complaints; the commission has received at least 330 so far. Thai media outlets, particularly Voice TV, have been able to make informal estimates of the number of seats won by each party using the information already available, and critics of the official delay have argued that the commission is just buying time to alter the numbers in favor of Palang Pracharat.

There have been several irregularities in the process so far—most notably the invalidation of more than 2 million ballots, the discrediting of at least 66 candidates’ final vote counts, and the announcement of rerun elections at six polling sites. Protesters in New Zealand staged a mock funeral for ballots cast by Thai overseas voters that went missing.

If the junta is attempting to alter the results, it may be motivated in part by the opposition’s postelection activities. The largest prodemocracy party, Pheu Thai, announced that it would seek to form a coalition with any other party that supports democracy and opposes military rule, including the sizeable Future Forward Party and several others. Such a coalition could present a challenge to Palang Pracharat and even form a majority within the House, as years of economic stagnation and corruption have disenchanted many supporters of the military coup and strengthened the democracy movement.

Nevertheless, regional divides, restrictive laws, constitutional barriers, and the appointed Senate would likely prevent democratic parties from taking and holding power. Key opposition figures are already facing trumped-up criminal charges, and the authorities have not hesitated to crack down on other forms of dissent, engaging in violations of freedom of expression and freedom of assembly throughout the campaign period.

The elections, flawed as they were, have unleashed democratic forces in Thai society that were pent up during the five years of military rule, producing modest victories that are worth celebrating: The Future Forward Party, a progressive newcomer to the political arena, led the voting in the capital region. The Mahachon Party supported Pauline Ngarmpring as the nation’s first-ever transgender candidate for prime minister. The proportional component of the seat-allocation system, designed to dilute opposition to the military by awarding seats to a large number of parties, ended up granting representation to small special-interest parties that might otherwise have been excluded. More than 30 new political parties registered to participate in the elections.

While the military has gone to great lengths to subdue its opponents, Thais’ democratic aspirations show no signs of ebbing. Opposition parties have proven that they remain a force to be reckoned with, and they are demanding transparency as the postelection vote-counting process plays out. The junta will probably hang on to power for the time being, but it will have to do so through a raw exercise of undemocratic authority. If the generals hoped that the elections would legitimize their rule, in that sense they have already lost.