Tunisia: Saied’s Draft Constitution Is an Assault on Checks and Balances, Political Pluralism

The only choice available in next week's referendum is to lock in damage to Tunisia's democracy. 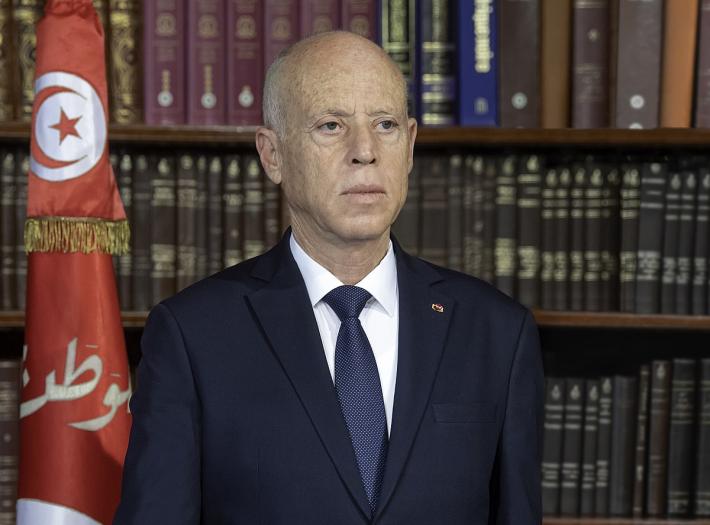 In advance of next week’s referendum on the draft Tunisian constitution presented by President Kais Saied, Freedom House issued the following statement:

“The Tunisian authorities must respect people’s fundamental rights. Freedom House calls on President Saied to cease his pursuit of one-man rule and engage in a substantive, inclusive dialogue with Tunisian civic organizations, activists, and political parties. Tunisian leaders have historically turned to open discourse to weather political crises, because they knew that the success of any political project depends on the buy-in of the Tunisian people.

“We stand in strong support of Tunisian civil society, which has long defended freedom in the face of authoritarian challenges, and we call on the United States, other democratic nations, and international organizations to establish a unified position on supporting the restoration of democracy in Tunisia.”

On July 25, 2021, President Saied invoked a contested interpretation of Article 80 of the Tunisian Constitution to claim emergency powers, dismiss the government of Prime Minister Hichem Mechichi, and freeze activity of the Assembly of the Representatives of the People (ARP), Tunisia’s national legislative body. In the following months, Saied declared that he would govern by presidential decree and announced his “political roadmap,” including a constitutional referendum in July 2022.

By March 2022, the president had dissolved both Tunisia’s parliament and its Supreme Judicial Council, which he replaced with a new “interim council” of members handpicked by him. This move effectively ended judicial independence in Tunisia. The first public draft of President Saied’s new constitution was published on June 30, 2022; Saied did not publish a definitive version until July 8, leaving little time for public review before the referendum on July 25.

Since Saied’s power grab in July 2021, opposition politicians and activists have faced online smear campaigns, defamation, and accusations of treason and espionage. Several elected members of parliament, journalists, and activists have been summoned by the country’s military prosecutor in connection with their criticism of the president and his agenda. The president has been openly hostile toward civil society organizations, particularly those receiving foreign funding.

The composition of the Independent High Authority for Elections (ISIE) was amended by presidential decree ahead of the referendum and is now composed of individuals nominated directly by Saied. The independence and impartiality of the commission are in question.

Freedom House is a nonprofit, nonpartisan organization that works to create a world where all are free. We inform the world about threats to freedom, mobilize global action, and support democracy’s defenders